The American Botanical Council's tea market report shows sales of herbal and other teas increased in 2014.

Sales of loose, bagged, concentrated, and herbal teas in the U.S. increased by 3.6% in 2014, reaching a total of $1.81 billion, while RTD tea sales in the U.S. rose to $2.49 billion, an increase of approximately 4.4% over 2013 sales. Based on available figures and beverage trends, growth in the RTD sector is expected to continue for the next several years.

According to the report, growing demand for tea in the U.S. is being driven by three primary factors: health and wellness trends, positive media coverage, and an evolving retail landscape.

Consumers are seeking affordable, safe ways to enhance their personal wellness and self-care regimens. For nine consecutive years through 2013, sales of carbonated soda beverages have fallen as consumers have become more conscious of healthier alternatives. Even fruit juices, because of their high natural sugar content, have experienced a backlash recently. Consistent media coverage is delivering a stream of positive news on the research validating health benefits of tea consumption particularly green tea—that is helping to educate and motivate consumers to choose tea.

This is the second time ABC has published its Tea Market Report. ABC’s first, the 2013 tea market report, was published in the November 2014 issue of HerbalEGram, the organization’s monthly online magazine, which provides original reporting on current news pertaining to the botanical and natural products communities.

The HerbalGram tea market report is based on sales data from the mainstream multi-outlet, natural, and specialty/gourmet channels supplied by SPINS (and SPINS Multi-Outlet powered by IRI [a Chicago-based market-research company]). The data do not include tea sales from food-service settings including restaurants, cafés, delis, and similar establishments. Additionally, sales from a number of other tea distribution channels—including food service, mail order, online, network marketing, convenience stores, Whole Foods Market, and thousands of independent specialty tea shops—are not assessed by any single entity. Were those sales data available and included, the report estimates total U.S. tea sales for 2014 could be in excess of $15 billion.

HerbalGram’s 2014 Tea Market Report includes 10 tables, which present isolated and combined sales data from the mainstream multi-outlet, natural, and specialty/gourmet channels in 2014, as well as sales figures from burgeoning niche categories such as organic, non-GMO, and Fair Trade teas. Additional tables rank sales by packaging as well as the top-selling primary herb ingredients in herbal beverage and medicinal teas.

“The tea market continues to expand, and, with our 2014 report, for the first time we’ve compiled and reported these data in HerbalGram,” said ABC Founder and Executive Director Mark Blumenthal. “The growth in the tea market parallels some of the strong, sustained growth that we have documented for many years in the HerbalGram Herb Market Report. (The herbal supplement market data to which Blumenthal refers may be found in ABC’s annual Herb Market Report, which tracks a category of products other than tea.) 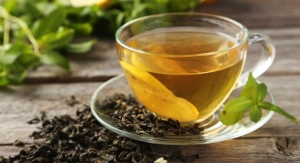 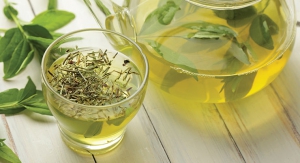