Known for bone-support benefits, vitamin K2 as MK-7 has also been recognized as vital for heart health. 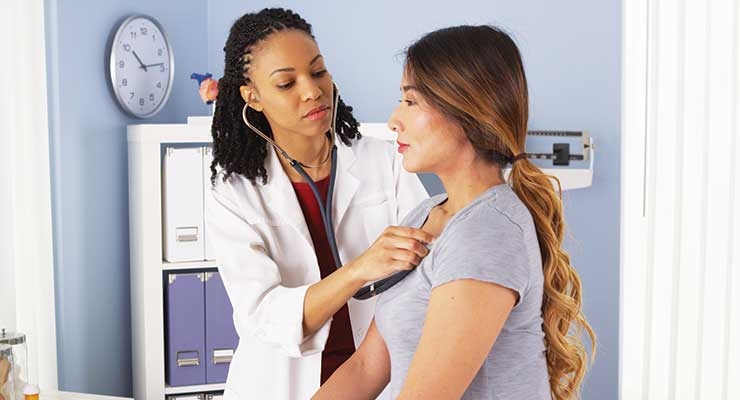 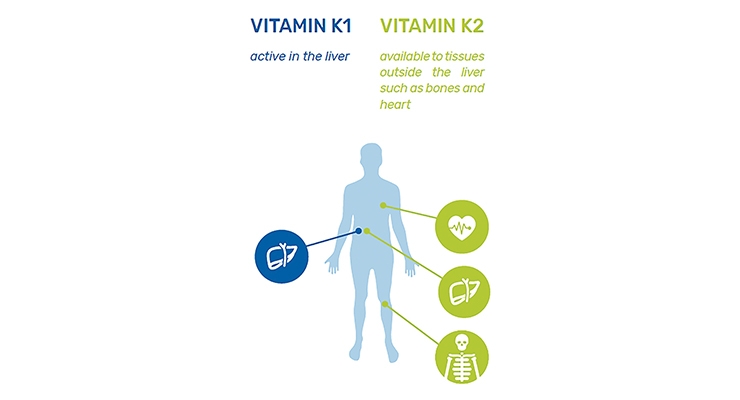 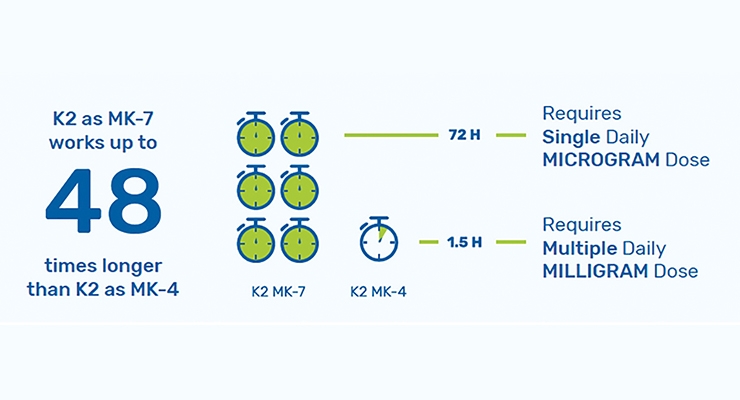 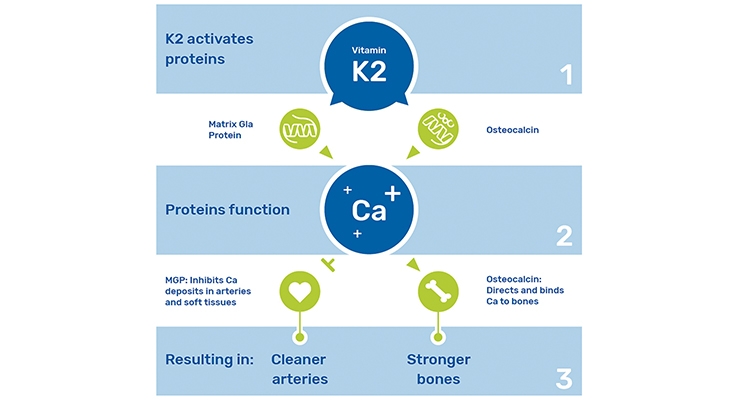 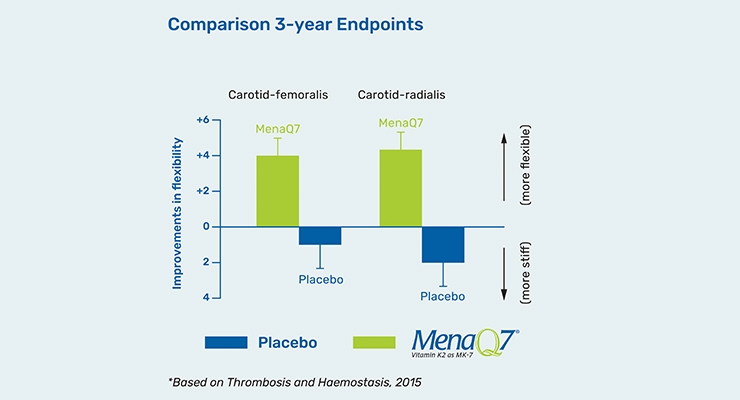 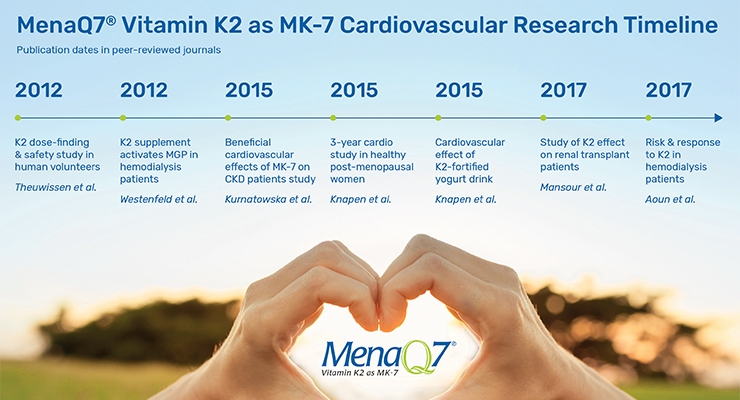 Over time, calcified plaque hardens and narrows the arteries, limiting the flow of oxygen-rich blood to vital organs such as the heart, brain, kidneys, and arms and legs. Plaques normally contain calcium that, ideally, should be bound to the bone mineral matrix (promoting bone health) instead of setting into arteries and soft tissues (increasing the risk for cardiovascular diseases).

This calcification was once thought to be an age-related condition—that calcification simply builds up over time. However, NattoPharma contends that this condition, along with compromised bone health due to calcium not being properly utilized, are not simply age-related; but the product of a vitamin K2 deficiency.

Here we will provide the substantial body of evidence confirming vitamin K2’s role as a cardiovascular-support nutrient.

K2 as MK-7 Matters Most
Vitamin K is a family of vitamins, the most important being vitamins K1 (phylloquinone) and K2 (menaquinones). Think of them as fraternal twins. They have similarities, such as working in the liver for blood clotting, and chemically they share a quinone ring called menadione.

But that is where their similarities end.  Vitamin K2 has several molecules, called menaquinones, which make K2 available beyond the liver for other systems. Vitamin K1 is found in green vegetables and is needed for proper blood coagulation. Vitamin K2 is, for all practical reasons, not found in the western diet, but is essential to avoid calcium deposits in the arteries as well as to build and maintain strong bones. (See Figure 1.)

Further, the serum half-life of MK-4 is just a few hours compared to a 3+ day half-life for MK-7.

So, although they have the same molecular mechanism of action, MK-7 is more bioavailable than MK-4. And due to MK-4’s short half-life and poor bioavailability, it requires multiple doses per day at milligram levels—versus MK-7’s microgram levels—for measurable efficacy. (See Figure 2.)

The Vitamin K2 Mechanism
Vitamin K2 as menaquinone-7 (MK-7) manages health by promoting a state of homeostasis. It will improve functional equilibrium of both the cardiovascular and skeletal systems—ensuring robust, active health, provided sufficient daily amounts of vitamin K2 as MK-7 are obtained.

Balance for both systems are achieved via MK-7’s interaction with calcium. Incoming calcium is utilized to help build bone. In the opposite direction, calcium tends to settle inside arteries and soft tissues, causing them to stiffen and impede blood flow.

Vitamin K2 as MK-7 activates special proteins, allowing the body to properly utilize calcium: osteocalcin (OC) attracts calcium to where it is needed most, namely into bones and teeth; and matrix Gla protein (MGP) keeps calcium away from where it is not needed, namely soft tissues and the arterial wall. (See Figure 3.)

Vitamin K2 is the cofactor for an enzyme called vitamin-K-dependent carboxylase. The vitamin K-dependent proteins are activated by gamma-carboxylation, during which the structures of OC and MGP are altered by adding another carboxyl group to allow those proteins to bind calcium. With vitamin K2 deficiency, they remain “under-carboxylated,” or inactive.1

What MK-7 does better than any form of vitamin K is activate proteins made in different organs in the body, including the MGP in the vasculature. MGP is the most potent modulator of vascular calcification known, provided the body has enough vitamin K2 to activate it.

MGP—found in the tissues of the heart, kidneys, and lungs—plays a dominant role in vascular calcium metabolism. Its production is stimulated by vitamin D3 and, once activated by K2, MGP can bind calcium and escort it out of the areas where this mineral is destructive, namely arteries and soft tissues.1,2

No other productive mechanism for maintaining flexible blood vessel walls has been discovered, which makes MGP the only known and most potent existing inhibitor of cardiovascular calcification.

It is important to note that recent evidence has highlighted that the benefits of active MGP extend beyond the heart. In late 2018, The Journal of Alzheimer’s Disease and Scientific Reports published papers that examined the role of aortic stiffness due to calcification as a contributing factor to dementia and retinal arteriolar health, respectively.3,4 Both conditions are impacted by the status of active MGP, which now links them to adequate vitamin K2 status.

Further, a 2019 study published in Arteriosclerosis, Thrombosis, and Vascular Biology observed that, based on the activation of MGP, vitamin K2 has the ability to scavenge free radicals and reduce oxidative stress.5

Findings from this 10-year population-based study indicated that eating foods rich in natural vitamin K2 (at least 32 mcg/day) resulted in 50% reduction of arterial calcification, 50% reduction of cardiovascular risk, and 25% reduction of all-cause mortality.6 In 2009, these findings were confirmed by another population-based study with 16,000 subjects (ranging in age from 49 to 70) from the Prospect-EPIC cohort population. After following female participants for up to eight years, the researchers found that for every 10 mcg vitamin K2 (MK-7, MK-8, and MK-9) consumed—again, not vitamin K1—the risk of coronary heart disease was reduced by 9%.7

This important observational data highlighted the need for further examination, which is why NattoPharma ASA has sponsored groundbreaking intervention trials with cardiovascular endpoints confirming this association, providing MenaQ7 Vitamin K2 as MK-7 as the source material, creating a substantial bank of research.

Scientists performed a double-blind, randomized, intervention study of 244 postmenopausal women given either 180 mcg of vitamin K2 as MK-7 (as MenaQ7 by NattoPharma) or a placebo daily for 3 years. The results showed that this nutritional dose of MenaQ7 daily was enough to increase arterial elasticity and reduce age-related arterial stiffening, especially in women having high arterial stiffening.

This study was the first intervention trial where the results confirmed the association made by previous population-based studies: K2 intake is linked to cardiovascular risk. And a nutritional dose of vitamin K2, in fact, promotes cardiovascular health. No other compound to date has been shown to deliver the same cardiovascular protection as vitamin K2 as MK-7.8 (See Figure 4.)

First, researchers investigated the causal relationship between genetically predicted K concentrations and the risk of coronary heart disease in more than 103,000 cases in Europe. They found that K1 had no impact on MGP, but that vitamin K2 had a positive impact on cardiovascular health.10

“Stiffening and calcification of the large arteries are forerunners of cardiovascular complications,” the authors said. “MGP, which requires vitamin K-dependent activation, is a potent locally acting inhibitor of arterial calcification. We hypothesized that the central hemodynamic properties might be associated with inactive MGP (dp-ucMGP).”11

The final consideration is that the evidence showing K2 as MK-7 is a unique cardiovascular support ingredient has gained the attention of the medical community, which is conducting a number of trials in patient populations that show intense arterial calcification as a symptom of their condition. These studies are using MenaQ7 K2 as MK-7 as the source material, with the hopes of finding an effective therapy for these patient groups.12,13

Conclusion
In less than 20 years, more than 19 human clinical trials with vitamin K2 have been published confirming bone and cardiovascular health benefits in both healthy and patient populations, in young and old. The research will only grow. (See Figure 5.)

These trials have used NattoPharma’s MenaQ7 as the actual source material, further solidifying it as the only source material to consider for those seeking to address the dismal state of cardiovascular health around the world.

References
About the Author: Hogne Vik, MD, PhD, MBA, studied to become a physician and researcher at Haukeland University Hospital, Bergen Norway, where he specialized in clinical laboratory medicine and immunology/allergy. He has worked in clinical medicine, as a physician, researcher, and lecturer as Professor II. An author of 100+ original peer-reviewed scientific, medical publications, Dr. Vik currently serves as the chief medical officer with NattoPharma ASA, exclusive supplier of MenaQ7. For more information: www.nattopharma.com.
Related Searches
Related Knowledge Center
Suggested For You 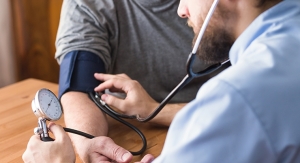 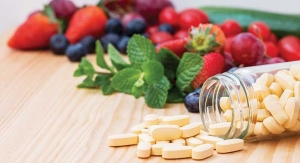 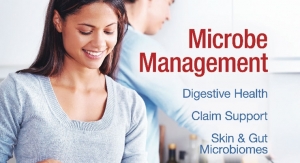 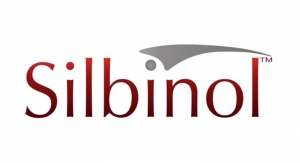 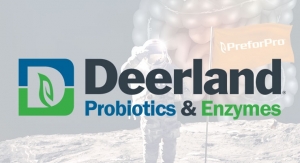 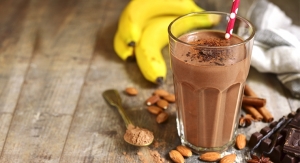 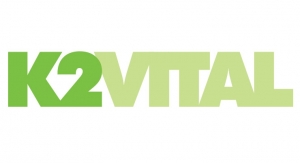 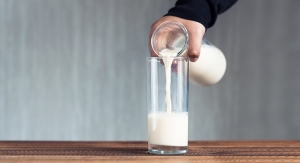 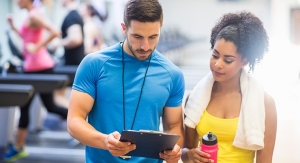