Organization looks at notable M&As and equity financings in 2016 and what they say about industry trends. 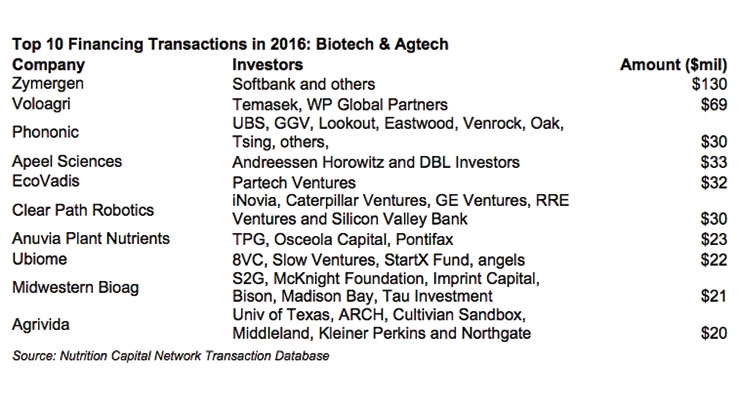 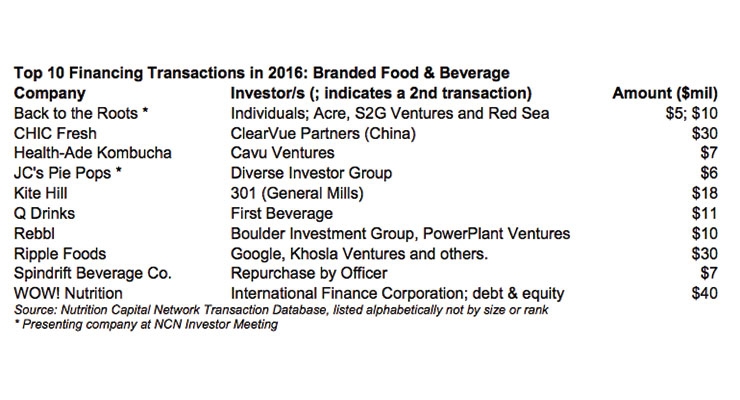 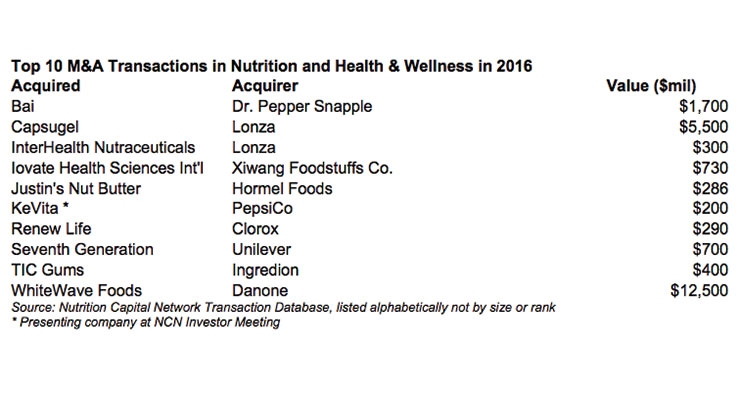 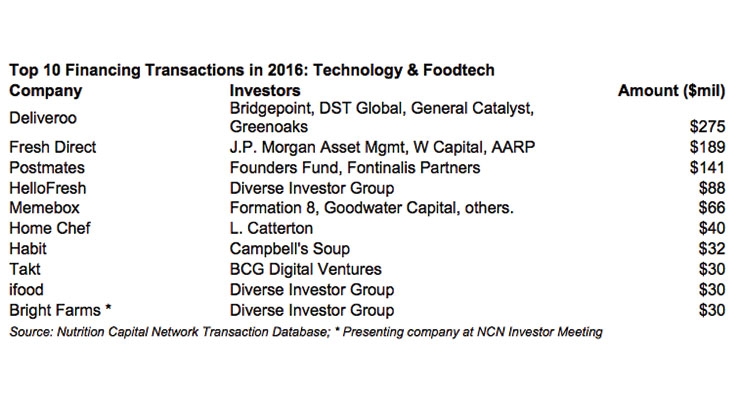 Nutrition Capital Network (NCN), an organization that connects investors and strategic acquirors with companies in the nutrition and health & wellness industry, has released its top transaction lists for 2016.

“Top acquisitions reflect a diversity of trends like the potency of pills, the convenience of beverages, consumer interest in probiotics, and the value in the supply end of the industry,” said NCN co-founder and CEO Grant Ferrier. “They also reflect growing strategic and investment interest in the nutrition and health & wellness industry by the food & beverage, ingredients and consumer products industries.”

Top equity financings reveal the remarkable take-off in investments in Biotech & Agtech in 2016, as well as continued, although slowing, interest in foodtech and technology segments related to food and nutrition.

Nutrition Capital Network noted a continuing surge of investments in food & beverage companies in 2016, the primary focus of NCN’s annual New York and San Francisco investor meetings. NCN tracked 102 equity financings in Branded Food & Beverage in 2016, on par with 103 in 2015 but far above the 26 average annual number of financing transactions in Branded Food & Beverage (both natural & organic and functional foods) from 2010-2014.

Other trends highlighted in the NCN Transaction Database and Top 10 lists included: 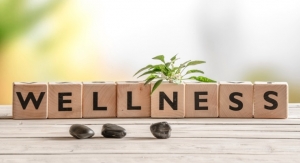