SweeGen’s BESTEVIA, made from the stevia leaf, enables sugar reduction in food and beverages without sacrificing taste.

SweeGen, a nature-based sweetener company, and Ingredion Incorporated, a leading global provider of ingredient solutions to diversified industries, have received a No Objection Letter from the U.S. FDA regarding the Generally Recognized As Safe (GRAS) status of its BESTEVIA Reb-M stevia sweetener for use as a general purpose sweetener for food and beverage applications.

This follows a review of the composition and manufacturing process of SweeGen’s BESTEVIA Reb-M, with documentation submitted to the U.S. Food and Drug Administration last year.

BESTEVIA Reb-M, SweeGen’s non-caloric and high purity stevia sweetener with a clean, sweet sugar-like taste, is produced from the stevia leaf. In a letter from FDA dated Feb. 17, 2017, the agency acknowledged that it reviewed the application and has no further questions regarding the documentation so submitted related to the safety of the ingredient.

"Having received the No Objection Letter from the FDA, SweeGen and our valued distribution partner Ingredion, are now able to support food and beverage companies in the United States to meet consumer demand for reduced and no sugar products made with a new, high-purity, great tasting stevia sweetener,” said Steven Chen, president of SweeGen.

“Now beverage and food manufacturers in the United States can reduce sugar using BESTEVIA Reb-M stevia sweetener that has a sugar-like sweetness without the bitterness associated with some stevia sweeteners,” said Oscar Gutierrez, senior global director, sweetness innovation, Ingredion. “Food and beverage manufacturers are now able to reduce a high percentage of sugar without sacrificing taste.”

Ingredion is SweeGen’s exclusive global distributor in all markets (excluding SweeGen’s house accounts and in the Republic of China where it is a non-exclusive distributor). Ingredion will distribute BESTEVIA Reb-M stevia sweetener initially in the U.S. and Canada and subsequently in other countries as additional regulatory approvals are granted.
Related Searches
Related Knowledge Center
Suggested For You 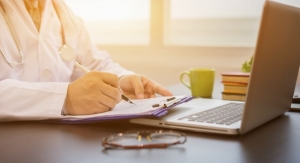 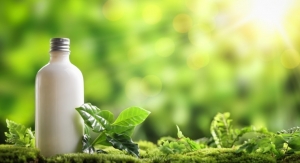