More than half of the European adult population is overweight.

A network of 13 research centers in Europe is set to begin a $4.8 million study on factors causing weight gain among Europeans. The project, called “Spotlight,” will look at the physical and social environment that shapes people’s behavior, and will also identify the best opportunities for reducing the obesity epidemic in the European community, the organizers of the project wrote in the medical journal BMC Public Health.

More than 50% of the European adult population is now overweight and up to a fifth of the population is obese, but differences have been found dependent on age, household income and culture as well as between different countries across the region. “While these differences help us focus on potential causes of obesity, they are not enough to explain what the specific drivers of weight gain are on a day-to-day basis,” said project manager, Dr. Jeroen Lakerveld, of the VU University Medical Center of Amsterdam.

“We need to understand how the physical and the social environment lead to changes in people’s activity levels and eating behavior,” he added. “We need to understand the interplay between the barriers and difficulties to maintaining a healthy weight, and more importantly, we need to identify what the best options are for solving these problems.”

The Spotlight Project has received funding from the European Commission’s research budget, which will be shared between 13 research groups in eight European countries. Local geographical information will be enhanced with remote imaging techniques and the project will generate an interactive web-atlas of current interventions. The project will be completed in 2016.
Related Searches
Related Knowledge Center
Suggested For You 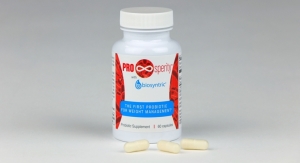 Low-Fat Diet Not Most Effective in Long-Term Weight Loss

Getting to the Root of Why Europeans Gain Weight