The key component of black seed oil has a plethora of clinically-evidenced health applications. 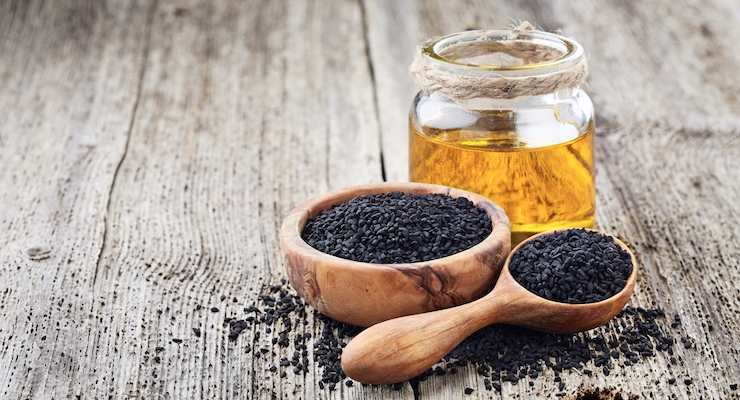 With burgeoning research and development, thymoquinone, a compound found in black seed oil, has been used since ancient times as both a food ingredient and natural remedy in regions where the Nigella sativa plant grows naturally. Its seeds are used in unprocessed, powdered, or oil forms often for culinary purposes.

Today, researchers are investigating the applications of black seed oil in addressing breathing conditions, fevers, inflammation, headaches, heart conditions, diabetes, oxidative stress, pathogens, and more, beliefs which have been long-held since traditional healers had the utmost authority thousands of years ago.

Black seed oil’s inherent antioxidant, anti-inflammatory, and cardiovascular benefits all appear to stem from thymoquinone, the main constituent of oil extracted from black seeds, which contains many other additional bioactive compounds.

Preliminary research suggests that thymoquinone, popularly used in Middle Eastern countries by cancer patients as a supplement in conjunction with chemotherapy, may hold anti-tumor activities, however, much work remains to be done on this front. Other research on the biological mechanisms of action warrant further studies on thymoquinone’s use in pharmaceutical settings for blood pressure reduction, protecting the liver, and more.

Much research is still being conducted on the favorable biological effects of thymoquinone. In the meantime, it is considered non-toxic and is available in a wide array of black seed oil supplements and other products. There are many factors at play in getting thymoquinone into the body from cultivation on day one to a finished product.

ThymoQuin
Morris Zelkha, a co-founding partner of TriNutra, the makers of ThymoQuin, discussed the first product containing a standardized level of thymoquinone, the key nutrient in black seed oil, developed through a slow, cold press extraction of the plant’s seeds at room temperature.

According to Zelkha, the chemical content of black seed oil is volatile, and the entire manufacturing process is volatile in nature, making attention to detail and stringent control over the entire botanical process critical to delivering black seed oil that contains a therapeutic level of the favored phytonutrient.

“We moved to a slow, cold-press process in order to standardize black seed oil for thymoquinone content, and because it's the only method that maintains the whole oil composition as it is found in nature,” Zelkha said. “I’ve been looking at black seed oil for the past 15 years, originally while I was a founder and president of Lycored, and we began learning about the capabilities and composition of it, while also understanding what processes alter the composition of the oil.”

TriNutra claims to be the first company to standardize black seed oil to yield 3% thymoquinone content, which takes thorough “farm-to-finished-product” traceability. The company’s farm is located locally to the manufacturing process, and every step is conducted in-house.

“You have to have the right variety, and the right quality of black seeds,” Zelkha said. “They need to be fresh, and the time of storage needs to be accounted for, and they need to be non-GMO and subject to proper breeding. That’s why we joined the company that is doing the cultivation, and we do all of the plant processing near the farms. Oil that isn’t standardized typically is at a level between 0.2 and 1% thymoquinone, but because we control every step of the process, the breeding, cultivation, harvesting, and processing, we succeed in reaching over 3%. It’s quite complicated.”

Research Keys
The high thymoquinone content is important to black seed oil’s therapeutic value, according to a study TriNutra commissioned. Research to date suggests that thymoquinone is consistently dose-dependent; at levels of 3% or greater, for example, black seed oil’s anti-inflammatory effects were comparable to other natural products and even drugs. Its mechanisms of action were found to demonstrate inflammation modulating properties in encephalomyelitis, colitis, peritonitis, edema, and arthritis models.

Additionally, a study on metabolic syndrome, conducted on mice, provided evidence that thymoquinone could be responsible for blood pressure reduction, regulation of blood glucose levels, and the accumulation of fat in the liver. It found that oxygen consumption for mice on a high-fat diet was nearly equal to that of lean, healthy control mice.

“After this trial, we began to look into how black seed oil can be synergistic with other components,” Zelkha said.

Some of the most ideal pairings identified through research were hemp oil, CBD, lutein, lycopene, and omega-3s, which boast their own beneficial properties through unique biological mechanisms.

Another study conducted by nutritional researcher Dr. Bradley Bush, which is expected to published in a matter of weeks, further supported claims that ThymoQuin can significantly reduce blood pressure.

Another complication for manufacturers, Zelkha said, is ensuring that thymoquinone is at optimal bioavailability. Free fatty acids found within the oil inhibit the bioactivity of thymoquinone in humans, and being able to remove them helped TriNutra improve thymoquinone bioavailability in study participants by three- to four-fold.

Those in the natural products industry, above all else, should be on the lookout for further developments of thymoquinone-heavy black seed extracts.

“We see a growing awareness in the U.S. market for black seed oil,” Zelkha said. “Consumer education can take time, and the market is flooded with products yielding low concentrations. The combination of black seed oil with other products has the potential to create synergistic effects, and we believe that coming research will allow us to position ThymoQuin in the market this way. As awareness improves, we believe this product can be used as a standalone and can be delivered with other bioactives. We’re not at the stage yet to take it to the food and drinks market, but we can certainly approach this in another two, maybe three years.”

Nigella sativa oil has a sterling short-term safety profile when used at daily doses of up to 3 grams, however, side effects at levels even higher than 3 grams are unknown.
Related Searches
Related Knowledge Center
Suggested For You 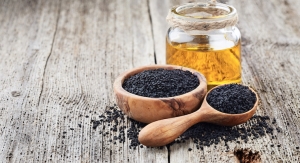