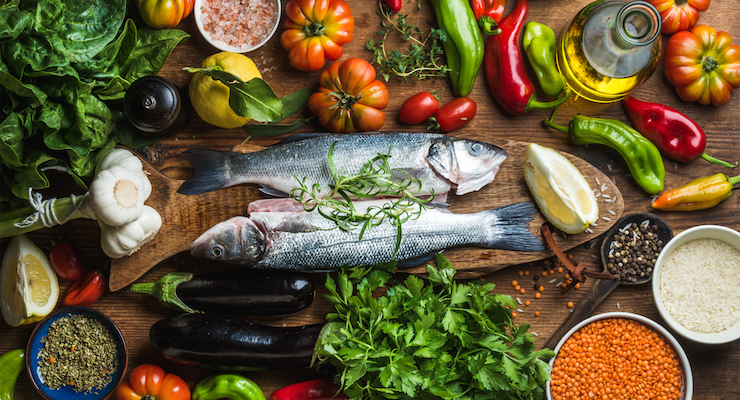 Liver steatosis was reduced very significantly across the board.
06.08.20

A study published in the journal Inflammatory Bowel Disease evaluated the effects of a Mediterranean diet on nutritional uptake in patients experiencing IBD, either in the form of Crohn’s disease or Ulcerative Colitis (UC). Malnutrition with the accumulation of fat tissue and nonalcoholic fatty liver disease (NAFLD) and conditions associated with IBD in these two forms.

Previous studies have shown positive results in adhering to the Mediterranean diet, including reductions in both obesity and NAFLD. The aim of this study was to evaluate the impact that the Mediterranean diet would have on nutritional state, liver steatosis, clinical disease activity, and quality of life in IBD patients.

“Increasing evidences show that IBD does not strictly imply hyponutrition but frequently leads to malnutrition, with an increased risk for IBD patients, both children and adults,” the authors wrote. Additionally, they report that NAFLD occurs at rates of 30%-40% of IBD patients. The study defined the Mediterranean diet as a high consumption of vegetables, fruits, cereals, nuts, legumes, unsaturated fat such as olive oil, a medium intake of fish, dairy products, and wine, and a low consumption of saturated fat, meat, and sweets.

The 84 UC and 58 Crohn’s disease patients who participated in this trial saw significant improvements in both BMI and waist circumference after adhering to the diet for six months.

Additionally, the number of patients affected by liver steatosis of any grade was significantly reduced from baseline in both groups, with a 36.9% reduction in the UC group and a 21.4% reduction in the Crohn’s disease group by six months into the study.

Finally, after six months into the diet, there were reductions in active disease, by 23.7% in the UC group and 6.8% in the Crohn’s disease group. Self-reported quality of life was significantly improved in patients with either form of IBD.

The study found that neither serum lipid profiles, nor liver function, was modified by adherence to the Mediterranean diet.

Researchers concluded that many malnutrition-related parameters and liver steatosis rates were spontaneously reduced after this short-term dietary intervention, and that the role of nutritional counseling should be emphasized in a multidimensional approach to the treatment of IBD.

“Our study emphasizes the importance of a multidimensional approach in the management of IBD, not limited to the treaetment of luminal inflammation but extended to the correction of the nutritional status and liver steatosis. The relevance of this approach seems to be remarkable on disease control with a possible drug-sparing effect, on patients’ wellness, and in reducing the risk of other life-threatening conditions, one of which is liver steatosis and its complications,” the authors wrote. “The adoption of a proper alimentary habit based on Md [Mediterranean diet] and the achievement of an adequate compliance might be pivotal in the clinical management of these patients. However, more studies with larger cohorts of patients are needed to improve our knowledge on the relationship between diet and IBD.”