The U.K., Food Standards Agency has published a nationwide snapshot survey on a cross-section of pre-packed processed foods both with and without allergen advisory labeling.

The survey aimed to provide an improved understanding of the type of allergen advisory labeling used on pre-packed processed foods in the U.K. and whether the labeling was related to the level of allergen present as a result of cross-contamination.

The survey examined the level of milk, gluten, peanut and hazelnut in products that were labeled with phrases including “may contain X” or “not suitable for someone with X allergy.” It also sampled products without this type of advisory labeling. In total, the survey sampled 1,016 samples across 12 different product categories.

FSA Food Allergy Research Manager, Sarah Hardy, said: “Results from the survey suggest that cross contamination for all four allergens, is well controlled by manufacturers. In fact, undeclared allergen cross-contamination in the U.K. is lower than found in other countries.

“However, manufacturers need to regularly review their risk assessment and the application of precautionary allergen labeling to ensure that people with allergies are protected without unnecessarily restricting choice. We recommend that consumers should continue to recognize the importance of precautionary allergen labeling and should not put themselves at risk by ignoring it.

“The number of samples with advisory labeling but no detectable hazelnut or peanut was just below 50%. Only gluten and milk were present as cross-contamination without advisory labeling. However, the levels found in the products were low so the FSA did not consider it to be a risk for people with allergies.”

A wide variety of different statements were used across the product categories. The most frequently used advisory label was “may contain traces” in 38% of products. While the survey found a wide variety of allergen advisory labeling, only 28% of products followed FSA advice in the use of specific phraseology that advises using “may contain X” or “not suitable for someone with an X allergy.” These two statements were found on 20.6% and 7.2% of products, respectively.
Related Searches
Suggested For You

UNPA Makes 'No-Sale' Policy for BMPEA a Condition of Membership 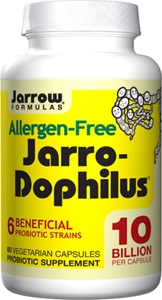