Dietary components have serious implications for microbiota composition and health. 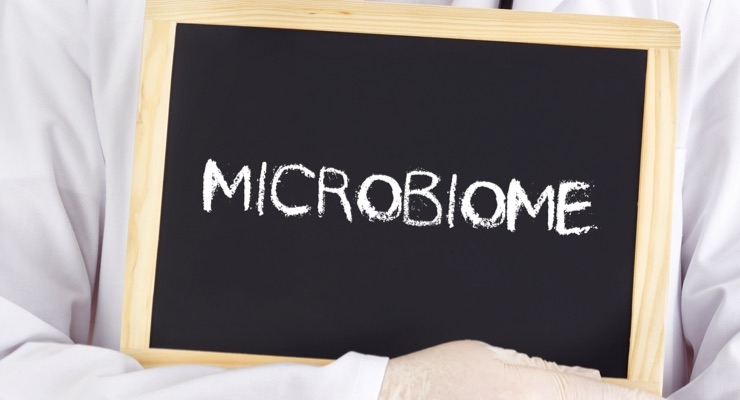 Various changes occur in microbial diversity throughout different life stages. For example, it changes from an immature and unstable state during infancy to a more complex, diverse and stable ecosystem in adulthood. The adult intestinal microbiota ecosystem comprises approximately 100 trillion organisms (i.e., 10 times more microbes than human cells), encoding 100-fold more genes than the human genome. The adult intestinal microbiota is subject-specific, highly variable and consists of approximately 500-1,000 species, most of them belonging to the phyla Firmicutes and Bacteroidetes.

Genesis of Microbiomes
The gut microbiota plays a major role in influencing health by impacting the development of the immune system, metabolizing dietary nutrients (such as fatty acids, glucose and bile acids) and drugs, digesting complex indigestible polysaccharides and synthesizing vitamins and bioactive molecules. Species diversity declines with the aging process. Premature infancy and some medical conditions such as obesity, diabetes, atherosclerosis, inflammatory bowel disease (IBD), and necrotizing enterocolitis are also associated with impaired microbiota.

Dietary habits are among the main factors contributing to the diversity of the gut microbiota in humans. For example, research has demonstrated that European children on a Western diet (high in animal protein and fat) have increased gut microbial diversity compared to children in rural Africa (high-carbohydrate, low animal protein diet).

Influence of Diet on Human Microbiota
Over last few decades, modern dietary patterns have undergone major compositional changes, with increased intakes of red meat, high fat foods and refined sugars. This “Westernization” of diets, together with sedentary lifestyles, resulted in significant modifications to the gut microbiota, which may partially contribute to the higher incidences of chronic inflammatory disorders such as cardiovascular disease, obesity, depression, allergies, diabetes and autoimmune disorders.

To improve the nutritional value of food, and thus overall human health, it is essential to understand the biological interactions between diet and the microbiota. The cost of adaptation to westernization has been a loss of several bacterial species, and hence subsequent reduction in microbial diversity and stability.

The Mediterranean diet is characterized by an abundance of fruits, vegetable, grains and monounsaturated or omega-3 polyunsaturated fats, and therefore regarded as the gold standard for optimum health. Diets rich in plant fibers may also promote the diversification of the microbiota by promoting hydrolytic bacteria and stimulating the production of short chain fatty acids.

High-fat diets lead to a decrease in Bacteroidetes and an increase in Firmicutes. Dietary protein intake in humans has been associated with the Bacteroides enterotype. An animal-based diet in humans showed an increase in the abundance of bile-tolerant microorganisms and a decrease in the levels of Firmicutes that metabolize dietary plant polysaccharides. Probiotics and prebiotics are dietary components that may positively impact microbiota composition by increasing the body’s defense system against pathogens through stimulation of mucin production, and decreased gut permeability.

Microbiota-Gut-Brain Axis
In recent years, interdisciplinary research has demonstrated strong evidence for the existence of a bidirectional signaling between the intestine and the brain, the so-called “gut-brain axis.” This communication system integrates neural, hormonal and immunological signaling between the gut and the brain. Scientists have expanded this axis concept to a “microbiota-gut-brain axis,” since not only the intestinal tract itself can affect the brain, but its microbial inhabitants can too.

In one direction, the gut microbiota and its metabolites may modulate the peripheral and central nervous system, influencing brain development and function; in the other direction, the brain may affect gastrointestinal functions such as motility, secretion, blood flow and mucin production, as well as the immune system and microbiota composition.

Conclusion
It is well understood that the diet has a significant impact on the microbiota. Hence, dietary interventions can beneficially modulate microbial diversity and function. Prebiotics as well as probiotics and other significant dietary interventions, including dietary fats and polyphenols, also pose potential to alter the gut-brain axis, and consequently, neuropsychiatric disorders (“psychobiotics”), and may be feasible as long-term interventions for mental health.