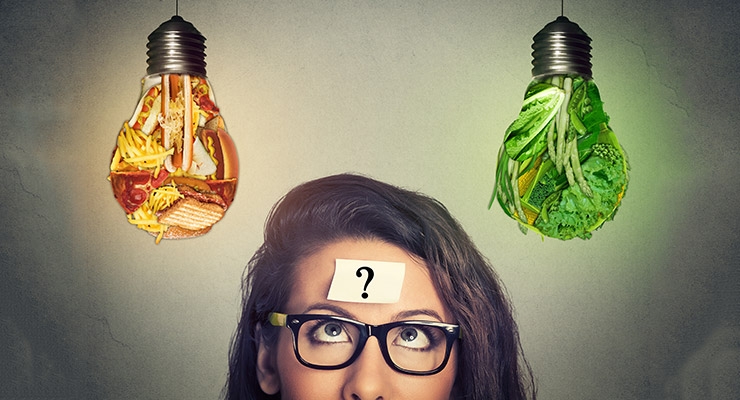 Consumers commonly believe that neurological diseases like dementia, Alzheimer’s and Parkinson’s might be prevented or treated through dietary intervention. However, there is limited evidence that such approaches are effective, and they might even be harmful in some cases. Many are aware of recent controversies regarding the relationships between vitamin B and dementia, and also vitamin D insufficiency and Parkinson’s disease.

There is convincing evidence that nutrients are essential for human health and physiological functioning. The human body cannot synthesize certain nutrients internally (not at all or not in sufficient amount), and they need to be obtained from food. The brain in particular has a high metabolism and high turnover of nutrients, which make this organ a high-maintenance device in terms of optimal nutrient intake.

Science vs. Nature
With significant advancement in medical science over the last century, the human lifespan has also been increased significantly. However, with this increase comes a potential problem, particularly for people over the age of 70 who become increasingly susceptible to chronic and extremely debilitating brain diseases, most notably Alzheimer’s and Parkinson’s.

Leading experts have expressed concern that the majority of existing drug treatments for neurodegenerative disorders are unable to prevent the underlying degeneration of neurons.
Consequently, there is a desire to develop alternative therapies capable of preventing the progressive loss of specific neuronal populations. In addition to conventional antioxidant strategies to combat neuronal damage, exploration of neuroprotective effects of a group of secondary plant metabolites known as flavonoids and other natural products are increasing. The potential beneficial effects of specific polyunsaturated lipids have also been explored.

Omega-3s & Phytochemicals: Potential Therapeutic Candidates
The brain is one of the most metabolically active organs, and as such, utilizes a large proportion of the dietary intake of carbohydrates in order to function effectively. Dietary lipids, such as polyunsaturated fatty acids, are also thought to play an important role in supporting optimum brain function by maintaining the optimal function of cholinergic neurons arising from the basal forebrain and terminating in the cortex and hippocampus. As a result, they may hold the potential to prevent the cognitive decline that occurs during normal aging and in Alzheimer’s disease.

The well characterized and demonstrated effects of both dietary phytochemicals and lipids on endothelial function and peripheral blood flow may also enter into the list of future candidate molecules for brain health. Components derived from Vitis vinifera (grape), Camellia sinensis (tea), Theobroma cacao (cocoa) and Vaccinium spp (blueberry) have demonstrated beneficial effects on human vascular function and on improving memory and learning.

Conclusion
Although food has traditionally been perceived as supplying energy and building material to the body, its ability to prevent and protect against diseases is starting to be recognized by consumers, industries, and regulators. There is a tendency to think of nutritional supplements as harmless at worst and beneficial at best. However, several recent trials warn about this hypothesis.

We now know that particular nutrients influence cognition by acting on molecular systems or cellular processes that are vital for increasing and/or maintaining cognitive function. Due to the encouraging results of clinical and preclinical studies that showed the beneficial effects of foods on the brain, the topic has attracted substantial media attention in recent years.

The downside of this hype is scientific understanding of perceived benefits and actual benefits of such supplementation. Some of the information that has been conveyed has been hazy or exaggerated, and has contributed to apprehension about taking advantage of scientific advances. It is our collective responsibility to provide realistic expectations of the benefits, as well as being informed of any potential risks. Healthcare professionals can play an important role in this awareness and education campaign. The evidence-based healthcare system should “empower the responsible management of health and change the way people consider natural healthcare.”