While dairy products have latched on to omega-3 claims in recent years, Innova Market Insights reported the number of new dairy launches featuring omega-3 claims have been in decline. Despite the popularity of such dairy products, particularly yellow fats and milks, over the past five years their share of total dairy launches (excluding dairy alternative drinks) fell from 2.4% in the 52 weeks to the end of October 2008 to 1.5% in the same period in 2013.

Lu Ann Williams, director of innovation at Innova Market Insights, explained, “While awareness of the potential health benefits of omega-3 fatty acids has risen over the years, recent tightening up of claims legislation has tended to decrease the use of this type of claim in relation to specific benefits. Terms such as ‘high in omega-3s,’ ’contains omega-3s,’ ‘rich in omega-3s,’ have continued to be used, but links to heart health, brain and cognitive health, eye health, etc. have been much less in evidence, with companies relying more on existing consumer knowledge about potential benefits.”

Innova indicated the higher level of interest in functional foods and beverages in North America has helped propel the popularity of omega-3 products in the dairy sector within the region. According to the research firm, North America accounts for the largest number of dairy launches using omega-3 claims, with nearly 35% of the global total. The region also has the highest share in terms of total dairy launches, with 3.8%, ahead of the also relatively health-conscious Asian market with more than 2.6%.

The key dairy sectors in terms of omega-3 claims are yellow fats and milks, accounting for just more than 80% of global launches using either omega-3 or DHA claims (or both) in the 12 months to the end of October 2013. While the actual number of launches featuring omega-3 claims is not vastly dissimilar in each of the two categories, the significance is very different. Omega-3 claims featured in just more than 10% of yellow fats introductions, compared with a more modest 3% of the far more numerous milk and milk drink introductions over the same period.
Related Searches
Related Knowledge Center
Suggested For You 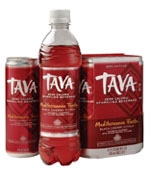