A new study confirms previous research that daily supplementation with 2 grams of L-carnitine in the form of Lonza’s Carnipure tartrate during pregnancy can significantly reduce the increase of plasma free fatty acid levels frequently observed during pregnancy.

Increased levels of plasma free fatty acids are thought to be the main cause of insulin resistance, a major factor in developing gestational diabetes. The new research was conducted at the Medical University of Vienna (Austria) and published in the Journal for Obstetrics and Gynecology.

As early as the 12th week of pregnancy and up to delivery, plasma total and free L-carnitine levels drop significantly. Low free L-carnitine levels have been shown to result in a 2- to 3-fold downregulation of the expression of carnitine acyltransferases, the enzymes involved in fatty acid oxidation in the mitochondria. When the relative mRNA levels of these enzymes are low, the plasma levels of free fatty acids increase. Supplementation with Carnipure tartrate resulted in a significant increase of the expression of these enzymes, thus resulting in significantly decreased levels of plasma free fatty acids. Additionally, the plasma levels of L-carnitine were found to be higher after supplementation. For further information: www.lonza.com 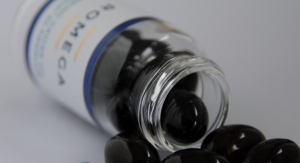