From the Corners of the World: Probiotic Potential

Examining typical indication areas for probiotics, as well as those with promising market possibilities.


Examining typical indication areas for probiotics, as well as those with promising market possibilities.

One of the hottest trends today in the functional nutrition market is that of digestive health. And many of the major successes in this segment have come from functional foods containing either probiotics or enriched fiber.

It is clear that not having a condition-specific indication, such as improving one’s cholesterol, is not a disadvantage to products in this segment. In fact, it appears that it has been the more general “better for you” brand message that has been getting through and making an impact with mainstream consumers.

Making a probiotic ingredient claim, with an associated wellness benefit, has been a major retail success for Dannon’s Activia and DanActive brands, and this is despite a decade-long campaign by other sectors of the retail consumer market to eliminate bacteria from our lives.

Although they are both probiotic dairy products, Activia and DanActive don’t share the same “wellness” niche. Activia has firmly established a link between the role of probiotic bacteria and digestive health with its now famous “Two Week Challenge.” DanActive, on the other hand, is a drinkable yogurt that has expanded the probiotic health benefit into the area of immune support.

For many in the health retail market, the idea of a probiotic conferring various health benefits other than that of digestive health is not new, but in the retail world of the mainstream consumer, this certainly marks a transition.

In the same way that technology improvements in Formula 1 motor racing can lead to advances in mainstream automotive engineering, we can see that new developments in probiotics, which appear first in the health retail segment, will likely migrate into mainstream retail.

The biggest challenge to the effectiveness of gut probiotics is overcoming the effect of “colonization resistance.” This is the sum of all the elements in the gut that resist the action of probiotics, which against overwhelming odds, are trying to implant themselves in the GI tract. Most probiotics are not the dominant species in the gut and generally find it difficult to displace the resident microflora and colonize.

The success of a gut probiotic is dependent, not just on the number of bacteria contained in a specific dose, but on other aspects of the organism such as its ability to attach to the mucosal lining of the intestine, the ability of the probiotic to evade competitors within the natural microflora of the gut and the intestinal immune system, as well as the ability of the probiotic to survive on a wide range of nutrient sources.

The following are some of the probiotic health indications that have been evaluated in controlled human studies (Source: USProbiotics.org):

One might expect to see many of these indications, already available in the health retail sector, eventually migrate into mainstream retail—depending upon the rigor of clinical efficacy and strength of the safety data. Some probiotics have already made this migration and are already promoting immune health benefits, digestive regularity, and reduction in the symptoms of IBS. Future probiotic product candidates that we might expect to see in mainstream retail in the future will likely focus on aspects of infant and child health, as well as oral health in children, adults and the elderly. There are also great opportunities to further promote the aspect of re-balancing the body’s natural microflora after antibiotic treatment.

One probiotic manufacturer that has recently come to prominence with a novel probiotic is New Zealand-based BLIS Technologies Ltd. This company has identified and developed a specific LAB probiotic from S. salivarius called BLIS K12. This organism is found in the oral cavity and was originally isolated from a 12-year-old boy who had shown remarkable resistance to coughs, colds and bacterial infections of the throat.

The BLIS K12 probiotic is administered into the oral cavity via powder, chewable tablet or chewing gum. But unlike other gut probiotics, S. salivarius BLIS K12 is the numerically dominant species in the mouth and oral cavity and readily colonizes. Additionally, this organism has the very unique attribute of producing a natural anti-microbial peptide that will target and kill specific oral pathogens before they can establish and cause disease. The link between good oral health and overall wellness has been the subject of much research and has only recently been confirmed by the American Academy of Periodontology.

In 2002, a published study in the Journal of Periodontology (January 2002;73(1):73-78) confirmed the findings that people with periodontal gum disease are at a greater risk of systemic diseases such as cardiovascular disease. Researchers found diseased gums released significantly higher levels of bacterial pro-inflammatory components, such as endotoxins, into the bloodstream in patients with severe periodontal disease compared to healthy patients. As a result, these harmful bacterial components in the blood could travel to other organs in the body, such as the heart, and cause damage.

More recently, an article published in the December 2007 issue of the Journal of Periodontology suggested that periodontal patients, whose bodies show evidence of a reaction to the bacteria associated with periodontitis, may have an increased risk of developing cardiovascular disease.

Researchers at Howard University identified 11 studies that had previously examined clinically diagnosed periodontal disease and cardiovascular disease. The team then analyzed the participants’ level of systemic bacterial exposure, specifically looking for the presence of the bacteria associated with periodontal disease, as well as measuring various biological indicators of bacterial exposure. They found that individuals with periodontal disease whose biomarkers showed increased bacterial exposure were more likely to develop coronary heart disease or atherogenesis (plaque formation in the arteries).
In 2008, researchers from the University of British Columbia (Canada), University of Leeds (U.K.) and the University of Otago (New Zealand) demonstrated that S. salivarius BLIS K12 actually down-regulates the innate immune responses of human epithelial cells such as those found in the periodontal region, and promotes a beneficial state of host-microbe homeostasis (Infection & Immunity, Sept 2008; 76(9):4163–4175). This well-controlled international study clearly demonstrated that in addition to its antimicrobial activity, BLIS K12 also plays a key role in suppressing inflammation and rebuilding normal cell function.

The study examined a range of human epithelial cells, including the cells found in the oral cavity and lining of the human lung. In each case, researchers concluded that the human body responded to BLIS K12 in a positive and beneficial way, unlike many of the other commensal bacteria that can be found within the human body.

BLIS K12 is currently the only probiotic specifically designed to protect the entire oral cavity, including the throat, mouth, gums and teeth. Additionally, under specific conditions, it has even been shown to protect the nasal sinus from infections such as otitis media (glue ear).

Studies on the potency of the antibacterial effect of the BLIS K12 organism have indicated that it is hundreds of times more effective as an oral antiseptic even when compared to most traditional anti-microbial OTC products.

Despite the recent and rapid growth in probiotics, there still exists a great deal of further commercial opportunity in harnessing the innate power of these commensal bacteria. In addition to the condition-specific applications mentioned in this column, the greatest opportunities for probiotics appear during the early years of life when people acquire normal and balanced microflora, and then again later in life when microflora balance starts to change again.
Related Searches
Related Knowledge Center
Suggested For You 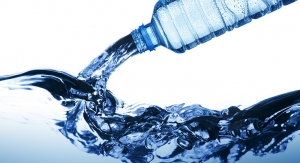 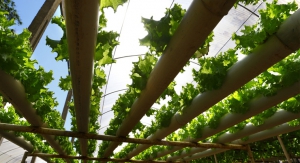 Obesity Could Shorten Life Span by up to 8 Years

Multinationals Cashing In as Protein Appeals to the Mass-Market 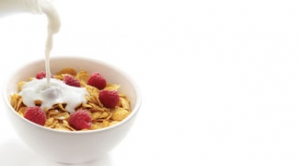