There’s a ton of nutritional information to be had at the average grocery store, but how much of that information actually resonates with the consumer? Nearly 1,500 U.S. shoppers completed an online survey created by the Food Marketing Institute (FMI) and Prevention magazine to gauge consumer interests and attitudes regarding health and nutrition, dietary management, and the ways in which health and nutritional concerns play out in buying decisions at the supermarket. The recently-published results – the twentieth annual “Shopping for Health” consumer study - found shoppers not only had an increased interest in healthy labeling but are paying more attention to nutrition on the whole.

According to Prevention and FMI, shoppers have continued to increase their purchases of foods containing ingredients like whole grains, fiber and protein, with 32% of shoppers reporting that they are buying more foods based on nutritional components versus last year. Customers have also continued to  make more of their calories count for better overall health, with 55% of shoppers switching to whole grain bread, 33% showing an interest in protein on the label (up ten points since 2009), and 30% switching to Greek yogurt (up nine points versus 2011).

“More and more shoppers are making the switch to foods with benefits,” said Cary Silvers, director of consumer insights for Prevention. “They are steering away from empty calories and asking, ‘what’s in my food, and how is it good for me?’”

With the economy still in “slow growth mode,” many of the tactics shoppers started using in 2008 are still in place: 63% of shoppers reported only buying what they need (down one point from last year), and 60% switched to store brands (up six points from last year). While switching to store brands began as a money-saving tactic, FMI and Prevention commented that improvements to quality, labeling and promotion have strengthened the positioning of store brands in comparison to their national brand shelf mates.

Consumers reported cooking more at home – something FMI and Prevention attributed to not just the overall desire to eat healthier but also the stagnant economy. Fifty-seven percent of people reported having tried a new healthy recipe in the last year, having discovered the recipes on the Internet (39%), cooking shows (37%), magazines (34%), cookbooks (33%), word-of-mouth (31%), recipes on labels (26%), culinary magazines (12 %), and supermarket recipes (11%).

Sodium proved to be a chief concern to consumers, as 54% of respondents recognized the effort of food manufacturers to reduce sodium level in their foods. Sixty-seven percent of shoppers said that sodium was an important concern to them, with 32% of shoppers saying that they are buying more low-sodium products versus 2011.

Consumers had strong opinions about product labeling in general. Nearly two-thirds (63%) signified the desire for a nutrition rating system for foods and beverages that ranks products against each other, similar to the Energy Star ratings for appliances. “If such a system was devised, nearly half of shoppers, 45%, would prefer that it be a collaborative effort among multiple entities, such as the government, food industry, nonprofits, and so on,” the study said. “Just 27% of shoppers have noticed food products with nutrition labels on the front of the package, but this is up five points from 2010.

“Regardless of whether they have seen such labels, however, 59% feel this would be at least somewhat of an improvement over labels on the sides or backs of products. In addition, half say that ‘tagging systems indicating healthy food’ would be nice, and 15% say they need such systems.”

FMI and Prevention said those numbers indicate that shoppers want more help in making healthy food choices, specifically as it relates to messages that are clear and concise. “The success of products like Greek yogurt and whole-grain breads in the past couple of years speaks to the potential success of such a strategy,” they wrote. “These products have been portrayed as the easy choice: They are the healthier options in their categories, and that’s all people need to know.”

“Our food retail members are witness to these trends on a daily basis,” said Cathy Polley, RPh, vice president of health and wellness and executive director of the FMI Foundation. “Just as consumers are increasingly aware of the health-conscious opportunities afforded to them in the grocery aisles, FMI is also renewing its emphasis through its advancements in health and nutrition research and education with its Foundation.”

For more information about the Shopping for Health study, click this link.
Related Searches
Related Knowledge Center
Suggested For You 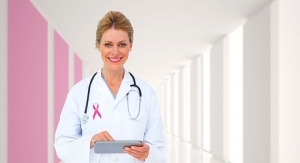 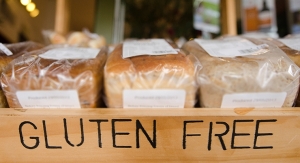 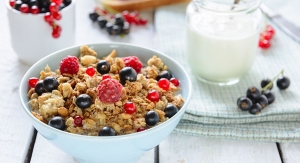 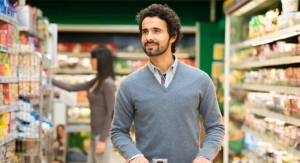 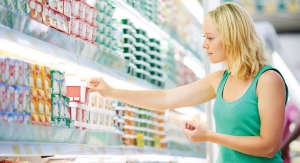 Buying Based on Nutrition