Research suggests resveratrol might be more effective than aspirin, but marketplace pitfalls could stymie the supplement’s reach.

Aspirin has been a go-to pain reliever and health remedy for 100 years. Its proven ability to prevent heart attacks in people with coronary artery disease initiated the advent of low-dose aspirin therapy—81 mg per day—which is thought to lessen the clotting of blood in narrowed arteries (which impedes the flow of oxygen-rich blood to the heart muscle) by reducing the clumping action of platelets. It’s also recommended that at the onset of a heart attack, one should chew a standard 325 mg aspirin tablet to minimize the size of the heart attack.
Despite its benefits, aspirin therapy has its limitations. Daily aspirin isn’t advised for people who have a low risk of a heart attack or a stroke. Research demonstrated that about eight first heart attacks were prevented for every 1000 men who took aspirin. It also doesn’t lower the chance of a heart attack in women. Aspirin also only reduces the risk of a second mortal heart attack by about 10%. Even with all the positive information about aspirin therapy, the absolute risk for stroke or heart attacks among patients receiving aspirin therapy remains relatively high—between 8% and 18% after two years.
Enter resveratrol. Derived primarily from grape skins, resveratrol has been the subject of many controversial and conflicting studies. Researchers at the University Of Connecticut School Of Medicine in Farmington, CT, however, firmly believe in its cardio-protective abilities, affirming it has a “pre-conditioning effect” whereby antioxidant defenses in the heart are switched on prior to a heart attack, therefore limiting damage to heart muscle should such an event occur.
After inducing heart attacks in animals, researchers found that resveratrol helped to significantly reduce damage to heart muscle. Scarring and fibrosis were limited and the animals survived an otherwise mortal event. "Resveratrol likely fulfills the definition of a pharmacological preconditioning compound and gives hope for the therapeutic promise of alternative medicine," commented Dipak Das, PhD, ScD, MD (hon), professor and director of the Cardiovascular Research Center at the University.
The dosage of resveratrol was critical in producing the pre-conditioning effect. Dr. Das found the human equivalent dosage of 175-350 mgs reduced damage to the heart during a heart attack, while a 10 times greater dose (1750-3500 mgs) increased the area of damaged cardiac tissue.
The brand of resveratrol used in the study, Longevinex, was found to afford the same level of protection at a much lower dose (100 mgs) of resveratrol. Researchers thought this might be due to its micronized, micronencapsulated delivery system in combination with quercetin and resveratrol and rice bran IP6, which were shown to release adenosine, a protective molecule. Adenosine is often used in cardiac surgery. Resveratrol and Longevinex, like aspirin, also inhibit clotting, and lowers homocysteine, releases HEME-oxygenase (an antioxidant that is released following a heart attack), and has anti-adhesion properties that inhibit plaque formation in arteries.
The researchers said that since resveratrol also thins the blood and inhibits clots that form in coronary arteries in a similar fashion to aspirin, and exhibits other beneficial properties, such as anti-adhesion factors that inhibit plaque from sticking to artery walls, it may be superior to aspirin. The heart preconditioning effect of resveratrol is produced by the natural release of adenosine, which is actually employed as a drug to restore natural heart rhythm.
The study conducted by Dr. Das, recently submitted for publication, was presented to the NIH in Washington, DC.
Wine consumption is also believed to afford similar protection for the heart. The red wine-drinking French exhibit a coronary heart disease mortality rate that is extremely low—90 per 100,000 versus 240 per 100,000 in North America.
The amount of resveratrol in three to five glasses of red wine is only about 3-5 mgs, but the cardio-protective effect is believed to be produced by the total polyphenolic molecules in a glass of dark, aged red wine (about 60 mgs per 5-oz. glass). The optimal health benefit derived from red wine is achieved at a consumption level of 3-5 glasses, which would ultimately be more expensive than a resveratrol pill, and would pose the obvious problem of inebriation.

While the benefits of resveratrol have long been praised by the supplement industry, its credibility among consumers has been cloudy. Bill Sardi, managing partner of Resveratrol Partners LLC (dba Longevinex) said his company only sells its resveratrol product to health professionals now, after having been duped by what he termed an “unscrupulous” retail marketplace.
“The resveratrol supplement market has been taken over by outlaw online companies,” he said. “There was no significant public demand developed for resveratrol pills until spammers swiped content, created the false impression that Oprah Winfrey and Dr. Oz endorsed their products and that their products were shown on CBS’ 60 Minutes, and that Harvard and The Mayo Clinic had conducted research using their products, which were shown to cure cancer and inhibit wrinkles, Alzheimer’s disease and obesity.”
The false claims were compounded by enticing pricing offers, which later turned into fraudulent credit card billing for product that had never been ordered. “Many of the outlaws conducting this type of advertising were working outside U.S. borders (i.e., Canada, Cyrpus), beyond the reach of the FTC and FDA,” said Mr. Sardi.
Added to that was the phenomenon of a relatively small market saturated with some 390+ brands, most of which produced little more than borrowed research to bolster their product claims. “There is no fairness in the marketplace today because no company can develop a unique selling proposition. Whatever science that is generated is stolen,” lamented Mr. Sardi. “With current online marketers of resveratrol pills claiming their products cure cancer and are free, just what kind of good science could possibly compete with that false claim? There is currently an effort in scientific circles to make resveratrol pills a drug, which would be a shame. Should this occur, wise consumers will revert back to drinking aged red wine.”
Mr. Sardi argued that the previously outlined limitations of aspirin therapy coupled with the announcement that both plain resveratrol and Longevinex averted mortality in an animal experiment, where mortal heart attacks were intentionally induced without resveratrol, should have drawn at least a few headlines. “The announcement was issued via satellite, but not one major news organization covered the story and not one cardiologist forwarded an inquiry,” he said. “It was as if it didn’t happen and is indicative of the black balling now going on in the research community and news media concerning resveratrol supplements. Our landmark study in Experimental Gerontology in 2008 has not even been cited in another journal.”
He went on to add that he was concerned that outlaw companies would continue to sell mega-dose products that could cause detrimental side effects, and that there would be no precautions published about use by growing children or child-bearing females (diethylstilbesterol, the drug that caused all those birth defects, is molecularly very similar to resveratrol). Inclusion of resveratrol in food formulations could also backfire unless confined to dietary-range doses.
To course-correct resveratrol’s current trajectory, Mr. Sardi made some suggestions that he felt would bode well not only for resveratrol but also for the entire supplement industry. For starters, he recommended that outlaw marketers be used to usher in more sanctions against the supplement industry. “It is the advertising medium that must regulate these outlaw companies, meaning online claims must be regulated by the credit card processors, search engines (Google, Yahoo), blog sites (Ezine, Word Press) and other online venues. This is what the FTC has said,” he explained. “Furthermore, the FTC said online marketers need to indicate they receive kickbacks (affiliate fees, click fees), which is not being done.
Mr. Sardi said that what’s happening to resveratrol isn’t limited to this one product niche. “The dietary supplement industry is being overrun by these renegade companies and it does nothing to stop them,” he said. “I have suggested to the Council for Responsible Nutrition (CRN) that all new dietary supplement companies be registered and their executives confirm in writing that they have read and will comply with Title 21 (FDA) and FTC guidelines regarding marketing of dietary supplements. The FTC says it will do nothing unless it receives 100+ complaints. My guess is that the FDA and FTC want the supplement industry to look like it is outside the law in order to usher in draconian restrictions.”
He advocated licensure or registration of supplement makers, whose executives must certify they have personally read and acknowledge they are accountable to comply with Title 21 (FDA) regulations and FTC advertising guidelines.
“The regulators are allowing a loose rope for the industry, hoping it will hang itself,” he concluded. “The outlaw supplement marketers must be brought to accountability.”
Related Searches
Related Knowledge Center
Suggested For You 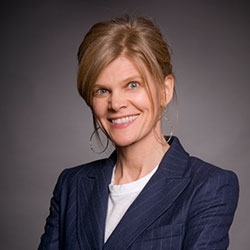 An Interview with Tami Wahl of AHPA

Insights on the Gluten-Free Market

WEB EXCLUSIVE: Beyond the French Paradox