I’ve never liked making “predictions.” I usually leave that kind of thing to people who actually know a lot more than I pretend to. But I do love a Top 10 List, so I’m offering my own “11 ‘Predictions’ for 2011.”
11) Sex, Drugs and FDA What could be sexier than a warning letter from FDA? The practice of spiking so-called “supplements” with prescription drugs has been high on FDA’s radar. Unfortunately, I expect to see more of these dangerous, illegitimate products in the future, along with FDA action against them.
10) Regulators Await The European Food Safety Authority (EFSA) has caused some hair-pulling in the EU after rejecting so many proposed health claims. I expect to hear much more related to the claims process and how functional food companies will deal with handcuffs on in the year ahead.
9) Food for Fido Liz Sloan once said that in a tough economy, booze and pet products still do well. (I’ll drink to that.) Nutraceutical products designed for pets continue to hit store shelves. Probiotics, which continue to grow in a host of categories, seem to be finding a nice niche in this market.
8) The Smart Stuff Let’s face it; an aging population fearful of Alzheimer’s disease and dementia is looking for any edge they can get. And who doesn’t want to maintain their brain’s health?
7) Bones & Joints I know, again with the Baby Boomers? But they really are everywhere. I see them all the time running in my local park and just generally out and about. No wonder this market is so important.
6) Sunshiney Days To be perfectly off-the-wall corny, the future is pretty bright for vitamin D. With so much focus from researchers, manufacturers and consumers, it’s fair to say we’ll continue to see a lot more about the sunshine vitamin.
5) Energize-Me, or Not 5-Hour Energy gave a boost to the energy category, as well as the larger shot market. It seems everyone could use some help in the energy department these days, but a relaxation and anti-stress platform is emerging too.
4) Inherently Healthy As consumers rebel against ingredients like high-fructose corn syrup and additives they can’t pronounce, foods and beverages that are naturally healthy, like tea, offer added appeal. This trend aligns with the importance of convenience and simplicity. Nutrition and health shouldn’t be, and really aren’t, all that difficult.
3) Big Kids on the Playground Numerous mergers and acquisitions in 2010 have positioned some big players at the forefront of the industry, including BASF, Corn Products, Carlyle Group and Pharmachem. In addition, key strategic investments from companies like Pepsi and Nestle means we might expect big things from them in the future.
2) An Omega 3 Storm Globally, consumers spend $13 billion on omega 3 products, from pharmaceuticals to fortified infant formulas. Between Lovaza (GSK’s FDA-approved prescription fish oil), several products undergoing clinical trial in effort to compete with Lovaza, dietary supplements and functional foods/beverages, omega 3s should continue their positive momentum in 2011.
1) Healthcare Headaches Despite passage of a healthcare bill in 2010, this controversial story is far from over. But ultimately, most people still can’t afford to get sick and are more interested in prevention today than ever before. That gives you an attentive audience. So take it away…
Related Searches
Related Knowledge Center
Suggested For You 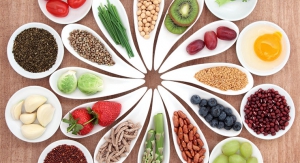 Lovaza vs. Supplements: Friends or Foes?

Adding a Woman’s Touch to Wellness