The Promise of Astaxanthin

Okinawans are the longest-lived people on the planet and astaxanthin may be an important contributing factor leading to their longevity.

As a researcher and a clinician-scientist, a significant part of my research career has been spent studying the Okinawans, the longest-lived people on the planet. With approximately 50 centenarians per 100,000 persons—Okinawa’s population boasts four or five times the average for most industrialized countries.

Not only do they enjoy exceptionally long life spans, but equally important is their capacity to age in a healthy manner. The chronic disease profile of older Okinawans is especially impressive. For example, they have 80% less coronary heart disease mortality and 40% less cancer mortality than the U.S. population.

The reasons behind the Okinawan propensity for healthy aging are manifold. There are cultural, genetic and even spiritual components.

However, the purpose of this article is to examine their diet—specifically carotenoids and other phytoactive compounds found in Okinawan sweet potatoes, turmeric, leafy greens and marine-based foods, such as fish, crustaceans, seaweeds and kelp.

Common characteristics of these phytochemicals is their capacity to fight oxidative stress and inflammation—key factors in the development of chronic diseases that afflict old age. In particular, researchers have found oxidative stress to be a principal mechanism of aging. Thus if we can encourage anti-oxidative protection and discourage free radical production, we can protect the body from oxidative damage, mitigate the risk for age-associated disease and, perhaps, even modulate the very rate of aging. 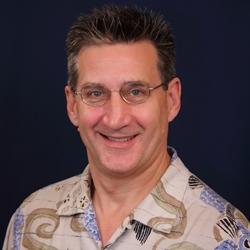 Enter Astaxanthin
Astaxanthin is a marine-based carotenoid consumed by Okinawans in fish, crustaceans and seaweed. It has been available as a supplement for a number of years and is currently produced commercially from microalgae grown in tanks or ponds. There are several companies that produce a natural form of this product including Fuji Chemical Industry Co Ltd., Algatechnologies Ltd. and Cyanotech Corporation.

More than 1,000 peer-reviewed publications are available on astaxanthin and more than several hundred have been published in just the last three years, reflecting a growing scientific interest in this compound. Research indicates astaxanthin may help individuals suffering from inflammation-related conditions including arthritis and rheumatoid disorders, metabolic disease, as well as cardiovascular, neurological and liver diseases.

Perhaps the most intriguing characteristics about astaxanthin is what it doesn’t do. Astaxanthin doesn’t have the deleterious side effects that conventional anti-inflammatory therapies such as steroids and NSAIDs exhibit.

What’s important to understand is that caloric restriction is the only non-genetic intervention that has consistently shown an extension of maximum life span in model organisms of aging. Not coincidentally, the Okinawans are the only known human population to show an extension of maximum life span. So mimicking its biological effect could be very important for healthy human aging and longevity.

Consistent with a caloric restriction effect, prevalence and age-adjusted mortality for particular age-related diseases (especially cardiovascular diseases, cancer and dementia) is low in elderly Okinawans compared with other Japanese and Americans.

Concomitant with diminished chronic disease is an extended life span.

Life expectancy for Okinawans from age 65 may be the longest in the world—at 24.1 years for women and 18.5 years for men. This compares favorably to 22.5 and 17.6 years for the same birth cohort in mainland Japan and 19.3 and 16.2 years for corresponding U.S. birth cohorts of women and men, respectively.

In theory, caloric restriction as a method of increasing life span and health, is a great idea. Obviously in practice, it’s not everyone’s first choice. Thus, the development of pharmaceutical and nutraceutical compounds that activate the same metabolic and stress-response mechanisms induced by caloric restriction without restriction of food intake could have an enormous potential impact for public health.

In other words, if you can develop a therapeutic way to “trick” the body into acting as if it’s undergoing caloric restriction without having to subject people to eating less, you’d have a formidable vehicle to promote increased life span and health span.

Our team of researchers here in Hawaii is beginning to unlock the actual biological mechanism of this process at a genetic level.

Astaxanthin & FOXO3
The biological basis of the caloric restriction phenomenon is not yet understood, but our thesis is that it is linked to nutrient-sensing biological pathways that modulate growth and biological systems responsible for stress resistance, and ultimately aging. Our hypothesis is that caloric restriction (also known as dietary restriction since low intake of some amino acids is also effective) induces hormesis, a low-level stress, which triggers the up-regulation of stress resistance biological pathways, which includes the FOXO3 gene.

Research points to FOXO3 as one of only two genes that have been consistently shown to influence longevity in diverse human populations. (The other gene is Apolipoprotein E). Thus FOXO3 acts as a key regulatory gene in the insulin/insulin-like growth factor-1 (IGF-1) signaling pathway and helps regulate metabolism, oxidative stress, cell cycle, apoptosis and other mechanisms responsible for cell and organismal survival.

The shorthand is that we believe astaxanthin is a key to triggering the FOXO3 gene’s positive influence on longevity.

Animal studies have shown strong support for this. We’ve found that Okinawans eating a traditional diet gained an additional 6% survival time from age 65 (1.3 years) versus other Japanese and an additional 20% survival time (3.6 years) versus Americans. Perhaps most notable is that Okinawans gained almost a decade of additional disability-free life expectancy compared with Americans. By stimulating the FOXO3 gene with the right foods and phytonutrients, odds are one will live longer and healthier.

Developing a Synthetic Astaxanthin for Humans
There’s a plethora of astaxanthin in the natural world, but deriving it from nature is both expensive and labor intensive. The demand for the natural product has grown rapidly over the last few years and quantities available from microalgal production are insufficient to meet the mass market. If this promising compound is to become available at an affordable price to all and meet the demand expected for a safe yet powerful anti-inflammatory product, there needs to be a nature-identical copy that can be produced at a low cost.

Enter a Honolulu–based pharma company, Cardax Inc, which may change this equation. The company has discovered how to directly synthesize an exact, “nature identical” molecular copy of the compound suitable for human consumption.

BASF has exclusively licensed the right from Cardax to develop and commercialize this nature identical astaxanthin in nutraceutical products. The proprietary methods for manufacturing astaxanthin developed in alliance with BASF will enable clinical and commercial development of a low-cost pharmaceutical-grade astaxanthin product without dependence on low volume, expensive, and highly variable agricultural production.

Conclusion
Strong evidence points to astaxanthin, part of the traditional diet of the world’s longest-lived (and healthiest) people, as a key phytonutrient tied to anti-inflammatory and caloric restriction-mimetic properties. Understanding more about these nutritional phenomena, their biological pathways, and their relevance to human health, may lead to the development of nutraceutical and pharmaceutical therapies that could have a tremendous impact on public health. The advent of an inexpensive, synthetic, yet “nature-identical” version of this compound could greatly impact the development of new therapies for the chronic diseases of aging and ultimately longevity.

Author of the NY Times best-selling book on healthy aging, The Okinawa Program, Dr. Willcox is Professor and Director of Research, at the Department of Geriatric Medicine, John A. Burns School of Medicine, University of Hawaii; and an Investigator with the Honolulu Heart Program, Kuakini Medical Center. He has also served as a member of the Scientific Advisory Board for Cardax. Inc.
Related Searches
Related Knowledge Center
Suggested For You 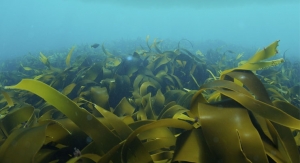 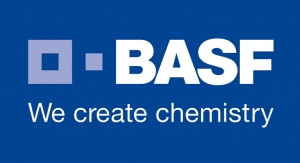 Slideshow: Six Antioxidants on the Rise