A study in the journal of the American Academy of Neurology evaluated metrics of fish consumption, exposure to air pollution, and brain shrinkage. 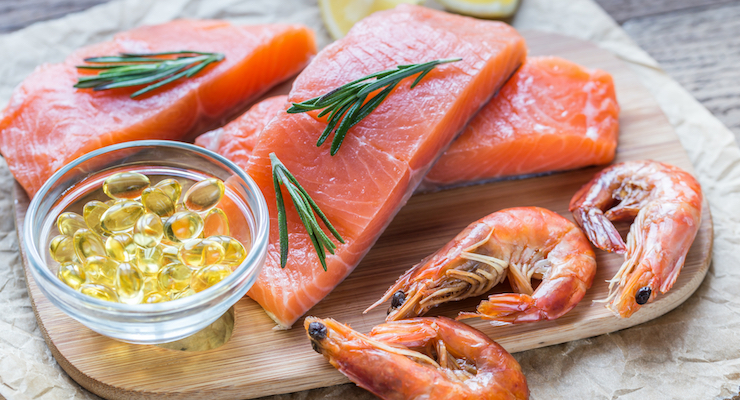 Previous researched linked omega-3s to protecting brains from exposures to lead and mercury, the researchers said.
07.16.20

A study published in Neurology, the medical journal of the American Academy of Neurology, found that older women who eat more than one to two servings of fish per week may consume enough omega-3 fatty acids to counteract the effects of air pollution on the brain.

Researchers evaluated the neurological outcomes of 1,315 women with an average age of 70, who did not have dementia at the start of the study, and lived in areas known to have high air pollution. Women completed questionnaires about diet, physical activity, medical history, and adjustments were made for age, smoking, and other behavioral factors that could affect brain shrinkage.

The diet questionnaire was used to calculate the average amount of fish each woman consumed each week, including broiled or baked fish, canned tuna, tuna salad, tuna casserole, and non-fried shellfish, in order to approximate their average intake of omega-3s, which are associated with neuroprotective benefits. Fried fish were not included in the study because prior studies have shown that deep frying damages omega-3 fatty acids.

Researchers used the women’s home addresses to determine their three-year average exposure to air pollution. Following this, participants received MRI scans of their brains to measure various areas of the brain including white matter and the hippocampus, a part of the brain which is associated with memory.

“Our findings suggest that higher levels of omega-3 fatty acids in the blood from fish consumption may preserve brain volume as women age anad possibly protect against the potential toxic effects of air pollution,” He continued. “It’s important to note that our study only found an association between brain volume and eating fish. It does not prove that eating fish preserves brain volume. And since separate studies have found some species of fish may contain environmental toxins, it’s important to talk to a doctor about what types of fish to eat before adding more fish to your diet.”

Since the study participants were limited to older white women, researchers said the results cannot be generalized to census-weighted demographics. Also, researchers were only able to examine exposures to later-life air pollution, while early- and mid-life air pollution exposures were not taken into account.
Related Searches
Related Knowledge Center