Deerland Probiotics and Enzymes’ ProHydrolase enhanced the benefit of whey protein in a clinical trial in which they were taken together. 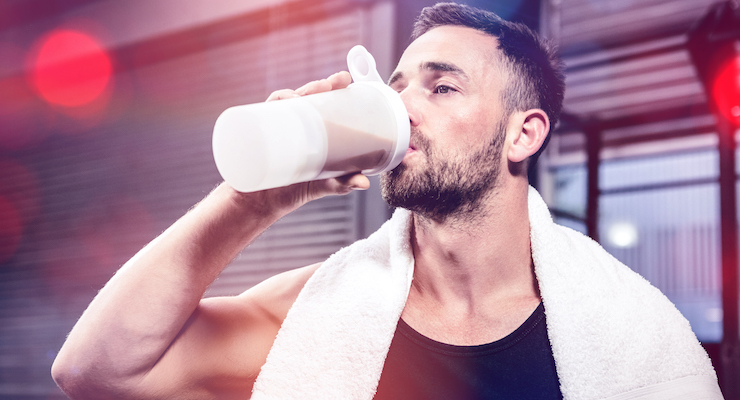 Blood tests and muscle biopsies found higher concentrations of leucine in those who drank whey protein with the enzyme blend, compared to whey alone.
06.17.20

To be effective, whey and other forms of protein are cleaved into smaller particle sizes within approximately 90 minutes after ingestion, from the time it arrives at the small intestine, which is where protein is digested and absorbed. After absorption, the amino acids are utilized by the muscles for building and repair. Raising the level at which the body is able to break down peptides in whey protein is considered beneficial for athletes, trainers, or other fitness enthusiasts who consume whey protein powders daily for muscle gain and strength.

The study, published in the journal Sports, is a randomized, double-blind, placebo-controlled study involving 10 resistance-trained males. The participants completed four sets of 8-10 reps on a leg press and leg extension exercise on separate occasions, after which they consumed either 26 grams of standard whey protein, 26 grams of whey protein with an added 250 mg of ProHydrolase, or a placebo.

The results of blood tests and muscle biopsies showed that compared to immediately after consumption, those in the ProHydrolase and whey group demonstrated significantly elevated plasma leucine levels increased by 33% at 30 minutes. These data corroborate previous research on ProHydrolase which showed that levels of leucine in the blood increased by 5% after 4 hours.

Leucine is a branch-chain amino acid (BCAA) which triggers muscle synthesis that supports growth and repair of skeletal muscle, skin, and bones. It supports regulation of blood sugar levels, and is a potentiator to Human Growth Hormone.

Additionally, the new study also showed that at 30 minutes post-consumption the ProHydrolase and whey group experienced a significant increase in BCAA plasma levels compared to those in the whey protein group. They had 33% greater leucine, 32% greater BCAAs, and 29% greater essential amino acids. These remained elevated at 180 minutes post-ingestion.

“ProHydrolase is like protein powder’s perfect partner,” Dr. John Deaton, vice president of science and technology at Deerland Probiotics and Enzymes, said. “The enzyme blend potentiates the powder’s ability to protect and improve muscle structure, especially after vigorous workouts. Without ProHydrolase, whey or other protein powders may not be optimally used by the body.”

“More people are becoming active and using protein powders, whey or plant-based, in the singular attempt to feed their muscles,” Deaton concluded. “ProHydrolase is, without a doubt, a potent and perfect protein partner.”
Related Searches
Related Knowledge Center