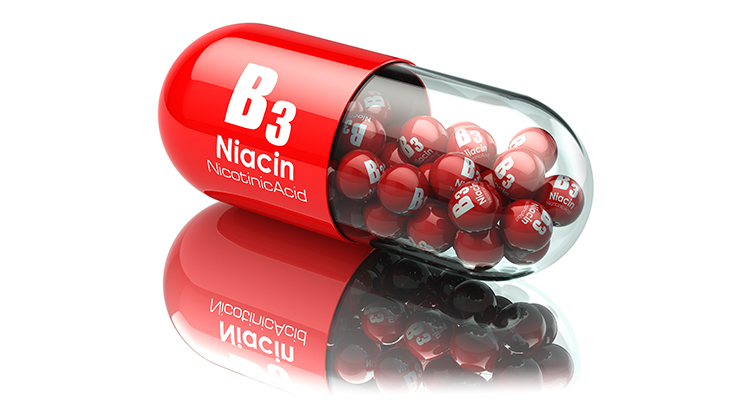 Vitamin B3 (niacin) may offer therapeutic benefit in a progressive muscle disease, according to an international team of scientists, led by the University of Helsinki.

Vitamin B3 forms have recently emerged as potent boosters of energy metabolism in rodents. These vitamins are precursors for NAD+, a molecular switch of metabolism between fasting and growth modes.

As fasting has been shown to promote health and longevity in mice, for example, a variety of “NAD boosters” are being developed. However, whether actual NAD+ deficiency exists in human disease, and whether NAD+ boosters could have curative effects in patients with degenerative diseases, has remained elusive.

"The disease is characterized by progressive muscle weakness, exercise intolerance and cramps. Currently, no treatments that would slow down disease progression exist," said Suomalainen-Wartiovaara.

Pirinen and colleagues reported that niacin treatment efficiently increased blood NAD+ both in patients and healthy subjects. Niacin restored NAD+ in the muscle of the patients to the normal level and improved strength of large muscles and mitochondrial oxidative capacity. Overall metabolism shifted towards that of normal subjects.

The results of this open pilot study revealed that niacin is a promising treatment option for mitochondrial myopathy. The authors emphasized, however, that niacin and NAD+ are efficient metabolic modifiers and niacin treatment should be cautiously applied only, when NAD deficiency is detected for example in the patient’s blood.

"Our results are a proof-of-principle that NAD+ deficiency exists in humans and that NAD+ boosters can delay progression of mitochondrial muscle disease", Suomalainen-Wartiovaara said.