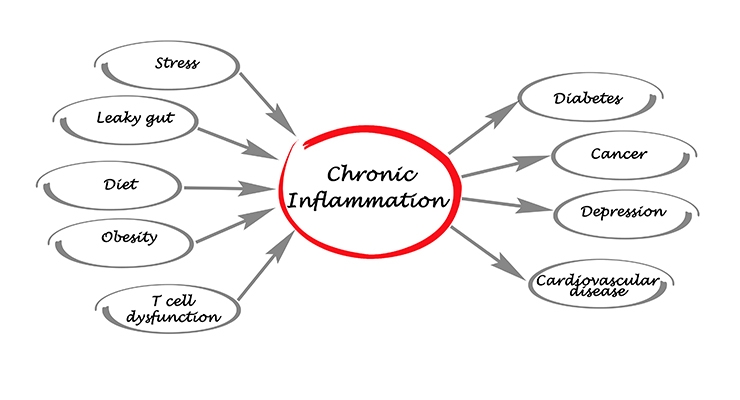 House Wellness Foods has investigated the anti-inflammatory benefits of its unique immunobiotic Lactobacillus plantarum HK L-137, the primary ingredient of its Immuno-LP20. A study published in the European Journal of Nutrition illustrated how this bacillus, in its nonviable form, can improve inflammation and lipid metabolism in at risk subjects.

Inflammation is a bodily response that counters stress, infection and external toxins. It is also one of the keystones of metabolic dysfunction. Unchecked, iInflammation t can cause the decline of overall health, is linked to a string of metabolic complications, and implicated in dozens of autoimmune diseases.

Obesity is among the most prevalent disease factors in post-industrial society worldwide, (affecting about 40% of the U.S. population alone).

The new study from House Wellness Foods laboratories, in cooperation with the Medical Institute of Bioregulation, Kyushu University, detailed the process by which inflammation sets its destructive effects in motion. Adipose tissue produces an abundance of inflammatory cytokines, resulting in elevated serum levels of inflammatory mediators (C-reactive protein and leukocyte concentration among them). Tumor necrosis factor and interleukin induce systemic insulin resistance and affect lipid metabolism. There is a concomitant elevation of the serum levels of triglycerides and very-low-density lipoprotein (VLDL).

In the inflammation response, cells communicate to protect muscles and organs in bodies subjected to ordinary stress or injury. The research paper defined the consequences of lingering inflammation, such as that associated with overweight, and how the inflammatory mediators present in obese or overweight persons need to be suppressed to thwart associated metabolic disorders such as insulin resistance and hyperlipidemia.

Lactic acid-based bacterial probiotics have long shown effectiveness in immune modulation and lipid metabolism. Viable lactobacilli in foods like kefir and other probiotic boosters have proved valuable in lowering total cholesterol levels, but their effect is limited both by their chemistry and the mechanisms by which they act on the body. Multiple peer-reviewed studies have shown that nonviable bacilli, like (heat-killed) HK L-137, are equally, and in many instances more effective in improving obesity-induced inflammation and abnormalities of lipid metabolism, with a more profound impact on immune response as gauged by multiple measurements including enhanced Th1-related immune functions, such as concanavalin A (Con A)-induced proliferation in T cell production.

Heat-killing strengthens the bacterial organism’s cellular barriers and fixes its biogenetic material, according to House Wellness. It stands up to gastric fluids and remains intact through to the ileum of the small intestine, to go on to spur immune response in the mucosa. Heat-killing is what gives HK L-137, the prime constituent of House’s Immuno-LP20, its character as an immunobiotic. As multiple peer-reviewed studies show, its cell protective and regenerative function supports quality of life improvements that include dramatic reduction of upper respiratory infection and periodontal disease. It also makes HK L-137 available for the widest range of applications due to its ability to withstand processing. Nonviability gives it a long shelf life without diminishing its effectiveness.
Related Searches
Related Knowledge Center