Nutraceuticals are considered non-specific biological therapies that provide physiological benefits and relief from numerous chronic diseases. Due to these benefits, TMR reported steady growth during the past few years, and the trend is expected to continue because of an increase in consumer spending on nutritious and healthy functional foods worldwide.

A rise in the demand for nutraceuticals is being driven by the increased awareness for the benefits of a nutritional diet in developed countries. The U.S. and Canada, cumulatively, led the market in 2014 and is anticipated to grow steadily looking ahead. In Europe, developed countries such as Germany, France and the U.K have emerged as the key nutraceutical markets. Factors such as growing health concerns; increasing consumer awareness of avoiding synthetic drugs; and rising interest in leading a healthy life are the major contributors to the growth of this market.

While developed countries are major contributors to the global nutraceutical market, developing countries in the APAC region such as India and China have witnessed growth in the affluent middle-class population, who are shifting towards awareness for a nutritional diet. Factors such as the change in lifestyles and increase in income level have enabled them to buy dietary supplements, functional foods and health drinks. APAC comes second in terms of market share and fastest in terms of growth rate.
Related Searches
Related Knowledge Center
Suggested For You 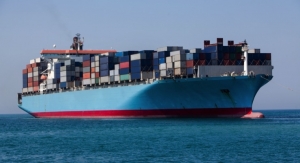