The global supplements industry is increasingly competitive, according to Innova Market Insights.

The market for dietary supplements has seen strong growth in recent years, reflecting increasing consumer concerns about the adverse effects of busy lifestyles and stress on health, as well as rising demand from an aging population. In addition to optimizing health via diet, consumers are increasingly using supplements for areas of their lives perceived to need additional support.

North America, particularly the U.S., has been driving activity in supplements, accounting for over 42% of global launch activity recorded by Innova Market Insights in the 52 weeks to the end of November 2015. This reflects the highly developed nature of the market, which is the largest in the world. Europe came next with just under 30%, trailing the U.S. despite the number of countries involved.

Emerging markets are seeing rising demand, however, with increasing disposable incomes and a desire to take on elements of a more Western lifestyle. This is being led by Asia, particularly China, which is developing fast and has a large population that is increasingly able to afford this type of product. The share of Asia in supplement launch activity has reached 16%, up from just over 11% two years previously.

“Other factors driving the market include growing availability, the range of products and formats appearing and an increased focus on branding rather than just promoting specific ingredients and their potential benefits,” said Lu Ann Williams, director of innovation at Innova Market Insights. The number of supplements available is very large, featuring an increasing range of ingredients, although general vitamin and mineral products continued to dominate launches in 2015, accounting for 28% of the total, ahead of botanical and herbal products with nearly 14%.

Methods of delivery have also changed in the sector, with a move away from supplements in the form of tablets and capsules and toward alternative easier-to-consume formats, such as powders and liquids. There has also been rising interest in products that straddle the boundary between supplements and foods, with dose-delivery probiotic drinks, such as Yakult and Actimel (DanActive in the U.S.) being one of the most high-profile examples. Others include fortified confectionery drops, chews and gums, as well as supplement-type beverages such as Joint Juice (with glucosamine) for joint health.

Initiatives in the dietary supplements sector have increasingly moved toward targeting specific consumer groups with benefit-oriented solutions. This involves not just lines formulated for groups such as women or older people, but also at application areas such as weight management, primarily weight loss, with nearly 10% of supplement launches taking this kind of positioning in 2015.

Another key growth area is sports supplements, which have seen rising levels of interest in line with sports nutrition as a whole. Usage is tending to spread away from professional sportsmen and athletes and more into the mainstream for a whole range of active consumers looking to improve their general health and performance levels.

“The high level of new product and promotional activity reflects the fact that the global supplements industry is increasingly competitive,” Ms. Williams concluded. “This is both internally between different manufacturers and brands and between different ingredients targeting the same health conditions, and also externally where supplements have to compete with healthy foods, functional foods, and even OTC pharmaceuticals to cater for increasingly demanding and savvy consumers.”
Related Searches
Related Knowledge Center
Suggested For You 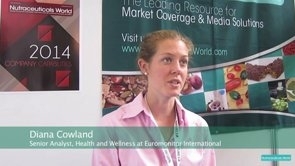