Studies conducted by the U.S. government have found evidence suggesting that aloe vera extracts caused intestinal cancers in male and female laboratory rats, and as a result the nonprofit Center for Science in the Public Interest (CSPI) has given aloe vera an “avoid” rating in its Chemical Cuisine guide to food additives.

In recent years drinks and dietary supplements containing aloe vera have popped up in online retailers and in health food stores boasting the plant’s “powerful healing properties,” including claims that it “balances stomachacidity,” detoxifies, or promotes “overall well-being.” However, when taken orally, some studies have found that aloe vera can cause cramps and diarrhea. In 2002, the Food and Drug Administration banned it from over-the-counter laxatives, but the ingredient is still commonly used in juice drinks and supplements.

In response to CSPI’s assessment, The International Aloe Science Council (IASC) offered some facts and research about the safety and efficacy of aloe vera. IASC pointed to several recently published studies, which found no carcinogenic effects in mice or rats consuming aloe vera.  According to IASC executive director, Devon Powell, “These studies provide significant data demonstrating that aloe vera products manufactured according to IASC standards for aloin content are safe.” Aloin is the aloe vera latex laxative component, which has been found to cause cramping and diarrhea.

A press release from IASC also cited research from The International Agency for Research on Cancer (IARC), which reviewed aloe vera carcinogenicity information and determined that unpurified whole leaf aloe vera juice is possibly carcinogenic to humans due to its aloin content. However, the IARC report specifically noted that purification by decolorization removes the toxic latex constituents of concern. “The powerful laxative effect from ingesting unpurified aloe vera products would make it obvious if that's what people were consuming,” said Mr. Powell. “IARC clearly understands that decolorized whole leaf aloe vera juice is devoid of the toxic chemicals that have caused so much concern, yet CSPI seems willing to make uninformed and sensational comments that will only serve to confuse and frighten consumers despite the facts.”

IASC noted that the vast majority of aloe vera products for oral consumption are decolorized, or purified. Decolorization, or purification, is the process of removing laxative constituents from aloe vera raw materials during processing. This process uses an activated charcoal filtration step to ensure that aloe vera juice finished products are virtually free of toxic constituents found in aloe vera latex.

Further, IASC tested the aloe vera study material used by the National Toxicology Program (NTP) in their animal studies and only found the aloe vera latex laxative component aloin present in substantial quantities of a few percent of the total. IASC claims that this is not the ingredient that consumers ingest from the vast majority of commercially available aloe vera products. Additional details on the NTP study can be found by reading the IASC's position paper or by contacting the IASC.

To protect consumers, IASC created and manages a third-party certification program that ensures the content and purity of aloe vera products. Products in the program are analytically tested for aloin content to ensure compliance with a maximum limit of 10 parts per million. Consumers can look for the IASC seal to purchase IASC certified products.

In other Chemical Cuisine news from CSPI, the organization downgraded the preservative tert-butylhydroquinone, or TBHQ, from “safe” to “avoid” because a government study found TBHQ increased the incidence of tumors in rats. TBHQ is used in such fat-containing products such as Grandma Utz’s Handcooked Potato Chips and the frying oil McDonald’s uses for its french fries, Chicken McNuggets, and other deep-fried foods.

CSPI also downgraded the seaweed extract carrageenan from “safe” to “certain people should avoid.” Used as a thickener and stabilizing agent in many dairy products, a World Health Organization committee concluded that it is inadvisable to use carrageenan in liquid formula designed for infants under one year of age. Carrageenan is still used in some varieties of Similac, though not varieties sold in the U.K.

A new entry in Chemical Cuisine for Yellow Prussiate of Soda states that the anti-caking agent, used by salt manufacturers, is safe. Despite the fact that the ingredient contains cyanide, it is not toxic because the cyanide is tightly bound to iron atoms. Similarly, the group rates erythritol, polyglycerol polyricinoleate, and sodium carboxymethyl cellulose as safe. In fact, CSPI says that some of the most dangerous substances in the food supply are things that the Food and Drug Administration considers “generally recognized as safe”: salt, sugar, and partially hydrogenated oil.
Related Searches
Related Knowledge Center
Suggested For You 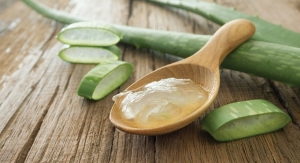 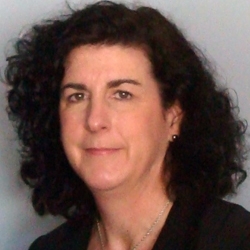 Flora Research to Develop Method to Test for Benzene