Zeaxanthin approval provides a new opportunity for vision benefits through food and supplements.

Naturally-sourced zeaxanthin from Kemin Industries has been approved as a New Food Material by the National Health and Family Planning Commission (NHFPC) of China. Kemin suggested the approval would give manufacturers a new opportunity to include natural zeaxanthin in supplements and foods for eye health benefits.

Dietary zeaxanthin and lutein are the carotenoids found in common foods and deposited in the eyes for vision health, with zeaxanthin more prevalent in the central region of the retina. Kemin ZeaONE Zeaxanthin (distributed by DSM as OPTISHARP Natural Zeaxanthin) is a naturally-sourced zeaxanthin from the same company that produces FloraGLO Lutein. ZeaONE Zeaxanthin provides the zeaxanthin form found in our diet, and is extracted from the petals of marigold flowers.

"We are excited to supply high-quality, naturally sourced zeaxanthin to Chinese companies looking for trusted ingredients that will help protect the eye health of Chinese consumers," said Anita Norian, president of Kemin Human Nutrition and Health.

Chinese consumers can now benefit from the eye health formulation of the Age-Related Eye Disease Study 2 (AREDS2), a study in more than 4,000 adults which showed that 2 mg of zeaxanthin along with 10 mg of FloraGLO Lutein reduced the risk of progression to advanced age-related macular degeneration (AMD).

Zeaxanthin and lutein act as powerful antioxidants in the eye with clinically proven benefits for visual performance and function, in addition to age-related eye conditions such as AMD and cataracts (Optometry and Vision Science, 2008. Ophthalmology, 2001. JAMA Ophthalmology, 2013.).

Studies have also shown that zeaxanthin and lutein protect eyes from exposure to blue light, part of visible light and the most harmful to our eyes (Survey of Ophthalmology, 2006. Acta Ophthalmologica Scandinavica, 2006.).

The approved zeaxanthin is listed under its scientific name in Chinese, (3R,3'R)-dihydroxy-β-carotene, and up to 4 mg per day can be included in product formulations. 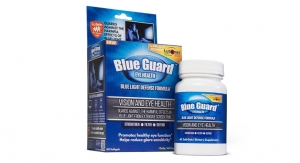 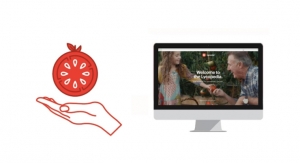