New product activity continues to accelerate as companies look to differentiate their products from strong competition. 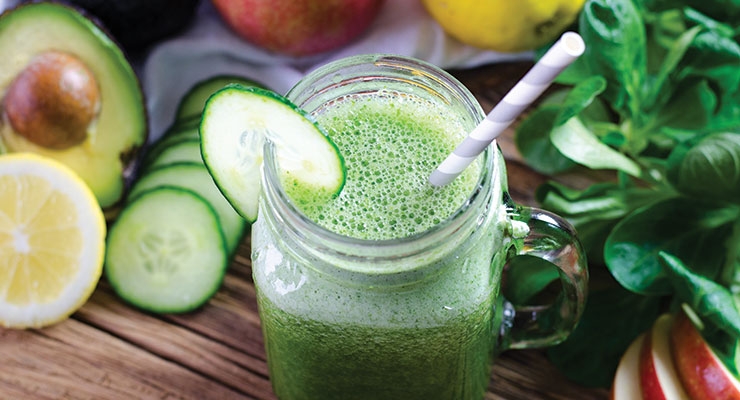 Health continues to be a key area of interest in the soft drinks market, where some products such as juices and water have an inherently healthy image, while others are formulated for specific benefits beyond hydration, perhaps most notably sports and energy drinks. Elsewhere in the mainstream market, companies are continuing to position all types of soft drinks products on various health platforms, from the passive (e.g., sugar-free, low-calorie, natural, etc.), to the active (e.g., vitamin- and mineral-fortified, added-calcium and functional). Companies are also featuring specific health benefits like immune, heart, oral, etc.

Nearly 63% of global soft drinks launches recorded by Innova Market Insights in 2016 used a health positioning of some kind, rising to over 76% in the U.S. Key areas of interest in recent years have tended to focus on clean labeling, although there is also ongoing activity in sugar reduction and diet drinks. In general, clean label claims are relatively high in soft drinks, with over 40% of global launches carrying one or more claims related to naturalness, free from additives and preservatives, or organic certification, rising to over half in the U.S. Organic options have become increasingly popular in the U.S., particularly in recent years, now featuring on 20% of U.S. soft drinks launches overall, rising to nearly 28% in juices and juice drinks, and nearly 40% in iced tea.

Sugar Reduction
Running alongside this interest in clean labeling has been the rising level of concern over sugar levels in the diet, which has resulted in reformulation of existing products and the launch of new low-sugar options. The soft drinks category has been a leader in this area, with 18% of launches recorded by Innova Market Insights in 2016 marketed as low-sugar, sugar-free, or no-added-sugar, rising to over 22% in the U.S. The highest levels of activity have been in juice/juice drinks, which accounted for half of U.S. soft drinks launches with this type of claim, equivalent to about one-third of total juice/juice drinks launches.

This reflects the fact that juices/juice drinks have suffered, along with many other food and drinks products, from rising concerns over sugar content. Despite reduced-sugar initiatives, sales are falling in many parts of the world; although more positive trends were evident in particular sectors, such as smoothies, and in more innovative flavors, more ingredient blends, and more use of fruit and vegetable fusions. Green juice blends—featuring green vegetables like kale, spinach, parsley, lettuce, cucumber, and celery—have become increasingly popular, often combined with fruit to offer a sweeter taste and produced via cold pressing to optimize flavor and quality.

Carbonates
In spite of the higher levels of activity in sugar reduction in juices and juice drinks, one of the most high-profile areas has been the carbonates sector, probably reflecting the relatively high levels of per capita consumption and the presence of dominant multinational brands, particularly in cola. Just over 13% of global carbonate launches carried sugar content claims, which is relatively modest in comparison with some other soft drinks sub-categories. Focus in 2014 and 2015 was strongly on the potential for mid-calorie lines rather than more traditional low- or zero-calorie products, but it now seems to have been acknowledged that consumers do not appear to understand the mid-calorie offering and prefer to stick with either classic or zero-calorie options.

Over in the U.K., Coca-Cola Life, the mid-calorie cola, appeared to be a victim of the rising focus on reducing sugar levels in the diet. First launched in the U.K in 2014, following its appearance in a number of other markets, including the U.S., it was revamped in the U.K. in early 2016 with a new lower-sugar recipe. In spite of this, the company reported that sales fell by over 50% in 2016, with retail sales of about £11 million, although it attributes this drop to its One Brand strategy which has encouraged more people to try different Coke variants.

While Coca-Cola Life struggled, one of the most successful U.K. launches in 2016 was the revamped Coca-Cola Zero Sugar, formerly just Coca-Cola Zero. It was introduced in April 2016 following the discovery that half of its existing consumers did not know it was no sugar. In July, Coca-Cola launched a campaign to actively promote consumer moderation and reduce sugar consumption, with a target of making 50% of its sales from non-sugar options by 2020. The brand saw double-digit value and volume growth in the first 11 months of 2016, with sales approaching £100 million. It was the only Coca-Cola variant seeing growth in the U.K. in 2016, with the overall Coca-Cola portfolio falling by about 4% in an overall carbonates market down about 1%.

Back in the U.S., consumers appear to be turning their backs on cola and some other carbonates in the wake of concerns over calorie and sugar content. Consumers appear to be more concerned with naturalness, thus perhaps spurning artificial ingredients, such as some sweeteners. It was probably in response to this that Diet Pepsi was reformulated to be aspartame-free in 2015, with the brand and its variants using as sucralose blend instead.

Stevia
The use of stevia as a natural sweetener has had a relatively high profile in recent years, with soft drinks one of the major application areas. The use of stevia by some of the world’s leading carbonate brands, such as Coca-Cola with Coca-Cola Life, has been the subject of much publicity, but use in the sub-category has not taken off as might have been expected, and the use of stevia as a sweetener has been higher in other parts of the market. Drinks concentrates & mixers led, accounting for a quarter of U.S. soft drinks launches featuring stevia in 2016, ahead of flavored bottled water with 21%, juices/juice drinks with 20%, and iced tea with 13%.

Some high-profile brands have continued to develop stevia-sweetened alternatives, generally using a health positioning focusing on naturalness and low sugar and calorie contents. These include Tropicana’s Trop50, which was one of the first stevia-sweetened juice drinks on the market back in 2009, with 50% less sugar and calories than standard lines. More recently, Ocean Spray’s PACt Cranberry Extract Waters and Fruit Infusions have also been launched using stevia for sweetening, while also focusing on the health benefits of the proanthocyanins contained in cranberries and some other fruits.

Energy Drinks
The energy drinks market, like the carbonates category, has been focusing on offering better-for-you variants. As concerns over sugar consumption have risen, more reduced-sugar and sugar-free energy drink variants have been introduced, with most leading players having at least one zero-sugar range within their portfolios—often also zero-calorie. Over a quarter of U.S. energy drinks launches recorded by Innova Market Insights in 2016 featured sugar-free claims, with this rising to over one-third if low-sugar and no-added-sugar claims are included.

Consumer concern over maintaining energy levels for increasingly fast-paced lifestyles has led to ongoing activity in the energy drinks market, but this interest in energy is not just a feature of the energy drinks market. Just under 10% of overall U.S. soft drinks launches in 2016 used an energy/alertness positioning. While energy drinks made up the largest number, taking a 32% share of the total, there were other products using this claim, led by iced tea with a 25% share. This was equivalent to just over 17% of total iced tea launches.

Although some teas take an energy positioning using ingredients such as yerba mate and guayusa, there are also some actually being called energy teas, as exemplified by BluePrint’s organic Energy Teas range, launched in early 2017 in Mindful Ma Tay, Mo Jo Matcha and Guaya-Fiyah variants.

RTD Tea & Coffee
The ready-to-drink (RTD)/iced tea market is seeing good growth overall, boosted by a natural and healthy image—with some consumers switching from carbonates—and there are relatively high levels of innovation to maintain interest in the market as new products and players emerge to engage consumers.

Not only do convenient RTD teas come in many varieties—black, green, white, red, oolong, and a whole range of herbal and botanical options—but also in a range of hybrid products featuring juices and fruit flavors, as well as in newer sectors such as sparkling teas, tea lattes, and coffee/tea blends. 2015 saw the arrival of Hain Celestial’s coffeehouse barista-style Celestial Lattes in Matcha Green, The Godfather, Mountain Chai, and Dirty Chai variants, while in 2016 Bhakti introduced a line of natural sparkling teas featuring a blend of carbonated teas, organic fresh-pressed juices, and fresh-pressed ginger. Flavors included Mango Lime Matcha, Tart Cherry Rooibos, and Mint Maté.

Competition Heats Up
The soft drinks market is becoming increasingly competitive as multinationals compete with regional and national players, as well as smaller more specialist producers of artisan-type brands. At the same time, the range of products available on the market continues to grow and definitions blur in the search for something new, often creating hybrids or combining elements of existing products.

Health continues to be an overall driver, with sugar the major area of current concern, but other factors also influence choice and are driving product development, including convenience, novelty, refreshment, and indulgence. New product activity is likely to continue at a rapid pace as companies look for something new and different not only to add value and hence profitability to their existing ranges, but also to differentiate their products from the welter of other competitors on the market.

Lu Ann Williams is director of innovation at Innova Market Insights. She leads a team of analysts on the Innova Database who are constantly looking for the next big trends. Track trends, competitors, ingredients and flavors: www.innovadatabase.com; contact@innovami.com; +31 26 319 2000.
Related Searches
Related Knowledge Center
Suggested For You 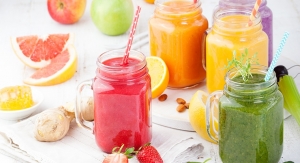