According to the National Institutes for Health, Americans suffer billion colds annually; this affects daily productivity costing each working adult an average of 8.7lost work hours with an economic impact of nearly $25 billion.

The peer-reviewed study, conducted at Chieti-Pescara University in Italy and published in the December 2014 edition of Panminerva Medica, included 146 participants between ages 25 – 65, all of whom were generally fit and in good health, and none of whom suffered from prior respiratory illnesses or had received a flu vaccination within three months prior to study inclusion.

At the first symptom, 70 participants elected to take the Pycnogenol 50mg twice daily in addition to their preferred best management; 76 participants in the control group relied on best management alone. Currently there is no best management for the common cold and left up to the discretion of the individual patient such as using a topical nasal decongestant or washing hands.

On average, symptoms of the common cold last five to ten days, with the first four days being the most severe. In the study, within four days of the first symptom, supplementation with Pycnogenol was shown to reduce the number of affected days (3.1 days Pycnogenol / 4.2 days control); significantly reduce number of lost work days (0.55 days Pycnogenol / 0.67days control); significantly reduce demand for additional treatments including nasal drops, aspirin + vitamin C, antihistamines and aerosols; significantly prevent complications and extensions beyond four days; and significantly shorten the duration of all pillar symptoms including scratchy or sore throat, sneezing, running nose, cough, temperature and more.

“This study finds Pycnogenol to be a safe and effective natural remedy to treat symptoms of the common cold, reduce the number of affected days and decrease complications from the cold without side effects,” said Dr. Gianni Belcaro, lead researcher of the study. “The significant effect of Pycnogenol to treat nasal congestion and runny nose can be attributed to the extract’s natural anti-inflammatory, anti-edema and antioxidant qualities and for its ability to improve blood circulation. These findings are supported by decades of research on Pycnogenol’s ability to naturally boost the immune system.”

Results in the study were self-reported using a visual analogue scale and the pillar symptoms, as defined by the Merck Manual, and were evaluated by the following symptoms: scratchy or sore throat, sneezing, runny nose, stuffy nose, malaise, cough, temperature and headache. 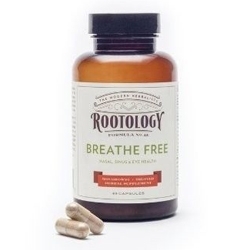 Zarbee’s: One of the Fastest Growing Cough/Cold Brands

Pycnogenol May Improve Signs of Aging