Consumption of whole grains may reduce risk of deteriorating glucose tolerance, including progression to pre-diabetes by mechanisms likely tied to effects on insulin sensitivity, according to a study published in the American Journal of Clinical Nutrition. In this prospective population-based study, researchers investigated whether a higher intake of whole grains protects against the development of pre-diabetes and Type 2 diabetes (T2D) and tested for modulation by polymorphisms of the TCF7L2 gene. They examined the 8–10-year incidence of pre-diabetes (impaired glucose tolerance, impaired fasting glucose or the combination of both) and T2D in relation to the intake of whole grain. Baseline data were available for 3,180 women and 2,297 men aged 35–56 years.

A higher intake of whole grain (>59.1 compared with <30.6 g/d) was associated with a 34% lower risk to deteriorate in glucose tolerance (to pre-diabetes or T2D; women and men combined). The association remained after adjustments for age, family history of diabetes, BMI, physical activity, smoking, education and blood pressure. Risk reduction was significant in men, but not in women. The intake of whole grain correlated inversely with insulin resistance.
Related Searches
Related Knowledge Center
Suggested For You 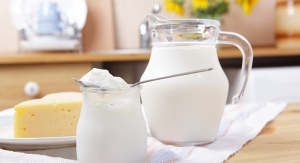