Cardiologist and clinical researcher from Duke University has served as deputy commissioner since March. 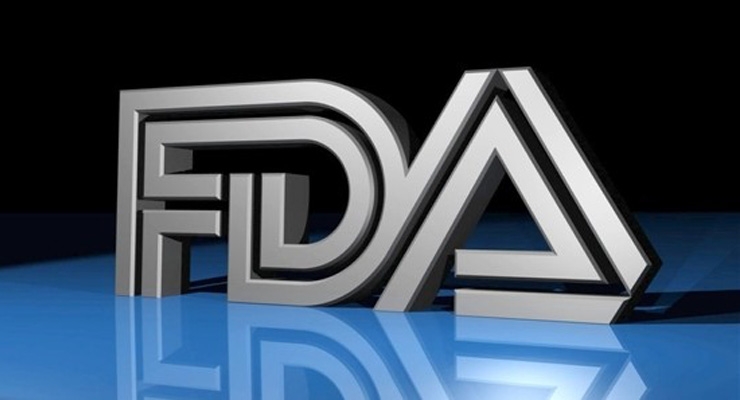 FDA regulates about a quarter of every dollar spent in the U.S.
Related CONTENT
Sean Moloughney, Editor02.25.16

The U.S. Senate voted to confirm the appointment of Dr. Robert Califf, MD, as commissioner of the U.S. Food and Drug Administration, which regulates about a quarter of every dollar spent in the U.S.

Dr. Califf, a cardiologist and clinical researcher from Duke University, has been serving as deputy commissioner since March, following the resignation of Margaret Hamburg, who began her tenure as commissioner in May 2009.

Dr. Stephen Ostroff, who has served as the acting FDA commissioner since April, commented on the approval, saying, “Dr. Califf has demonstrated a long and deep commitment to advancing the public health throughout his distinguished career as a physician, researcher, and leader in the fields of science and medicine. He understands well the critical role that the FDA plays in responding to the changes in our society while protecting and promoting the health of the public, across the many areas we regulate—and I am confident that our public health and scientific contributions will further grow under his exceptional leadership." 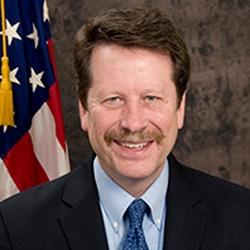 Dr. Robert Califf
Steve Mister, president and CEO of the Council for Responsible Nutrition (CRN), applauded the confirmation, calling it “pivotal” for the agency as well as the dietary supplement and functional food industries.

“Based on his confirmation hearing, we feel confident that Dr. Califf will be fully committed to enforcing the laws and regulations for our industry that help protect consumers,” he said. “Further, we hope the commissioner will continue the agency’s recent enforcement actions taken in conjunction with the Department of Justice to help rid the marketplace of the most egregious companies defaming our industry and posing the highest risk to consumers. Dr. Califf’s demonstrated leadership at the agency, paired with the recent elevation of the Division of Dietary Supplement Programs to ‘Office’ status, will enhance the agency’s ability to fulfill its regulatory responsibilities. As our industry continues to grow and evolve, we look forward to having a strong leader in place and working with Dr. Califf and his team on public health issues.”

The Natural Products Association (NPA) sent a letter to Dr. Califf outlining its priorities for the new commissioner and requesting a meeting. “NPA looks forward to a constructive dialogue that furthers our shared interests in protecting American consumers, including the millions of those who safely use dietary supplements everyday.”

In the letter, NPA asked Dr. Califf about his plans for using the legal tools at his disposal to enforce the laws and regulations related to the supplement industry, specifically:

“NPA also strongly supported the elevation of the Division of Dietary Supplements at FDA to an Office,” said Dr. Fabricant, executive director and CEO of NPA. “This is a long overdue step within FDA that we hope will empower the ODS to exercise all the authorities it has to regulate this important industry. To that end, we are interested knowing when a strategic plan for the new office of dietary supplements will be developed and what the FDA anticipates its budget will be for FY 17.”

NPA also expressed some concerns over past comments made by Dr. Califf, and asked the newly appointed commissioner to clarify them. “We would also like to express concerns regarding some of your past comments suggesting that the same standard in which pharmaceutical drugs are tested be applied to supplements,” said Dr. Fabricant. “We would ask that you please clarify these comments, as such a drastic change in regulatory practice would not only significantly increase the cost it takes to produce, manufacture and sell supplements, but also limit consumers’ access to millions of supplements that are taken safely each and everyday.”

In conclusion, NPA said it looked forward to having a “constructive dialogue that furthers our shared interests in protecting American consumers, including the millions of those who safely use dietary supplements everyday.”

Senator Orrin Hatch (R-UT), a longtime supporter of the dietary supplement industry, voted in favor of Dr. Califf’s nomination. “As an internationally recognized leader in his field, Dr. Califf has proven himself capable of leading an agency that serves the public good,” Sen. Hatch said. “I trust that he will continue to share with the Senate his plans to address bad actors in the dietary supplements industry and return to the process of issuing guidance to open-comment rule-making.”

On the issue of dietary supplements, Sen. Hatch expressed hope that Dr. Califf, along with the new Office of Dietary Supplement Programs, will use the authority under the Dietary Supplement Health and Education Act (DSHEA) to remove bad faith actors and support efforts by the industry to ensure products are safe and available to all. “In the past, questions on dietary supplement regulation have been met with hesitancy and uncertainty,” he said. “I look forward to Dr. Califf using the authorities under DSHEA in a transparent way to coordinate with the DOJ to protect consumers from unsafe products without condemning the entire market.”

Loren Israelsen, president, United Natural Products Alliance (UNPA), said he share’s Sen. Hatch’s hope that Dr. Califf will work with the new Office of Dietary Supplement Programs and use the authority offered by DSHEA “to protect and preserve consumer access to safe and beneficial dietary supplements.”

“We have been most encouraged by recent FDA efforts to identify and to then take action against clear violations of the law,” Mr. Israelsen said. “We have also been encouraged by recent FDA statements in support of the positive steps taken by companies and industry to provide Americans high quality products while ensuring consumer safety. UNPA’s ongoing series of supplement quality summits, including the just completed Raw Materials & Supply Chain Summit, are just the most recent examples of industry’s commitment to exactly those principles.”
Related Searches
Related Knowledge Center
Suggested For You