A study found that, in mice, positive metabolic outcomes were seen in the type 2 diabetes models. 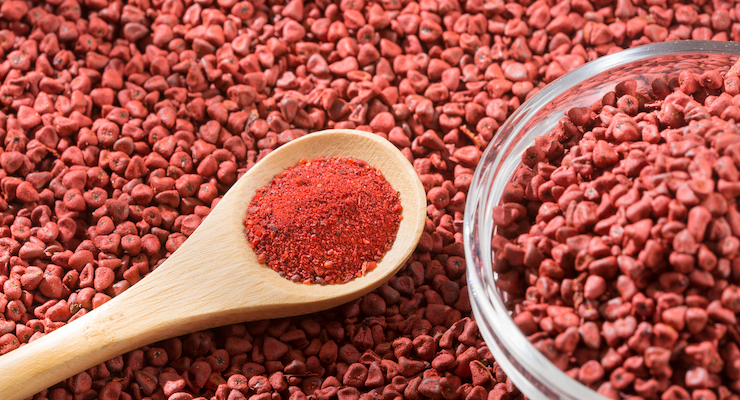 According to a study published in the journal Nutrition Research, annatto tocotrienol supplementation resulted in alteration to the gut microbiome and positive metabolic outcomes in mice that were exposed to a high-fat diet. Supplementation improved parameters associated with metabolic disorders.

Tocotrienols represent half of the family of vitamin E compounds, which include eight molecules. Four of these are tocopherols, while the other four are tocotrienols. While tocopherol is found in most multivitamins and is supplemented in foods, a growing base of evidence suggests that this popular vitamin E interferes with the uptake and function of tocotrienols, which are derived from three major sources – rice, palm, and annatto. The current study used annatto tocotrienols from DeltaGold, a tocopherol-free source of tocotrienols made by U.S. based manufacturer American River Nutrition.

In mice modeled after type 2 diabetes (T2DM), mice received either a low-fat diet, a high-fat diet (HFD), or a high-fat diet supplemented with annatto tocotrienols at 800 mg/kg, which is equivalent to the human dosage of about 320 mg daily. There was also a HFD group that received 200 mg metformin/kg.

After a 14-week treatment period, annatto tocotrienol significantly reversed alterations in the gut microbiome that were induced by a high-fat diet, resulting in enhanced insulin sensitivity, reduced obesity-related hormones, and decreased inflammatory cytokines.

Tocotrienol is believed to have inflammation-modulating properties in the liver and adipose tissue which have been shown in previous pre-clinical and clinical trials to have metabolic benefits, such as decreasing bodyweight and fat mass, improving dyslipidemia, reductions in inflammation, and maintaining glucose homeostasis. Further, gut microbiome disruptions are linked to both obesity and type-2 diabetes, warranting investigation into tocotrienol’s relatively unknown effect on the gut microbiome.

After 14 weeks, tocotrienol supplementation in this study showed a decerase in the firmicutes to Bacteroidetes ratio, which has been shown to be assocaited with obesity and type 2 diabetes. Additionally, annatto tocotrienol was also found to decrease Lachnospiraceae and increase Akkermansia, which have been studied for their roles in metabolic health.

While no significant differences were found in bodyweight and fat mass in this study, obesity-related hormones including resistin and leptin, as well as the cytokine interleukin-6, were significantly reduced in the white adipose tissue, indicating a decrease in overall inflammation. Annatto tocotrienol improved sensitivity to insulin, and pancreatic insulin level was found to be increased by tocotrienol treatment, indicating improved function of beta-cells.

The “findings provide valuable information that annatto tocotrienol supplementation could be used for the prevention of the development of T2DM,” researchers concluded. They also proposed a potential future study investigating synergistic effects between tocotrienols and common type 2 diabetes drugs, such as metformin. In the study, tocotrienol was more effective at regulating gut microbiota in the study.

“The importance of a healthy gut is fully appreciated by consumers and those with chronic conditions,” Dr. Barrie Tan, president of American River Nutrition, said. “The unusual finding that tocopherol-free DeltaGold annatto tocotrienol affects a positive change in gut microbiota is simply remarkable. WE recognize the novelty and importance of this research, and are currently examining similar parameters in an ongoing obesity clinical trial, with results forthcoming within the next year or two.”
Related Searches
Related Knowledge Center