The combination of strains in AminoAlta was shown to improve the bioabsorption of amino acids from pea protein, "boosting" its nutritional profile. 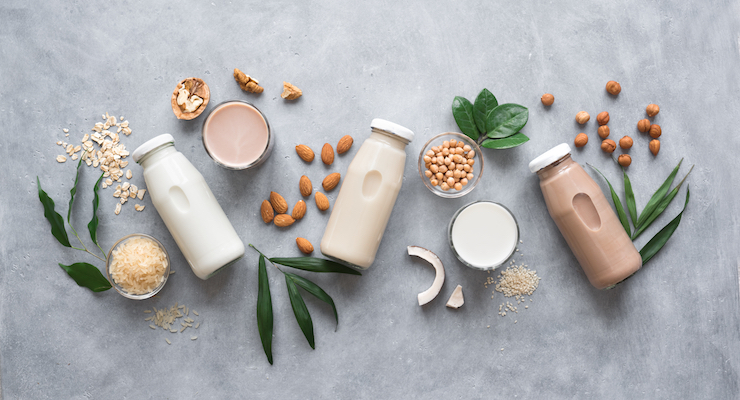 Across many amino acid categories, those supplementing with AminoAlta saw increases in the absorptions of BCAAs, EAAs, and other types of amino acids.
05.07.20

While most plant proteins are considered to be either “incomplete,” or functionally inferior to the more efficiently-absorbed animal proteins, the disparity between the two types can be mitigated, according to Dr. Walter Fiore, a co-author of the study.

“Fermenting proteins in the gut release bioactive molecules that have a wide range of effects on human health,” Fiore said. “Animal proteins are known to be more efficiently absorbed than plant proteins, and most plant proteins are considered incomplete and functionally inferior. For example, the popular pea protein is naturally low in methionine and cysteine, and contains lower amounts of the branched-chain amino acids leucine, isoleucine and valine, which play a critical role in muscle health, structure, and function.”

In the study, 15 physically active men consumed 20 grams of pea protein with either AminoAlta, a combination of 5 billion CFU Lparacasei LP-DG, and 5 billoin CFU of L. paracasei LPC-S01, or a placebo for two weeks separated by a 4-week washout period. Blood samples were taken at baseline, and at 30, 60, 120, and 180 minutes post-consumption for amino acid content analysis.

The two strains in AminoAlta have been previously studied for other uses, such as digestive and immune support, and for women’s health applications.

For a burgeoning plant protein market segment, projected by The Insight Partners to increase at a CAGR of 6.2% through 2027, AminoAlta could provide an avenue to draw in more consumer interest in going plant-based as a booster of sorts which allows pea proteins to offer consumers a superior nutritional profile.

“This study is highly relevant as millions of healthy-minded people- from vegans to flexitarians- embrace plant proteins over animal proteins, not only for workout gains and training, but to maintain lasting health,” Gregory Bonfilio, president and CEO of SOFAR Americas, said. “The rapid and unparalleled success of so-called plant-based meats, and the steady shift from whey to pea protein in the sports and weight management sectors, indicates that our research in this area over the last few years is both promising and pioneering.”

“The particularly positive results from this new study are informing the design and endpoints of our next two human clinical trials,” Bonfilio continued. “For the industry, this rather unknown and unsung activity of probiotics should create an entirely new potential for plant based proteins, as well as paving the way for efficacious and meaningful probiotic strain applications.”