Acacia gum has long been sought after for its prebiotic benefits, and its impact on taste and texture of foods and beverages. 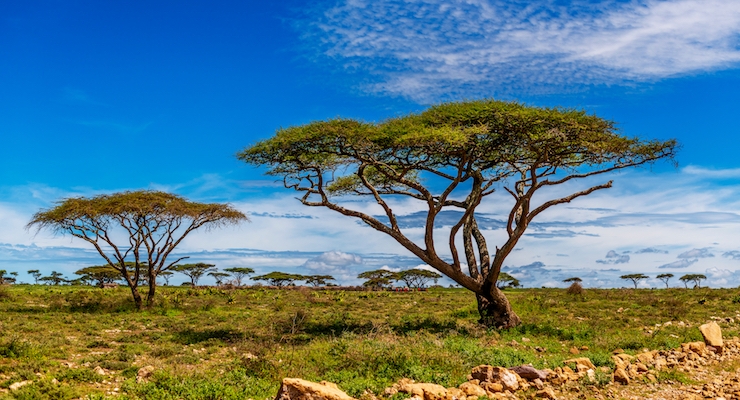 The company has been involved in sustainability efforts for as long as it has been producing the ingredient.
04.20.20

This month, Nexira launched its new acacia ingredient, inavea, which promises organic, GMO-free acacia gum produced in a carbon-neutral manner, meaning that its production does not emit any CO2 into the atmosphere. The ingredient was certified for its carbon-neutral production process through the United Nations’ Sustainable Development Goals program.

Acacia gum is a dried exudate from the stem and branches of acacia trees, which is then harvested, cleaned, and processed into a gum. Studies over the past fifty years indicate that acacia is a beneficial prebiotic ingredient capable of creating short chain fatty acids in the gut which are known to promote the growth of beneficial bacteria. It is additionally sought after as an ingredient to improve the taste, texture, and mouthfeel of numerous foods and beverages, while still maintaining its benefits to the gut.

Nexira reports that its product is gradually fermented throughout the digestive process, and has a high digestive tolerance of up to 50 grams daily, even in people with digestive disorders, according to 40 studies the company has supported. It is effective at a dose of 10 grams daily.

Additionally, inavea is 100% water-soluble, tasteless, odorless, colorless, and has excellent stability in extreme process and storage conditions, making it easy to use in dietary supplements, and a wide range of functional foods and beverages.

Since the early 1970s, the company has also supported several sustainability efforts related to its acacia projects, both at an ecological level and in ways which affect communities in which it does business. It has reforested 27,100 acres with over 2 million trees using the agroforestry ARN practice.

Additionally, it has supported the development and biodiversity of resources in the fragile ecosystem home to acacias through sustainable agriculture, as well as by constructing 17 water points, constructing new schools, supported woman participation in its decision-making processes, and has taken steps to support the economic and social development for local populations.
Related Searches
Related Knowledge Center