She has worked at ABC for 23 years, and helps manage the nonprofit’s educational efforts and garden development.

The American Botanical Council’s (ABC’s) Special Projects Director Gayle Engels will receive The Herb Society of America’s (HSA’s) inaugural Madalene Hill Award for Excellence in Herbal Education at the HSA’s Educational Conference and Annual Meeting of Members in Madison, WI, in June 2019. According to the HSA, the Hill Award honors those who “have a passion for promoting the knowledge, ‘use and delight’ of herbs through educational activities” and “show a great zeal for sharing their passion for herbs with the public.” The award is named in honor of the “Grand Dame of Herbs” Madalene Hill, who died in 2009 at the age of 95.

Ms. Engels, who has worked at ABC for 23 years, helps manage the nonprofit’s educational efforts, garden development, and other projects. Her work with the HerbDay Coalition and active membership with the HSA allow Engels to share her love of botanicals and their beneficial qualities with students, herbalists, and the general public. Her deep knowledge of herbs and medicinal and aromatic plants has expanded with her duties as the project manager for ABC’s HerbMedPro database. She also has co-authored more than 30 herb profiles for ABC’s quarterly journal HerbalGram. Through these efforts, Ms. Engels has immersed herself in scientific and clinical research, traditional uses, sustainability issues, and distribution of hundreds of plants.

For Ms. Engels, pursuing the role of educator came naturally. “I have always loved learning,” she wrote (email, December 4, 2018). “As a child, as much as I loved vacation, I didn’t mind when it ended so I could go back to school. From an early age, everything that interested me, I pursued resolutely…. I decided to major in secondary education because of my love of learning and because I loved the light in a person’s eyes when they learned something that mattered to them.”

In 1995, Ms. Engels joined the staff of ABC. Her new position allowed her to employ both her knowledge of plants and her love of teaching. “I knew that [ABC] would provide me the opportunity to grow and learn and teach. From May 8, 1995, forward I’ve been able to play with plants and books and databases and share what I continue to learn with pretty much everyone with whom I come in contact,” Ms. Engels wrote. “Working with the interns, introducing them to the wonders of the plants, seeing them light up when you find the right aspect of herbs to ignite their interest, and sometimes passion, is ABC’s mission in action for me.”

ABC Founder and Executive Director Mark Blumenthal, a past Honorary President of HSA, endorsed Ms. Engels’ nomination for the award in a letter dated August 29, 2018, to Henry Flowers, a lifetime member of HSA and past chair of the HSA’s Pioneer Unit of Central Texas. Mr. Blumenthal wrote: “My positive opinion of [Engels] and her strong dedication to the world of herbs and medicinal plants has continued to grow to a point where I believe it can go no further; that is, my regard and admiration for her life’s profound commitment to the world of herbs cannot be any stronger or better.”

The award’s namesake, Madalene Hill, was an internationally recognized herbalist and author. Born and raised in Texas, she ran a successful herb business and restaurant, Hilltop Herb Farm, in Cleveland, Texas, with her husband Jim. Hill eventually joined the Round Top Festival Institute in Round Top, Texas, as curator of the Susan Clayton McAshan Herb Gardens when her daughter, Gwen Barclay, became the Institute’s Food Services Manager. Through Hill’s guidance and leadership, the Institute expanded its gardens and outreach efforts, and Hill oversaw special programs throughout the year to introduce visitors to the culinary and medicinal uses of herbs. These programs included guided garden tours, herb-inspired luncheons, and workshops on growing herbs and designing and cooking with herbs. In addition, Hill served as the president of HSA from 1986 to 1988.

Hill received numerous recognitions for her work — she was awarded the HSA’s Helen de Conway Little Medal of Honor in 1978, Nancy Putnam Howard Award for Excellence in Horticulture in 1997, Gertrude B. Foster Award for Excellence in Herbal Literature (shared with Barclay) in 2005 for their book Southern Herb Growing (Shearer Publishing, 1987), and the Golden Sage Award, which recognized Hill’s 50 years of membership, in 2009. She also received the American Horticultural Society’s Catherine H. Sweeney Award in 2006 for extraordinary and dedicated philanthropic efforts in the field of horticulture. Seven herbs have been named in her honor. Now, an award will bear her name and honor those who follow in her footsteps of herbal education and outreach.

Flowers, who curated the McAshan Gardens for 16 years and worked with Hill for seven, initially proposed the idea for the Madalene Hill Award in the summer of 2017. “She was a fabulous mentor,” he wrote (email, December 4, 2018). “Her love of what she called ‘these little plants’ was very deep and even though she had no formal education beyond high school, her inquisitiveness drove her to constantly be researching, growing, using, and experimenting with herbs.” The HSA board unanimously approved the new award in the fall of 2017.

“When Madalene passed away, the world of herbs lost a great advocate,” Flowers wrote. “[She was] always willing to share her knowledge with others, either for a large group of hundreds or in a one-on-one situation. I consider Madalene to have been a great educator in the field, even though she was never an educator in the formal sense. After Madalene’s passing, I felt that it would be wonderful to honor her by having an award given by the Herb Society of America named for her. The HSA has many wonderful awards for a variety of purposes, but at the time had no award to honor someone specifically for their efforts in the area of herbal education.”

Engels had a personal relationship with Hill, which makes the award all the more meaningful to her. “I benefitted greatly from knowing Madalene Hill,” Engels wrote. “I spent as much time as possible with Madalene in the McAshan Gardens at Festival Hill, and many of the plants in ABC’s gardens, such as the tamarind (Tamarindus indica, Fabaceae) and physic nut (Jatropha multifida, Euphorbiaceae), were gifts from the McAshan Gardens. Before long, Madalene began inviting me to speak at the Annual Herbal Forum held at the Festival Institute each March.

“Madalene was a teacher, a gardener, a mentor, an entrepreneur, a plantswoman, a premier repository of plant knowledge, and one of the most eager learners and most generous people I’ve had the pleasure of knowing,” Engels added. “My favorite herbalists are the ones who, no matter how long they have been studying, admit that there is always more to learn and that each plant and person should be treated according to their individual needs.”

Flowers considered many different candidates for the award, but “the one person that kept coming to the forefront was Gayle Engels,” he wrote. “In my time as director of the Herbal Forum at Round Top, Gayle had presented wonderful lectures about the medicinal aspects of many herbs and had also presented wonderful demonstrations and workshops. Gayle is always thorough, backs her presentations with good research, and is able to make the subject understandable to a general audience of herb enthusiasts.

“Madalene Hill knew Gayle for many years and I know that she always thought highly of her,” Flowers continued. “In making my nomination of Gayle for this award, I knew that Madalene would approve wholeheartedly.”
Related Searches
Related Knowledge Center
Suggested For You 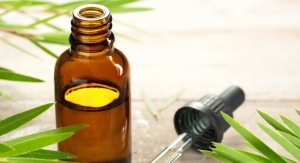 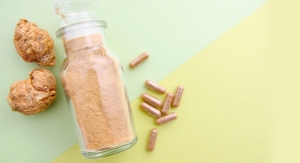 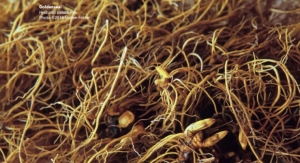 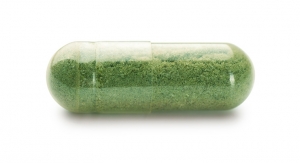