A ribbon-cutting ceremony will highlight the benefits of the solar field to the Kingstree plant's energy consumption, the positive impact on the regional South Carolina electricity grid and DSM’s commitment to addressing climate change goals by reducing the impact of its own business operations.

“At DSM, we always look for innovative ways to minimize our impact on the planet with clean, renewable energy sources,” said Hugh Welsh, president of DSM North America. “The Kingstree facility is one more way we are fulfilling our commitment to sustainability and upholding our responsibility to care for our environment.”

The 1 MW Kingstree solar field was formerly a hay field and can power up to 164 homes per MW of solar produced, creating an estimated annual saving from solar generation of $120,000. The field will provide approximately 2,000,000 kWh annually, which will produce over 10% of site electricity needs at peak production.

This solar project was developed in collaboration with stakeholders from Southern Current and Duke Progress Energy and offsets CO2 emissions of electricity from the grid by more than 454 Metric Tons annually.

“Without substantial investments in renewable energy, we will not be able to meet our emissions reduction targets or combat climate change,” said Randy McGowan, site director at the Kingstree facility. “This solar field is a major step forward, and one that serves as a model of private investment in a sustainable future.”

The 4,256 solar panels at the Kingstree field use DSM’s Anti-Reflective coating, the company’s flagship product for the solar market, which maximizes energy capture up to 3%. The coating is applied to the cover the glass of the solar modules and strongly reduces the reflection of sunlight. This technology is already in use at DSM’s operating solar fields in Belvidere, NJ and Pune, India.

The opening of the Kingstree field stands as a symbol of Royal DSM’s broader commitment to minimizing its carbon footprint. DSM’s purchased electricity from renewable sources increased from 8% in 2016 to 21% in 2017. All of DSM's operations, across six continents, are moving to 100% renewable purchased electricity including solar, wind and hydroelectric. DSM is committed to sourcing 50% of its electricity from renewable resources by 2025.
Related Searches
Related Knowledge Center
Suggested For You 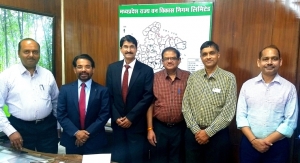 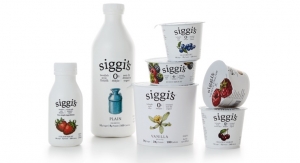