A new study abstract presented at the International Conference on Children’s Bone Health in Würzburg, Germany, highlighted the increased risk of fracture risk in children with low vitamin K2 status. While vitamin D has an established role in the prevention of fractures, this is the first study to evaluate both D and K2 status in healthy children with low-energy fractures (i.e., the result of falling from standing height or less) and in the control group without fractures, according to NattoPharma, supplier of MenaQ7 vitamin K2 as MK-7.

The authors wrote: “Bone fractures are very common in children and their number is growing every year. Vitamin D has a proven role in the prevention of fractures … [but the] past decade has seen increased interest in the role of Vitamin K, especially K2 menaquinone-7, in bone health and prevention of bone fractures. There is a scarcity of research examining the effects of vitamin K deficiency on bone health in children and adolescent populations. The aim of the current study was to evaluate the Vitamin D and K status in healthy children with low-energy fractures and in the control group without fractures.”

“This is a significant study as it supports what NattoPharma’s clinical research has already revealed: that children have the most pronounced K deficiency, making them most in need for K2 supplementation,” said Dr. Hogne Vik, chief medical officer with NattoPharma. “Further, our research with healthy prepubertal children has also shown that just 45 mcg daily of K2 (as MenaQ7) improves K status and increases the activation of osteocalcin, the K-dependent protein responsible for binding calcium to the bone mineral matrix, therefore improving bone health.”

The results revealed there were no statistically significant differences in the serum calcium, NTx, BALP or vitamin D levels between the groups; however, the statistically significant difference in the UCR was observed. The median UCR in the fracture group was 0.4709 compared with the control group value of 0.2445 (p<0.000004). In the logistic regression analysis, the odds ratio of fracture for UCR were calculated. Increase of the UCR by 0.1 increases the risk of fracture by 19.24 times (p=0.003).

“Children with bone fractures have two times lower vitamin K status expressed by UCR than healthy controls,” the authors wrote. “Increase of the UCR by 0.1 increases the risk of fracture by 9.62 times.

“The better vitamin K status expressed as the ratio of ucOC: cOC - UCR - have positively and statistically significantly correlated with lower rate of low-energy fracture incidence,” the authors concluded. 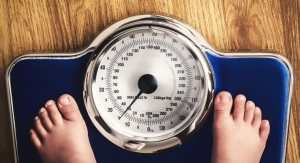