Vitamin K plays an important role in proper blood clotting as well as with calcium utilization in bones and the cardiovascular system, but do most people need a vitamin K supplement? And do products on the market contain what's claimed on their labels? To find out, ConsumerLab.com, White Plains, NY, reviewed the clinical evidence, and purchased and rigorously tested popular vitamin K supplements sold in the U.S.

ConsumerLab.com’s tests revealed that three products contained less vitamin K or other key ingredients than claimed, took longer than normally expected to break apart in disintegration testing, and/or were contaminated with lead. Among products which were approved, ConsumerLab.com identified its top picks. Its selections include vitamin K-only supplements as well as combination products containing vitamin D, calcium and/or magnesium. The results are available in ConsumerLab.com's new Vitamin K Supplements Review.

As explained in the review, supplements containing vitamin K can be helpful in treating poor blood clotting caused by deficiency. Although deficiency is also associated with atherosclerosis, lower bone mass and, in women, a higher risk of hip fracture, most people get enough of the vitamin through their diet. 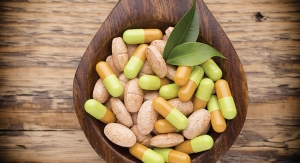 Vitamins: Filling Nutritional Gaps One Letter At A Time

Survey Shows Use of Magnesium and Probiotics Rising

The Art of Labeling