ChromaDex Corp. unveiled results from three studies, including its first human clinical trial, which have been collectively published in journal, Nature Communications.

The team of researchers headed by Charles Brenner, PhD, the Roy J. Carver Chair of Biochemistry at the University of Iowa Carver College of Medicine, demonstrated that NIAGEN nicotinamide riboside (NR) increases production of a metabolite responsible for cellular energy production called NAD+ in mice and humans. These findings may give us a clue as to how we might help ourselves enjoy longer and healthier lives.

NAD+ activates cellular metabolism and energy production within the “powerhouses of the cell”, the mitochondria. Our mitochondria are constantly working to convert calories from food into the energy necessary to power all bodily systems, as well as help us stay healthy enough to ward off illness. This is why NAD+ needs to continuously be replenished in the body. The challenge is that both NAD+ levels and mitochondrial function decline as we age. This reduction in NAD+ is believed by scientists to be linked to a wide variety of age-related conditions.

NR boosts NAD+ production and utilization better than other forms of vitamin B3
The benefits of NR remained unknown for years after its initial identification in the 1940’s because scientists did not realize there was a way for it to boost NAD+ levels in humans. In 2004, then a faculty member at Dartmouth, Dr. Brenner discovered the enzymes in humans that enable NR to increase NAD+ and identified it as a vitamin. This discovery also suggested that NR had the ability to boost NAD+ in a safe and more efficient way than can be achieved with its B3 cousins, niacin or nicotinamide, giving the body extra energy to focus on its critical needs. Despite more than 75 years of human use of niacin and more than a decade of preclinical work on NR, a quantitative head-to-head-to-head comparison of the three NAD+ precursor vitamins had never been conducted to validate this hypothesis.

In this latest published research, Dr. Brenner and his team—along with collaborators at Queens University Belfast and ChromaDex— demonstrated that NR is not only effective at safely increasing NAD+ metabolism in people but also showed that NR produces a greater increase in liver NAD+ as well as in longevity-promoting sirtuin activities than the other B3 vitamins in mice. “We obtained convincing evidence that oral supplementation of NR boosts NAD+ and enhances the body’s utilization of NAD+ to a greater degree than the familiar forms of vitamin B3. NR is the most efficient NAD+ precursor,” Dr. Brenner shared.

Further hypotheses were validated in his study of 12 healthy men and women who were given three doses of NR: 100 mg, 300 mg and 1000 mg. The results indicated that 24 hours after taking any single dose of NR, blood NAD+ was safely elevated.
According to ChromaDex’s Founder and CEO, Frank Jaksch, “These results are highly significant because the degree of NAD+ boosting with reported health benefits in mice has been translated in people with an orally supplemented NR. This validates NR as the most efficient NAD+ precursor, and one that does not cause flushing or inhibit the activity of sirtuins.”

Asked about his thoughts on the research results, Mr. Jaksch commented, “Dr. Brenner is the world’s leading expert on NAD+ metabolism, which is why we felt he needed to lead this research and serve on our Scientific Advisory Board. His innovative work is what started the tremendous interest in NR and NAD+ precursors.  This is yet another valuable contribution from Dr. Brenner’s lab which pushes the NR and NAD+ fields of study forward. We expect to see additional published findings from his group in the near future.”

Unexpected findings that excite the experts
A distinct strength of the Dr. Brenner group is the development of targeted quantitative metabolomic technologies—the simultaneous measurement of the effects of NR, exercise or other interventions on metabolism. In the first of his three studies Dr. Brenner was surprised to find that a low level metabolite called NAAD increased 45-fold as human NAD+ rose in response to NR. This increase signaled that NAAD could be a biomarker of increased NAD+ formation. His second study confirmed this hypothesis while also demonstrating that NAAD is formed from NR. Following NAAD showed that even tissues such as the heart that keep tight control over the total amount of NAD+ have an increase in NAD+ metabolism when NR is supplemented. “NAAD is a reliable biomarker of increased NAD+ metabolism,” explained Dr. Brenner. “The more NAD+ produced, the more we see the NAAD biomarker.”

By following an additional metabolite that is produced when the sirtuin longevity proteins utilize NAD+, Dr. Brenner demonstrated that NR has great advantages over niacin and nicotinamide in activating these proteins in the body. This finding is significant, as many scientists believe sirtuin activation plays an important role in living longer and healthier throughout our lifetime.

What this means in terms of our health and energy
Though larger increases in NAD+ metabolism were observed at higher doses, the study was significant in showing that lower doses were also effective. Daily NR supplementation—now widely available—safely helps to replenish NAD+ levels. “Maintaining a more youthful metabolism could mean higher resting metabolic rate, resistance to weight gain, and the ability to maintain muscle mass and resist tissue damage over time,” added Dr. Brenner. Results from 9 additional collaborative human trials currently underway should provide additional insights as to the critical role NAD+ plays in people. 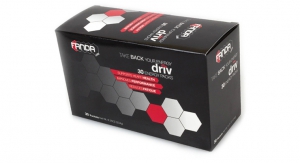