The award is given to an individual who creates a sense of community among those who work with medicinal plants.

The annual award, named for ABC Founder and Executive Director Mark Blumenthal, is given to an individual who has played a significant role in creating a sense of community among herbalists, researchers, members of the herb and natural products communities, and related groups, who work in the area of medicinal plants.

Tierra said he is “very honored” to receive the award. “Coming from HerbalGram and Mark Blumenthal, as a representative of the American Botanical Council, an organization that I’ve followed for many years with a lot of respect, it means a lot to me,” he said.

Tierra is an author, licensed acupuncturist, doctor of Oriental medicine, and an American Herbalists Guild (AHG) professional member. He began studying herbs in 1968 while living in an interdependent community called Black Bear Ranch in northern California. He learned about various medicinal plants from the Karuk and Yurok Native Americans, and eventually began harvesting the plants and giving them back to the Native community, which, at that time, had forgotten much of its traditional herbal knowledge.

He then studied with herbalists John Christopher and Norma Myers, and, after moving to San Francisco, began teaching herbal medicine and treating patients. He also studied with Chinese herbalist Foon Lee Wong. After the California law that legalized the practice of acupuncture (and the use of herbal medicines in the practice) was passed in 1978, Tierra was among the first to be licensed.

He moved to Santa Cruz where he studied Ayurvedic medicine with Baba Hari Dass, and, in 1983, published The Way of Herbs (Lotus Press), based on his clinical experiences. In the book, which is still in print and has become a best-seller, he began advertising his correspondence course. This course eventually grew into the East West School of Planetary Herbology, which combines Ayurvedic, Western, and Chinese herbal medicine systems in a unique way. According to Tierra, at least 9,000 students have taken his course worldwide.

In 1989, when herbs in North America were not being used in any organized way clinically or professionally, Tierra and other herbalists founded the American Herbalists Guild, which gives membership to professional herbalists based on peer-reviewed evaluations.

“Michael is considered the founding force of AHG, and for that very reason alone, he warranted consideration for our Community Builder award,” said Blumenthal. “He is one of North America’s most venerated herbalists, and his many writings, teachings, and activities have resulted in creating a growing community of professional herbal practitioners throughout the United States and beyond.”

About a year and a half ago, Tierra started the East West Free Herbal Clinic to provide free herbal treatments to underserved members of the community, including the homeless, mentally handicapped, and veterans. The clinic also trains young herbalists to treat patients, harvest herbs, and make herbal preparations. Tierra donates plant materials to the cause and has persuaded companies like Threshold Enterprises and Bio Essence Corporation to donate as well. “And that’s been quite a deep level of fulfillment in my life at this point,” he said.

Tierra is also an avid classical pianist, choral conductor, and composer. He recently commissioned a piece for solo piano on the theme of herbs and healing, which he will premiere on March 20 in Santa Cruz.

The award will be presented at the 11th annual ABC Botanical Celebration and Awards Ceremony in Anaheim, California, on March 10, 2016. The event, for ABC Sponsor Members, occurs during Natural Products Expo West.
Related Searches
Related Knowledge Center
Suggested For You 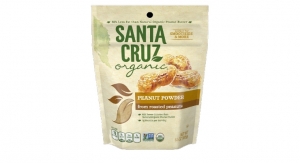