The Council for Responsible Nutrition (CRN), Washington, D.C., has urged the U.S. District Court in New Jersey to hold the Federal Trade Commission (FTC) to the flexible “competent and reliable scientific evidence” standard for review of dietary supplement advertising. The brief addresses a motion by the U.S. Department of Justice on behalf of the FTC, with respect to Bayer Healthcare’s advertising claims for a probiotic supplement.

CRN’s brief argues that by requiring multiple randomized, placebo-controlled, and double-blind human clinical trials using the specific product for which the claims are made and are performed in the population at which the claims are directed, the FTC is invoking “a rigid standard for the substantiation of non-disease claims made about dietary supplements that is a significant departure from the current well-established, consistent and flexible federal regulatory regime upon which the entire dietary supplement industry has long relied.”

The brief further outlines the negative consequences that would come as a result of the government overreaching its authority, saying the change “would significantly impair the flow of truthful, valuable, and scientifically sound information about dietary supplement products and limit consumers’ ability to make fully-informed nutrition-related decisions.” The standard of substantiation proposed by the FTC would impose drug-like requirements on dietary supplements that go far beyond what Congress intended and would effectively apply the medically-based, treatment-focused regulatory framework for drugs to dietary supplements. The evaluation of structure-function claims would essentially be treated the same as disease claims, which is contrary to the intent of the law.

“We are concerned that, if successful, FTC’s attempt to impose this legally-unprecedented review of advertising claims for supplements could eliminate many structure-function claims and disregard a wealth of rigorous scientific data that does not meet the narrow drug-like requirements. It would chill the First Amendment rights of manufacturers, marketers and consumers to communicate and to receive truthful information about the health benefits of these products,” said Steve Mister, president & CEO, CRN
Related Searches
Related Knowledge Center
Suggested For You 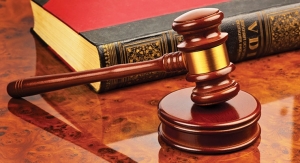