Volumes are now 50 times the level of 30 years ago and represent 19% of all soft drinks consumed.

Food and drink industry consultancy Zenith International evaluated the market for flavored, functional and juicy waters, and found that U.K. consumption of all bottled water drinks rose by 10.1% in 2013 to 2,770 million liters with a retail value of £2,300 million. According to the report, volumes are now 50 times the level of 30 years ago and represent 19% of all soft drinks consumed.

Zenith chairman Richard Hall observed, “Bottled water drinks have become increasingly accepted as an ideal beverage category for consumers." He added, "Consumers are placing ever greater value on their key attributes of healthy hydration and on-the-go convenience. There are still some critics about the environmental impact, but their overall footprint is in fact lower than any other packaged beverage."

The report found that plain bottled water sales volume in retail pack sizes jumped by 11.6% to 2,090 million liters, the highest rate of growth for 10 years. Flavored, functional and juicy 'water plus' drinks rose 8.3% to 410 million liters. Bottled water cooler sales improved by 1.8% to 270 million liters after several years of decline.

"2013 was the best year for bottled water growth since the economic downturn and was undoubtedly helped by the strengthening economy as well as better summer weather," said Mr. Hall.

"It is fantastic to see the bottled water category in such growth and people increasingly choosing to drink water. The Natural Hydration Council works hard to promote healthy hydration and water in all forms, whilst also challenging misconceptions and inaccuracies around bottled water. It is good to see yet more evidence where behaviors of the British public demonstrate they understand and feel the benefits of hydrating with water," commented Natural Hydration Council general manager Kinvara Carey.

Zenith forecasted continued overall growth by a further 22% towards 3,400 million liters by 2018. 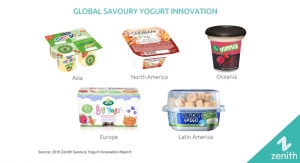 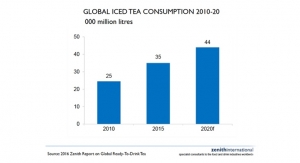 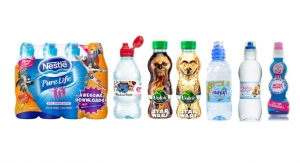 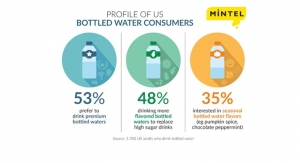 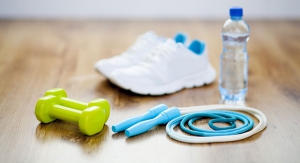 An Untapped Source for Nutrition Product Innovation: the Sea