CSPI and leading scientists present FDA with a proposal to address unsafe levels of high-fructose corn syrup and sugar in soft drinks, which can cause obesity, diabetes, heart disease and other health issues.

Unsafe levels of high-fructose corn syrup or sugar in soda and other sugar drinks cause obesity, diabetes, heart disease, and other health problems, according to the Center for Science in the Public Interest (CSPI). Along with leading scientists and other health-advocacy organizations, the group is urging the Food and Drug Administration to determine a safe level of added sugars for beveragesas part of a comprehensive strategy to reduce Americans' dangerously high sugar consumption. Public health departments in Baltimore, Boston, Los Angeles, Philadelphia, Seattle, Portland, OR, and other jurisdictions are also supporting the proposal.

A typical 20-ounce bottle of soda contains about 16 teaspoons of sugars from high-fructose corn syrup. That's twice the daily limit recommended by the American Heart Association, which advises consuming no more than 6 teaspoons of added sugars per day for women and no more than 9 teaspoons for men. CSPI and the scientists supporting the petition say that despite the concerns over artificial sweeteners, diet sodas are safer than today's full-calorie sodas. A gradual change to safer drinks will be made easier by the use of new high-potency sweeteners like rebiana, which is made from the stevia plant, and "sweetness enhancers" being developed by major manufacturers.

“As currently formulated, Coke, Pepsi, and other sugar-based drinks are unsafe for regular human consumption,” said CSPI executive director Michael F. Jacobson. “Like a slow-acting but ruthlessly efficient bioweapon, sugar drinks cause obesity, diabetes, and heart disease. The FDA should require the beverage industry to re-engineer their sugary products over several years, making them safer for people to consume, and less conducive to disease.”

In a 54-page regulatory petition filed with the FDA on February 14th 2013, CSPI details the substantial scientific evidence that added sugars, especially in drinks, causes weight gain, obesity, and chronic diseases like diabetes, heart disease, and gout. In particular, a growing number of clinical trials have found that people who are assigned to drink sugary beverages gain more weight than those assigned to drink sugar-free beverages. Other clinical studies found that high-sugar diets increase triglycerides, LDL (“bad”) cholesterol and liver fat.

“If one were trying to ensure high rates of obesity, diabetes, or heart disease in a population, one would feed the population large doses of sugary drinks,” said Walter Willett, professor of nutrition and epidemiology at the Harvard School of Public Health. “The evidence is so strong that it is essential that FDA use its authority to make sugary drinks safer.” Professor Willett is one of 41 leading scientists and physicians who signed a letter to FDA commissioner Margaret Hamburg in support of the petition. Professor Willett and his colleagues have conducted epidemiology studies that strongly link consumption of sugary drinks to obesity, heart disease, diabetes, and gout.

Soda and other sugar drinks are the single biggest source of calories in the American diet. Americans, on average, consume between 18 and 23 teaspoons—about 300 to 400 calories worth—of added sugars per day. Teens and young adults consume half of this (again, more than the average). About one-fifth of adolescents aged 12 to 18 consume at least 25% of their calories from added sugars, according to the government’s 2007-2008 National Health and Nutrition Examination Survey. About 14 million people of all ages consume more than one-third of their calories in the form of added sugars.

The FDA classifies high-fructose corn syrup, sucrose and other sugars as “generally recognized as safe” (GRAS). To be GRAS, there must be a scientific consensus that the ingredient is safe at the levels consumed. CSPI's petition contends that the current scientific consensus is that added sugars are unsafe at the levels consumed. The petition asks the FDA to determine what level of added sugars would be safe for use in beverages, and to require those limits to be phased in over several years. The petition did not propose a specific safe level, but notes that several health agencies identified two-and-a-half teaspoons (10 grams) as a reasonable limit in a healthier drink. In 1982 and again in 1988, the FDA committed to undertake a new safety determination if sugar consumption increased, or if new scientific evidence indicated a public health hazard. Both of those conditions have been met, which CSPI says obligates the FDA to act.

Some in the soda industry seem to see the writing on the wall.

“You will see Pepsi and Coke and Dr Pepper coming up with a whole variety of no-calorie sweeteners,” Harold Honickman, the CEO of a major East Coast Pepsi bottler, told The Philadelphia Inquirer in October, describing how the soda market will be changing in the next few years. “I honestly think that you will find 'regular' Pepsi, ‘regular’ Coke with new kinds of sweeteners. They will be better-tasting drinks than we have today.”

Soda's role in causing obesity has led many health experts to compare the drinks to cigarettes, and local and state health departments are seeking to decrease the consumption of sugar drinks to prevent obesity. Under Mayor Mike Bloomberg, New York City will soon cap soda serving sizes at 16 ounces in restaurants and other establishments regulated by the city's health department. Boston now prohibits the sale of sugar drinks on city property. New York City, Los Angeles, and King County (Seattle), Washington, have all run print or Internet advertising campaigns urging people to drink less soda. Soda and most other full-calorie sugar beverages are no longer sold in schools, and two weeks ago the U.S. Department of Agriculture proposed rules excluding high-sugar drinks from vending machines and elsewhere on school grounds. And state legislators have advocated excise taxes on sugar drinks to help reduce consumption and fund health programs.

Besides asking the FDA to reduce levels of added sugars in beverages, CSPI's petition urges the FDA to encourage industry to voluntarily reduce added sugars in breakfast cereals, baked goods, and other foods, though beverages are the biggest problem. CSPI says the agency should add a separate line for added sugars on Nutrition Facts labels and mount, perhaps with the Centers for Disease Control and Prevention, education campaigns aimed at curbing consumption of added sugars.

CSPI has long been active in seeking to reduce soda consumption, beginning with its landmark 1998 report, Liquid Candy. In 2005, CSPI petitioned the Food and Drug Administration to require warning notices on cans and bottles of sugar drinks warning of weight gain and health problems. In October, the group released an animated short film, The Real Bears, which portrays a family of polar bears grappling with weight gain, diabetes, amputation, sexual dysfunction, and tooth decay due to their over-consumption of soft drinks. And last month, the group released "Coming Together: Translated," its interpretation of Coca-Cola's recent advertisement addressing obesity.

Besides Willett, some of the other scientists or physicians writing FDA in support of the petition include David L. Katz of the Yale University Prevention Research Center, Ronald Krauss of the University of California San Francisco, JoAnn E. Manson of Harvard Medical School, and Barry Popkin of the University of North Carolina. The National Association of County and City Health Officials, American Society of Bariatric Physicians, Consumer Federation of America, National Consumers League, Prevention Institute, and Shape Up America! are among the national organizations supporting the petition.
Related Searches
Related Knowledge Center
Suggested For You 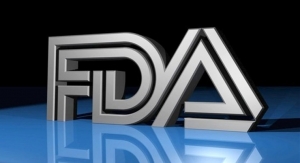 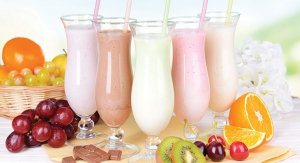 The Rise of Functional Smoothies