A nutrition bar containing resveratrol, the ingredient in grapes acclaimed for its potential to forestall the ravages of time, is about to hit the marketplace.

A nutrition bar containing resveratrol, the ingredient in grapes acclaimed for its potential to forestall the ravages of time, is about to hit the marketplace.

The aptly-named WINETIME Bar, developed by ResVez, Inc., Rancho Santa Fe, CA, contains as much resveratrol as 50 glasses of red wine, according to the company. The bar, a rich, dark chocolate flavor harmonized with dates and almonds, is high in fiber and also contains seven extra "super fruits"—cranberry, noni, pomegranate, goji berry, acai, mangosteen and blueberry.

"It is a true healthy indulgence," said Malcolm Nicholl, president and CEO of ResVez. "If you love chocolate and wine and you want a nutrition bar that really tastes great, this is for you."

Resveratrol has soared in popularity after positive coverage on major TV shows such as "60 Minutes," "Oprah," and a Barbara Walters Special. A substantial amount of research validating a remarkable range of health benefits has been published. Though most of the trials have been conducted with animals, the results of human clinical studies will soon begin to appear in peer-reviewed medical journals.

A large number of dietary supplements containing resveratrol have been successfully marketed—mostly in pills and drinks. The WINETIME bar is a breakthrough concept, putting this life-enhancing ingredient into a 190-calorie gourmet nutrition bar.

ResVez elected to use two sources of resveratrol—resVida trans-resveratrol, a highly-purified compound produced by DSM Nutritional Products, and an extract derived from premium French red grapes.

"The resVida ingredient is a 99% pure trans-resveratrol and comes with the most extensive scientific and safety substantiation in the marketplace. This was extremely important to us in selecting the kind of resveratrol that was appropriate for a luxury nutrition bar," said Mr. Nicholl. "In addition, we chose another source of resveratrol from grapes harvested in France's Rhone Valley, which is particularly suitable for a bar called 'WINETIME.' No other product has such a powerful combination."

"DSM prides itself on making high-quality ingredients and we are proud to be included in a product that not only meets our standards, but happens to be delicious too," said Reto Rieder, senior marketing manager for resVida at DSM.
Related Searches
Related Knowledge Center
Suggested For You 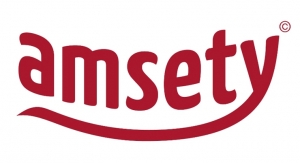 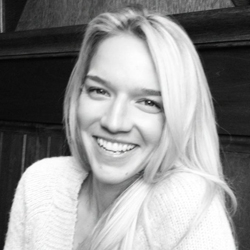 An Interview with Sarah Crawford

Raising the Bar (on Chocolate)