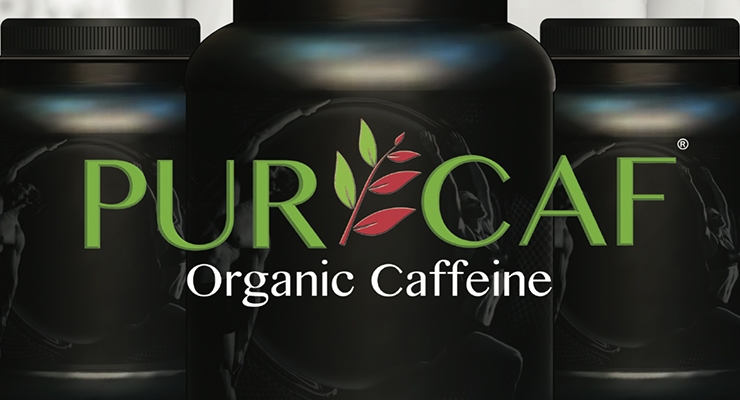 If you’ve ever looked at the labels of Kaged Muscle’s Pre-Kaged, the standalone Kaged Muscle Caffeine capsules, or the caffeinated version of Amino Synergy, you’ll notice that they’re not using caffeine anhydrous, which is a synthetic form of caffeine manufactured in a lab (anhydrous meaning “without water”).
Instead, the brand led by Kris Gethin uses PurCaf, an organic caffeine source developed by Applied Food Sciences that is completely derived fromgreen coffee beans!


What’s the deal with Kaged Muscle and PurCaf?
When we interviewed Kris Gethin this summer, we dug into their 2018 product launches (such as the Ferodrox testosterone optimizer and MicroPure Whey Isolate, CreaClear creatine monohydrate, and the aforementioned Amino Synergy), and Kris told us that Kaged Muscle only sells products that work best in his body, and that includes caffeine from PurCaf.


Why does Kaged Muscle only use PurCaf caffeine? Outside of it being naturally-derived, there may be some fringe beneﬁts to keeping caffeine with its natural counterparts.
On top of that, Kris has a propensity for food and supplements that are natural. This is no surprise coming from a man who works hard to “earn his residency on Earth” and will post a picture of his feet in some grass to Instagram, reminding you to “Earth yourself today”.

But our readers need more than that. We’re also seeing other new supplements like NutraBio’s EAA Energy use the ingredient, so there’s got to be something here. What is the science behind PurCaf?


PurCaf as explained by Applied Food Sciences
On the manufacturer’s website, they state that PurCaf® is a highly water soluble powdered caffeine extract that’s standardized at 95% pure caffeine from green coffee beans. It’s a non-GMO, GRAS (general recognized as safe) caffeine source, and has a neutral taste proﬁle.


Green Coffee Beans still awaiting ripening perfection. Image provided by Applied Food Sciences
Meanwhile, anecdotal reports (ones I agree with) are that PurCaf provides a smoother-feeling energy hit than caffeine anhydrous.
Yet that’s still not enough for us. So if we have ~95% caffeine, what’s in the other ~5%? And how pure is that competing caffeine anyhydrous in everyone else’s supplements?
Who else to ask than Kaged Muscle’s formulator, Brian Rand, who we call their “executioner” because he’s the man who’s making Kris Gethin’s demands really happen behind the scenes!