Viruses are great equalizers, but a broken and backward healthcare system hasn’t helped. 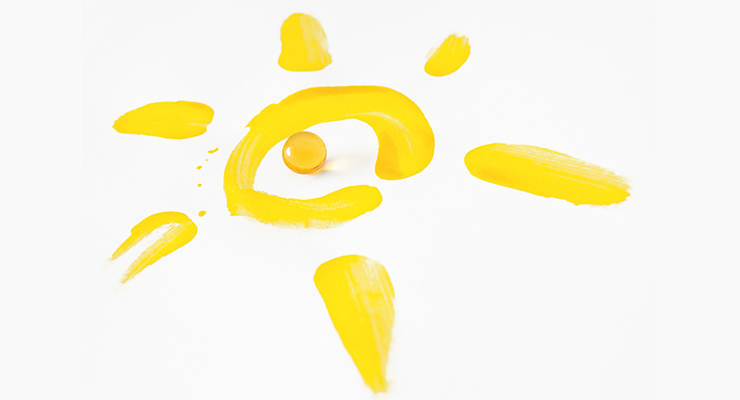 I have struggled to find the words to write this column during a pandemic that threatens our health and our livelihoods. I still remember the first Monday in March; as the plane door closed in Baltimore for my flight to Los Angeles, I received a text from the marketing department at Venable informing me that Natural Products Expo West was cancelled due to worries over the spread of COVID-19.

Like many of us at that time, I felt alone, isolated and wondering when there might be answers to the rising questions and concerns. The rash of cable news stories certainly did nothing to lift anyone’s spirits. Over the next couple of weeks, the death toll and destruction of this novel virus became ingrained in our collective consciousness.

For us, we fear today for our children. I fear for my daughter who was accepted to Boston University during this time, but missed out on “rites of passage” like senior ditch day, senior prank day, senior beach week, and graduation. This was no time to celebrate, just despair and wonder when this will come to an end.

The news about potential treatments and the timeframe to develop a vaccine only contributed to our stress. We worried over PPE and whether to reopen or keep society shutdown. We worried about the impact not only on our lives but our extended families, neighbors, and fellow citizens. And we all wondered how this all came to be.

My daughter would say that viruses are the great equalizers because they are stealthy, but this virus is particularly peculiar and chameleon like. It does not necessarily see the difference in class, yet it seems to bring those contrasts to light. It appears to have its greatest impact on individuals who do not have the means to get the treatments that others may afford, or have access to. It appears to take the lives of perfectly healthy individuals, just not at the same rate as the elderly or those with other comorbidity factors.

Why was our healthcare system not ready for this different type of invasion? Many will blame the Trump Administration, but based on my experiences, I believe the response would have been about the same regardless of the party in power—except maybe the level of bluster and arrogance that exists on both sides of our political divide would have been tempered.

Nutrition Matters
Over the last six weeks I have pondered why this pandemic is so bad. I read just about everything on cytokine storms to incubation to antivirals to malaria drugs. What I have not read, however, is whether our nutritional status matters. This is where I believe our healthcare system has failed us, and will continue to fail us until we understand that nutritional status is as important a factor as any in determining disease outcomes. While it doesn’t help that unscrupulous marketers within our industry hype unproven products to prevent infection or fight this disease, in every falsehood there can be a kernel
of truth.

Let’s be honest, we are not a healthy population at large. Even those who appear healthy may be nutritionally deficient. To voice these ideas of course is branded heresy. Nutrition has nothing to do with anything; but the communities suffering the most in this epidemic tend to be the forgotten people of our society.

Less affluent populations are more likely to be deficient in specific nutrients and unable to afford proper supplementation. One recent analysis indicated populations that are deficient in vitamin D have worse outcomes from COVID-19 than those that are not. Of course, the media and experts will argue there is no double-blind, placebo-controlled study to support that conclusion. And they would be correct. But sometimes common sense should be applied.

This reminds me of a meeting between FDA and the Organic and Natural Health Association over ONHA’s request for a health claim that stated supplementing with vitamin D helps reduce preterm birth. As part of the filing, ONHA submitted a study that showed increasing the status of vitamin D, especially in lower income and minorities, decreased the risk of preterm birth.

One FDA scientist responded by saying the study was flawed because it failed to control for the sun. I responded that these are lower-income working women, so it’s doubtful they were sunbathing in the middle of the summer in South Carolina. Further, I argued, FDA’s position lacked common sense.

The agency’s reply to my comment still sticks with me; they said science does not recognize common sense. While my colleagues held their tongues, I took a deep breath and simply stated, “That is why nothing ever gets done.” Indeed, almost 80% of illness in the U.S. and around the world is related to nutritional status in one way or another, but we ignore it because science does not recognize common sense.

A Broken System
We don’t have time to run 10-year clinical trials to determine whether changing nutritional status will help in a pandemic, but common sense suggests it might. No, it will not help those who have significant comorbidities, but then again, nor will many antiviral medications. At that point, common sense tells you it is too late.

However, maybe having a strong immune system in the first place will keep the disease from progressing to that point. Maybe balancing inflammatory response will help reduce the likelihood of a cytokine storm from occurring. Just maybe, if we are honest with ourselves, we can help reduce disease risk during a pandemic by promoting health rather waiting for our disease-treatment model to fail us. Indeed, our healthcare system has failed us, particularly the less fortunate.

Importantly, it is not because Republicans are heartless, nor that Democrats spend just to spend without any real goals in mind. Rather, the healthcare system that both parties have built is designed to treat disease, not promote health.

Indeed, we are constantly on the search for a magic bullet, rather than designing a system that makes being nutritionally healthy affordable or wise. If anything, this pandemic has proven that our disease-based system is broken, and it is time to redefine healthcare. It is the reason that I strongly believe in the Organic and Natural Health Association, because it believes in making a difference in health. It believes that changing the nutritional status of individuals is more important than pontificating on how to effectuate meaningless changes to dietary supplement regulation that will not have any impact on the health of society nor make nutrition affordable for everyone.

We should all take time during this difficult period and assess what is truly important and do something that will make a real difference. The fact is by the time you read this article, the country will start reopening long before we have reliable therapeutics, or a vaccine, which begs the question: how do we put ourselves, families, neighbors, and those less fortunate in the best position to survive this pandemic? I believe the best way is to increase the nutritional status of every single person. Only then will we have a fighting chance over the next 12 to 18 months. Let’s stop having our voices drowned.

Todd Harrison is partner with Venable, which is located in Washington, D.C. He advises food and drug companies on a variety of FDA and FTC matters, with an emphasis on dietary supplement, functional food, biotech, legislative, adulteration, labeling and advertising issues. He can be reached at 575 7th St. NW, Washington, D.C. 20004, Tel: 202-344-4724; E-mail: taharrison@venable.com.
Related Searches
Related Knowledge Center