Products that are safe, efficacious, convenient, and condition-specific will continue to attract a loyal following. 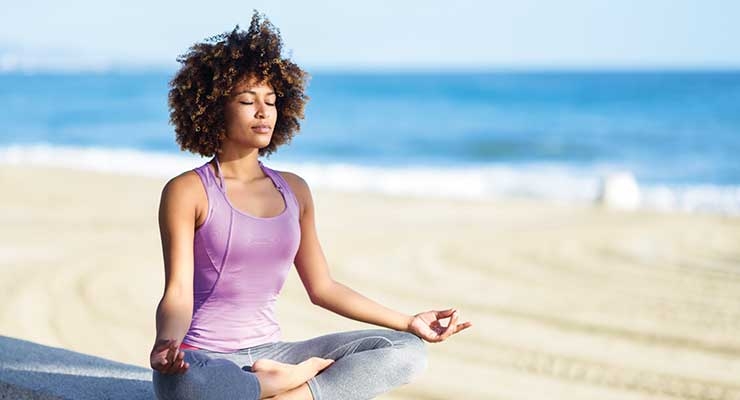 Women face unique challenges throughout their lives. In 2018, women earned 85% of what men did for the same work, according to a Pew Research Center analysis of median hourly earnings of both full- and part-time workers in the U.S. Based on this estimate, it would take an extra 39 days of work for women to earn what men did in 2018.

Nationwide, 81% of women (and 43% of men) reported experiencing some form of sexual harassment and/or assault in their lifetime, according to a national study based on survey data collected in January 2018 on behalf of the non-profit group Stop Street Harassment.

Unique Health Considerations
Women are twice as likely as men to experience depression, according to the National Institutes of Health Office of Research on Women’s Health (ORWH), with some women experiencing mood symptoms related to hormone changes during puberty, pregnancy, and perimenopause. Women are also more likely to admit to negative mood states and to seek treatment for mental health issues, compared to men.

In terms of heart health, the blood vessels in a woman’s heart are typically smaller in diameter and much more intricately branched than those found in men, according to ORWH. Those differences offer one explanation for why women’s vessels may become blocked in a different pattern than those in men. Women’s heart attack symptoms and the patterns seen on a heart-screening test can differ, sometimes leading to a wrong diagnosis, or potentially leading to failure to recognize the signs of an oncoming heart attack.

For example, the most common heart attack symptom is chest pain or discomfort for both men and women. But women are more likely than men to have shortness of breath, nausea and vomiting, fatigue, and pain in the back, shoulders, and jaw.

Osteoporosis is more common in women because they have less bone tissue than men and experience a rapid phase of bone loss due to hormonal changes at menopause.

Women and girls are more likely to injure their knees when playing sports, in part due to their knee and hip anatomy, imbalanced leg muscle strength, and looser tendons and ligaments, according to ORWH. Knee injuries such as ACL tears dramatically increase a person’s risk of developing osteoarthritis later in life.

Two thirds of people 40 and older who are visually impaired or blind are women.

With physiological differences between men and women, NIH has urged scientists to include more women in clinical studies and to analyze data based on sex (which is biological) and gender (which is a social construct).

Evolving Needs
Health needs shift significantly over a woman’s lifespan, primarily based on hormone changes, noted Kate Quackenbush, communications director with NattoPharma. “The one constant is that we need to build a strong foundation for health as early as possible to carry us gracefully into aging, minimizing health issues as we go forward.”

Take bone health, for example, she said. “Up until the age of 30, women are building bone. Once we hit age 30-35, we achieve peak bone mass, meaning that is the top we will attain in our lives, and from there it is a steady decline. But once women hit their pre- and menopause years, hormone changes cause a steep drop off in loss of bone mass. In women’s early years, they need vitamin K2 to help them grow strong bones; in their later years, they need K2 to help impede bone loss.”

Osteocalcin binds calcium to the bone mineral matrix, leading to stronger, denser bones; MGP inhibits calcium from depositing in arteries and soft tissues where it can cause calcification and restrict healthy blood flow.

“Two NattoPharma studies highlight the impact that a daily nutritional dose of MenaQ7 Vitamin K2 as MK-7 has on supporting both bone and cardiovascular health,” she continued. A group of 244 healthy postmenopausal women took 180 mcg daily for 3 years and showed: maintenance in both bone mineral content and bone mineral density were statistically significant in the MenaQ7 group, as well as improved bone strength (Osteoporosis International, 2013); and MenaQ7 inhibited age-related stiffening of the artery walls, while also leading to a statistically significant improvement in vascular elasticity (Thrombosis and Haemostasis, 2015).

These benefits are not reserved exclusively for healthy postmenopausal women, either.  “We need to consider supplementing with K2 as early as possible, giving us the best chance at developing a strong foundation of bone and cardiovascular health,” Quackenbush said.

According to Mariko Hill, product development executive, Gencor, the health needs of women change particularly during adolescence, with puberty, and between the menopausal age of about 45-55 years. “For women’s health, the menopausal stage of life is the most crucial when it comes to supplementation,” she said. “With age, levels of hormones such as estrogen, progesterone, and testosterone naturally decrease, which can lead to symptoms such as low libido and night sweats. This decline in hormone level is also often associated with decreased bone density and muscle mass, which inevitably influence strength and mobility.”

The decrease in these hormone levels will have an influence on libido and physical health, thus the use of supplementation, such as Libifem (Trigonella foenum-graecum), can help alleviate certain symptoms associated with aging, she added. “Additionally, estrogen and testosterone play a huge role in muscle and bone health, which is crucial at all stages of life. Products like Libifem can support a healthy body composition by maintaining healthy hormonal levels (estrogen and testosterone).”

Another study showed significant reductions in the number of hot flashes and night sweats experienced among menopausal women taking Libifem. Improvements in other menopausal-related symptoms, such as psycho-social (emotional well-being), physical, and sexual functioning were also observed (Phytotherapy Research, 2017).

These findings are most likely attributed to the furastanol saponins found in the seeds, which increase the body’s efficiency of converting cholesterol to estrogen. These steroidal saponins also exhibit estrogenic effects by binding to estrogen receptors, said Hill.

Setting Expectations
Like any other demographic, women expect their health products to be safe, deliver promised benefits, and to be manufactured to the highest standard, said Quackenbush. “Selecting quality, clinically proven ingredients (like MenaQ7 Vitamin K2 as MK-7) gives manufacturers the best chance of delivering on these completely rational demands.”

Earning attention on crowded shelves ultimately comes down to products formulated specifically to meet women’s unique health needs, and using approved structure-function claims that do not overpromise what a product does, she added.

Honesty and transparency go a long way, according to Tim Hammond, vice president of marketing and sales, Bergstrom Nutrition. “Women living in this information-driven age are empowered to learn more about products and their health in a variety of ways and are striving for ways to separate facts from fiction.”

Another published study demonstrated that 1 gram per day of OptiMSM provided visible benefits to both hair and nails within two weeks.

The company is also pursuing female-specific research based on the results of a yet unpublished study, Hammond said. “The initial data suggests OptiMSM increases collagen cross-linking and supports connective tissues.”

“Bergstrom Nutrition recognizes nutritional needs differ significantly between genders and sees nutritional support for women as an under-developed market with huge potential,” he added. “We plan to focus OptiMSM research on the overlooked dietary needs of the female population and look forward to leveraging the growth possibilities and opportunities that a female-focused approach presents.”
Related Searches
Related Knowledge Center