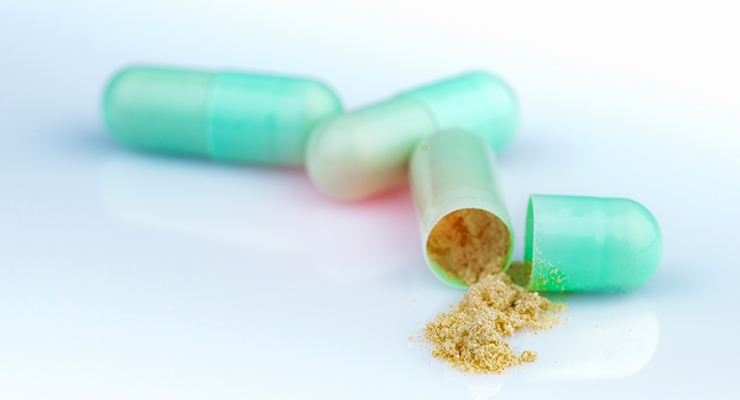 It has been many years since I first advocated for significant changes to the Dietary Supplement Health and Education Act (DSHEA). Early on, most of my suggestions and recommendations were viewed as too radical to implement. The trade associations said opening up DSHEA would be a huge mistake. Yet, here we are on the verge of DSHEA 2.0. But the changes being proposed remain cosmetic at best and will have no real significant impact. In short, they are quaint, and far from the revolutionary approach I have advocated for in the past, and today.

The changes that I am encouraging would have a real, positive impact on industry and also significantly benefit consumers. So, let me be clear. I continue to support an upgrade to DSHEA, but 2.0 is not enough. We need radical changes to the laws.

For instance, product registration and listing does nothing when there is no enforcement mechanism. It is mere window-dressing. The powers that be know that. The abuse of the new dietary ingredient notification (NDIN) system through bogus self-determined GRAS (generally recognized as safe) documents are simply wrong. Not providing a path to make meaningful claims based on real science is still missing from 2.0, and it shouldn’t be.

Let’s be bold and compel meaningful changes that will bring real stability to the industry and increase consumer confidence in the products companies are marketing. And, while we’re at it, let’s bring cosmetic regulation into the 21st Century so we market claims that actually make scientific sense.

Next-Generation DSHEA Proposals
With that said, here is my hit list that will strengthen DSHEA 2.0 into DSHEA 10.0. A word of caution: my hit list is not for the weak or feebleminded; it represents real change that would have a significant impact for the better:

1) Registration and listing should be passed, but we need to ensure compliance. Make all contract manufacturers responsible for ensuring the products they are producing for marketing companies are registered and listed by simply stating that all products manufactured will be considered adulterated as a matter of law if they are not registered with FDA.

2) The preclusion provisions of DSHEA are simply out of touch and not what Congress intended. Instead of only making hemp exempted, all botanicals should be exempted. However, the exemption can only be exercised by a company if it files an NDIN for the ingredient, demonstrating reasonable assurance that the dietary ingredient does not pose a significant or unreasonable risk of harm under ordinary conditions of use.

3) Do away with the “food supply” exception to the NDIN unless the ingredient has been the subject of an actual GRAS Notification to FDA. Too often, these self-determined GRAS dossiers simply do not pass the laugh test but are used to avoid notification. If it is truly GRAS, then file the NDIN. Beware consultants and lawyers who tell you to self-determine GRAS status in order to avoid NDINs; that pretty much tells you the quality of work that will go into
the dossier.

4) Require NDINs for all nano-sized particles. If it is found that an ingredient is nano and an NDIN is not filed, the penalties should be significant—$2,500 per violation for each product sold containing a nano particle that is not notified.

5) Attach actual penalties to not filing an NDIN when it is required. I like the $2,500 per violation.

6) Reset the grandfathered date except for nano particles and botanicals that are also approved drugs. I would reset it to 2020 with a requirement that industry submit a list of the ingredients presently in the market to FDA within 6 months of passage and that FDA finalize that list within 6 months thereafter.

7) Add a new concept to the act simply called “Substantial Equivalence.” An NDIN is not required if the new ingredient being marketed is substantially similar to an existing ingredient. For instance, if all the manufacturer has done is come up with a more concentrated form (i.e., a different standardization), the company can simply notify FDA as to why it is substantially equivalent, but additional safety information is not required to be filed. The purpose of this change is to allow for innovation that does not change the safety profile on the ingredient. This provision will not apply to nano-size particles.

8) Permit OTC drug claims for finished products, as opposed to dietary ingredients, through an FDA-clearance process where companies actually submit evidence from a clinical trial on its product to FDA for claim approval.  To avoid copycat products, grant the company a limited exclusive period of 36 months for its product formulation in which other companies can’t simply copy the formula and make a typical OTC drug claim.

I would further extend this to structure/function claims and not simply limit it to OTC drug claims. To further encourage the clearance process, all claims cleared by FDA would be precluded from class action lawsuits, FTC investigations, and state AG investigations. I would also create a private cause of action on behalf of companies that received clearance for the claims to police the industry during the period of exclusivity.

Of all my proposals, the time has come for this particular one, as it creates incentives for further research. This also eliminates the issue as to whether an individual ingredient will interfere with another. I would further recommend an approach that would require a user fee, no more than $10k, for FDA review and would include FDA reviewing the protocol for a study. These clinical trials must be exempt from the IND requirements of the FDCA. Finally, companies will not be able to cheat the system through use of comparative and “compare to” claims against cleared products. I would further amend the law so that damages would be total sales trebled.

A New Complexion
I admit my proposals may be viewed as radical by many and that it will ultimately change the complexion of dietary supplements—and dare I say it, make them more like drugs, but we all know that consumers use these products to treat self-limiting conditions.

Consumers deserve assurance that these products 1) do not pose a significant or unreasonable risk of harm, and 2) that the products they are taking for common ailments—such as osteoarthritis, bursitis, cold prevention, acid reflux, insomnia, etc.—actually do what they claim to do.

With that said, I would still keep the basic structure of DSHEA in place, but with an updated grandfathered list. Those that do not want to go through the clearance process do not have to, but then they cannot make comparative claims or “compare to” claims.

At some point, we need to bring sanity back to the world. It’s past time. These are necessary changes that may seem radical, but in reality, they are common sense solutions that make our industry better and increase confidence. Yes, these updates punish bad actors, but will not eliminate them completely. However, at the same time, these suggestions reward bold, innovative companies with real claims, with real financial incentives to out-compete their competition. Let’s be bold and do right by our customers.

Todd Harrison is partner with Venable, which is located in Washington, D.C. He advises food and drug companies on a variety of FDA and FTC matters, with an emphasis on dietary supplement, functional food, biotech, legislative, adulteration, labeling and advertising issues. He can be reached at 575 7th St. NW, Washington, D.C. 20004, Tel: 202-344-4724; E-mail: taharrison@venable.com.
Related Searches
Related Knowledge Center