What should companies selling in this market take away from recent regulatory actions and statements, and what may happen next? 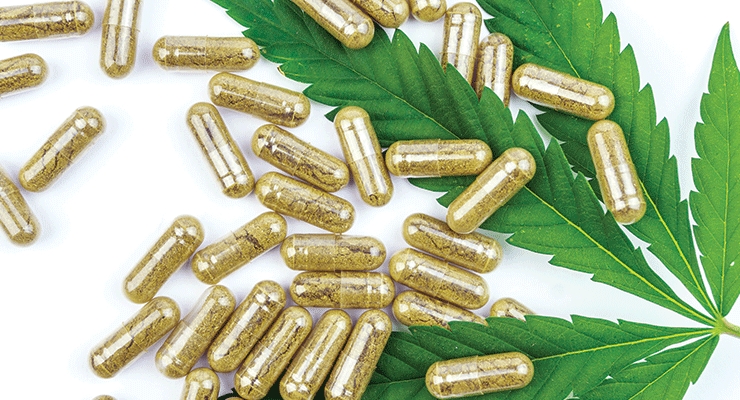 FDA has taken the position that CBD cannot be sold as a food or a dietary supplement.
By Sean Moloughney, Editor, Nutraceuticals World03.02.20

Amid the chaos and excitement around CBD (cannabidiol), it’s important for companies and brands to be mindful of evolving regulatory matters. In this Q&A briefing, Rend Al-Mondhiry, partner at the law firm Amin Talati Wasserman, LLP in Washington, D.C., reviewed current legal issues and offered analysis on how to navigate a complex and fluid landscape.

Nutraceuticals World (NW): Who regulates the sale of hemp-derived products in the U.S.?

Rend Al-Mondhiry: FDA, FTC, and states are the key regulators to watch right now when it comes to hemp food, dietary supplement, and cosmetic products in the U.S. Just briefly, FDA has primary jurisdiction over product formulation, manufacturing, safety, and labeling of these products while FTC governs advertising and claim substantiation.

States also have their own rules that can overlap with FTC and FDA rules, but what we’re seeing in the hemp product space is a number of state requirements in addition to federal requirements, such as specific labeling and testing mandates. USDA also plays an important role, but it primarily focuses on the regulation of hemp plants and the rules for legally cultivating hemp in the U.S., rather than the sale of hemp-derived ingredients or products.

NW: Is it currently legal to sell CBD in the U.S. as a food or dietary supplement?

Al-Mondhiry: FDA currently takes the position that CBD cannot be sold as a food or a dietary supplement because it was studied and approved as a drug before it was marketed in a food or supplement, referred to as the IND preclusion (investigational new drug). The agency has expressed this position in a Q&A, various public statements, and in Warning Letters, none of which are final agency actions, but obviously FDA’s interpretation of the law is an important consideration when marketing products under its jurisdiction.

Also, these actions don’t appear to represent a final agency determination because in several statements FDA has indicated it’s considering regulatory pathways that would otherwise allow the use of CBD in food and supplements, as permitted under the law. A number of courts have also recognized that Warning Letters are not final agency actions, and in the recent class actions involving CBD products, at least one court has stayed the litigation citing FDA’s ongoing review of CBD.

Al-Mondhiry: The law gives the agency discretion to allow the use of the article that would otherwise be precluded from use in food or dietary supplements. FDA has publicly stated that it’s considering this pathway, but it’s unclear if the agency will actually pursue this due to concerns about safety and the impact on drug development, and what the timeline might be for such action. The expectation is that CBD ingredients would be subject to all the same rules that currently apply to supplement and food ingredients, but it’s possible that if FDA were to proceed with a pathway for CBD in these products it could come with additional “guardrails” or rules for use.

NW: What are your key takeaways from FDA’s recent statements and warning letters about CBD and potential safety concerns?

Al-Mondhiry: The agency is clearly concerned about potential safety gaps, specifically lack of data regarding long-term exposure to CBD. FDA has also raised concerns about liver toxicity and the effect of CBD (and the low levels of THC found in some hemp products) on vulnerable populations like children. Other concerns include the presence of heavy metals and other contaminants in hemp/CBD products due to a lack of sufficient cGMP controls.

NW: How have states responded to the confusion and uncertainty around CBD?

Al-Mondhiry: States are taking a variety of approaches to addressing CBD given the lack of clarity from FDA, so we currently have a patchwork of different state rules for CBD and hemp products. While some restrict the use of CBD altogether in food and supplements, others are expressly permitting its use but establishing testing, labeling, and registration requirements for such products. This has created confusion for both the industry and consumers, but I don’t see a slow down as more states continue to introduce legislation to regulate these products.

NW: What other legal pitfalls should companies be mindful of?

Al-Mondhiry: In addition to FDA rules, companies need to ensure any claims—including product reviews and social media content—are compliant with FTC’s substantiation rules. We’ve already seen some FTC Warning Letters to companies (on its own and jointly with FDA), and it’s likely that FTC is already investigating companies for making unsubstantiated and misleading disease claims about their CBD products.
Another set of regulators to watch is the state attorneys general, who have broad jurisdiction to target potentially deceptive claims or fraudulent products. Products sold to California consumers are also subject to Proposition 65, which requires products to include warnings if certain chemicals are found in the product. There are 800+ chemicals on the Prop 65, including pesticides, at least one terpene, and THC will be listed next year. And of course, there’s the ongoing threat of class action lawsuits targeting this space.

NW: There have been a few class-action lawsuits filed in relation to CBD products. Can you briefly explain the legal scenario in those cases?

Al-Mondhiry: There’s actually been a variety of challenges lodged by class action plaintiffs. We’ve seen suits targeting THC-free claims, where consumers used products labeled as THC-free and then were fired from their jobs after failing a drug test. Then we saw suits focused on the labeled content of CBD, where testing allegedly showed that the product contains less CBD than listed on the label.

More recently, we’ve seen lawsuits alleging that CBD products are falsely advertised as dietary supplements, citing FDA’s current position on CBD as well as alleged disease claims. As noted above, so far one court has put one of these suits on hold pending further action by FDA—this was a suit concerning label content of CBD, so we anticipate other courts may do the same especially in the suits targeting labeling as a dietary supplement (or food).

NW: What are your expectations for CBD moving forward?

Al-Mondhiry: FDA should be providing an update on CBD in the coming weeks. In report language that accompanied a FY2020 Appropriation bill passed last December, Congress directed FDA to issue a progress report within 60 days regarding its efforts to help determine a formal policy of enforcement discretion for CBD, so we are close to that deadline. The same language directs FDA to study the current CBD marketplace to determine the extent to which products are mislabeled or adulterated and report to Congress in 180 days (the bill also gave FDA $2 million toward these efforts).

We could also see additional Warning Letters from FDA. There were 22 issued in 2019, the most we’ve seen since FDA began issuing these letters to companies in 2015, and FDA is under a lot of pressure to “do more” to enforce against the CBD market. We could also see more class actions, possibly involving the presence of contaminants like heavy metals. I think we’ll also see more attention from Congress on CBD, but it’s unclear if Congress will actually step in and legalize CBD for use in food or supplements—Congress has expressed frustration about FDA’s lack of action, but members also recognize the agency’s safety concerns and may be hesitant to step into FDA’s shoes and make a decision ahead of the agency.

Finally, as noted, we expect to see more states stepping in to regulate hemp and CBD products given the continued lack of clarity at the federal level.