CBD in the Clinic: How Practitioners View Life After the Farm Bill

Holistic, functional medicine practitioners see therapeutic value of CBD and have confidence in its efficacy for a range of common health concerns. 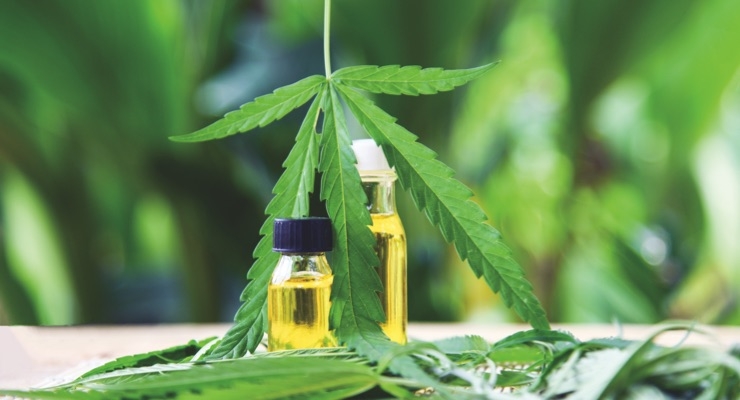 Passage of the Farm Bill of 2018, and the concurrent FDA approval of Epidiolex—the first prescription drug derived from Cannabis sativa—were landmarks in the evolution of the market for cannabis and its popular derivative, cannabidiol (CBD).

How are medical practitioners responding to these seismic changes? In Holistic Primary Care’s 2019 practitioner survey, we sought to find out.

The survey—fielded last spring—included a suite of questions about CBD, cannabis, and hemp, and generated responses from 360 clinicians.

Not surprisingly, the data indicated that CBD is very much a part of routine clinical practice in the world of holistic medicine, and that practitioners generally view it as effective.

However, many expressed concerns about the influx of poorly made, spiked, or fraudulent products now flooding the market.

At the same time, they’re also wary of the machinations of the pharmaceutical industry as it tries to stake its claims on cannabis therapeutics.

A few quick demographics on the survey’s respondents: 32% are medical doctors, 15% are naturopaths, another 10% are osteopaths, 9% are nurses, and 7% are chiropractors. The remainder represented a wide range of practitioner sub-types, including acupuncturists, pharmacists, nutritionists, health coaches, and homeopaths.

Nearly all (95%) take supplements and natural products for their own health, and 65% dispense products in their offices.

Enthusiasm for CBD
More than half of these practitioners—54% to be exact—currently recommend non-prescription CBD-containing products to their patients.

Another 17% are using both prescription (Epidiolex) and non-prescription forms of CBD. However, none of our respondents are recommending prescription Epidiolex exclusively.

Notably, the conventionally-trained MDs in our cohort tracked very closely with the cohort as a whole in terms of their attitudes toward CBD.

The FDA’s approval of Epidiolex has had limited impact on our respondents’ views about the medical benefits of cannabis-based treatments. But that’s largely because most of them were already onboard with CBD and cannabis long before it became a pharmaceutical.

More than two-thirds (69%) said they were already convinced of the therapeutic value of cannabis compounds prior to the approval of Epidiolex. Another 16% stated that while the approval did not thoroughly convince them of CBD’s medical value, they are now more willing to look at clinical research on CBD and other cannabinoids.

And 13% said that approval of Epidiolex has made them more open to the medical value of cannabis.

Impact of the Farm Bill
Likewise, the 2018 Farm Bill—an historic piece of legislation widely lauded by industry as a legitimizing moment—has had limited, though significant, impact on holistic practitioners.

Given that HPC’s respondents are strongly self-identified as “holistic” or “functional” medicine practitioners, it’s not surprising that so many are already utilizing CBD in their clinics, or that the Epidiolex approval and the Farm Bill had limited impact on their attitudes.

For the majority of our audience, cannabis and cannabis-derived substances needed no legitimization from governmental agencies. A cohort of more conservative mainstream doctors would probably have shown a different response pattern.

Verbatim comments from our survey contained some valuable signals about the subtle but important ways the federal government’s moves are impacting day-to-day practice.

One respondent wrote: “I was recommending (CBD) before. Since the passage of the Farm Bill I’m more comfortable carrying products in office.”

Another suggested that the Farm Bill’s biggest impact may be on patients who’ve been curious but reluctant to try CBD.

One thing is certain: our practitioners want more information about cannabis and CBD. This topic is tied with the microbiome for first place among subjects about which our readers most want to learn.

Nearly two thirds (62%) of respondents indicated a desire for greater coverage of cannabis and CBD in Holistic Primary Care.

Concerns About Over-Hype
While our respondents generally view CBD as reliable and effective, some voiced a concern that the benefits are being over-hyped.

“I am concerned Cannabis has been touted as a panacea. I’m sure it has benefits or it wouldn’t have been used for so many years. However, there are side effects and risks to everything, and these are not being considered or publicized carefully enough,” wrote one practitioner.

Several others called for more research to substantiate the bold disease treatment and prevention claims or insinuations that have become prevalent in the marketplace, despite very clear FDA prohibitions against making such claims.

There are other issues beyond product quality, unsubstantiated claims, and the potential for direct cannabis-associated adverse effects. One respondent pointed out that chronic, long-term use of CBD or other hemp-based substances may confound a practitioner’s ability to figure out what’s going on with a particular patient.

“I find that the use of these products may obscure other clinical signs and progress, and interfere sometimes with the homeopathic medicines and the assessment of the response to them.”

Wary of Big Pharma
Many holistic practitioners—like many of their patients—are wary of the pharmaceutical industry. The Epidiolex approval struck many survey respondents as a brazen move on the part of Big Pharma to exploit an herb that it once vilified.

A number of respondents voiced concern that the pharmaceutical-ization of cannabis will lead to higher prices, restriction of access, and ultimately exclusion of people who would potentially benefit from CBD and other cannabinoids.

“Epidiolex is the pharma mafia’s fractionalized version of cannabis. What families with kids with epilepsy can afford $32,000 year and no insurance covering it? It is pure greed on big pharma’s part,” wrote one practitioner. “Cannabis is a vegetable and people should be able to grow their own!”

Isolates vs ‘Full Spectrum’
Though the survey did not specifically include questions about preferences for CBD isolates compared to “full-spectrum” hemp oils, it is clear that this distinction is known to practitioners, and on the minds of some.

“I think Epidiolex as a single CBD compound is Big Pharma’s way of getting in the Cannabis market and ignores the power of whole plant therapy.”

But the reality is that, at this point in time, terms like “full-spectrum” and “whole-plant” are marketing language, not scientific definitions. No regulatory agency has published an official definition of “full spectrum” hemp.

There’s a vague consensus within the supplement industry that the term signifies an extract of hemp leaves (not seeds) that contains a number of other naturally occurring cannabinoids in addition to CBD, but minimal levels of THC. But there’s no clear definition about which cannabinoids must be present in the “full spectrum” and in what quantity.

Anthony Almada, a nutrition industry consultant who heads IMAGINutrition, noted that cannabis produces more than 1,000 unique chemicals, with more still to be characterized. Validated analytical methods have yet to be defined for most of the constituents of this plant.

At most, the “full-spectrum” products currently on the market are testing for 30-40 chemical constituents.

He likened hemp to wine grapes: one can predict the general chemical profile of a certain type of grape, but this profile changes depending on cultivation region, soil, weather conditions, harvesting and handling. The same is true for hemp, and really, for all herbs.

This is one of the major distinctions between minimally processed herbal extracts, and highly purified single-constituent pharmaceuticals. Given the current state of regulations, CBD products blur that line: there’s the highly-purified prescription drug form (Epidiolex), and there are hundreds of products being sold as full-spectrum “CBD hemp oil” or variations of that wording.

To varying degrees, CBD companies are insinuating therapeutic equivalence between their products and the prescription drug form. They often cite studies done with Epidiolex or other CBD isolates, to support their proposed benefits.

Practitioners—especially those who have a lot of experience with cannabis—are aware of these distinctions. But their patients often are not, and this puts them in the position of having to educate their patients, and help them to separate the true signals from the noise.

In general, Holistic Primary Care’s practitioner audience sees value in non-prescription CBD as a therapeutic tool. They have confidence in its efficacy for a range of common health concerns. It is up to the industry to continue earning that confidence, and to ensure that it is not betrayed. 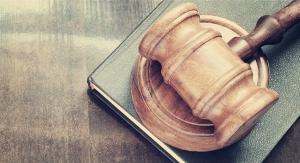 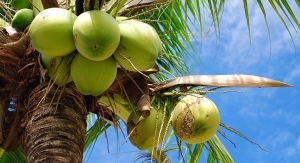 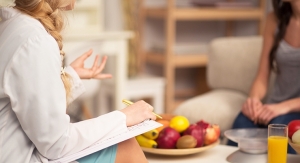 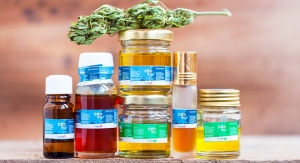 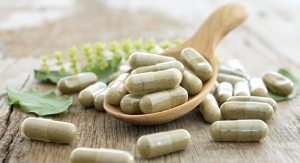 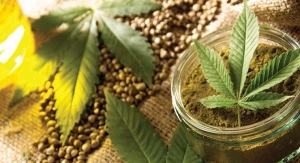 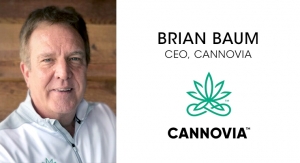 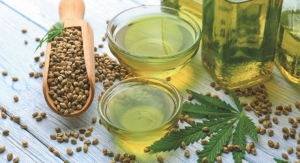 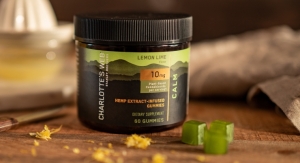 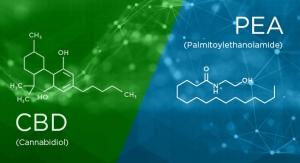 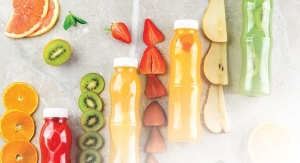 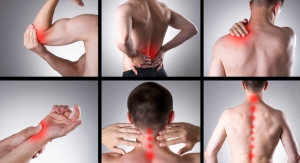