Researchers to evaluate specific blend of nutrients and probiotics.

There is increasing evidence to suggest that a mother’s nutritional status at the onset of pregnancy has a profound effect on the growth and development of her baby, and that a good nutritional status during pregnancy reduces the risk of pregnancy complications as well as the risk of metabolic disease in the infant. In an endeavor to improve the health of mothers and their babies, a specific blend of nutrients and probiotics, will be tested in a multi-center clinical trial.

In collaboration with the Nestlé Research Center, researchers of the international EpiGen Global Research Consortium and the National University Hospital Singapore will assess the effects of the nutritional solution, consumed both before and during pregnancy, on maintaining healthy blood sugar, vitamin and mineral levels in the mother, sustaining a healthy pregnancy, and on promoting healthy growth and development of her infant. In addition, the potential impact of the nutritional solution on underlying epigenetic mechanisms—subtle changes in the expression of the baby’s genes—will be evaluated.

The study titled “Nutritional Intervention Preconception and during Pregnancy to maintain healthy glucosE levels and offspRing health” (NiPPeR), will recruit 1800 women before pregnancy across three centers in Southampton (United Kingdom), Singapore and Auckland (New Zealand). Participants will be asked to take the nutrient blend twice a day before becoming pregnant and to continue consumption during pregnancy.

To our knowledge, this is the first study to examine the impact of specific nutrients, from before conception through pregnancy, on both maternal and infant metabolic health.

Chief Investigator Keith Godfrey, Professor of Epidemiology and Human Development at the University of Southampton, commented: “The pre-conception phase is very important to ensure women are getting the best nutrition in preparation for their pregnancy. By starting before conception, we hope that there will be better outcomes for the mother and baby. Should significant impact on maintaining health and supporting early development be demonstrated, it could have implications for health policy and strengthen arguments for the provision of pre-conceptional nutritional advice to the general population.”

This trial is the latest study in the partnership between the EpiGen Global Research Consortium and the Nestlé Research Center, a collaboration which was initiated in 2011 to study how the diet and lifestyles of pregnant women influence the activity of their baby’s genes, and thereby, the growth and development of their infants.

“We are excited to move into this next stage of our collaboration as it harnesses the knowledge generated thus far, to study a nutritional intervention aimed at improving the health of mothers and their children. The trial may also generate new information that can be used to advise women on the optimal nutrition during pregnancy for a healthy pregnancy outcome, and for the future health of their babies” said Thomas Beck, Head of the Nestlé Research Center.

Vitamin B During Pregnancy Linked to Child’s Eczema Risk 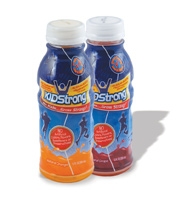 Chocolate Cravings May Originate in the Gut

HortResearch to Participate in Research Program