Desire for protein in the U.S. has translated into strong growth within the soyfoods category, with products such as energy bars, cold cereals and snacks with soy protein gaining popularity. According to sales data from Katahdin Ventures, the U.S. retail soyfoods industry totaled $4.5 billion in 2013, up from $1 billion just 17 years ago.

Significant growth followed the 1999 FDA approval of a health claim linking soy with heart disease reduction. This led consumers to seek out soyfoods for both health and philosophical reasons. Strong demand for soyfoods coincides with survey results that find more than 75% of consumers perceive soy products as healthy, according to the United Soybean Board 2013 Consumer Attitudes About Nutrition report.

“We’re seeing certain segments of the soyfoods market really excel as consumers seek out quick, affordable, and easy ways to get more protein—especially complete protein from a plant source that also provides other nutrients such as calcium, potassium and fiber,” said Soyfoods Association of North America Executive Director Nancy Chapman, RD. “Demand for traditional soyfoods remains steady, but consumers are seeking ideas for nutritious meals and fun new ways to use them more often.”

The report also suggested that consumers are becoming more adventurous with their palate. This includes trying new ingredients, better-for-you products, plant-based foods and international cuisine, which should help the soyfoods market grow steadily in future years.

Sales of soyfood products were led by the food bar category ($1.6 billion), which experienced rapid growth (17% CAGR since 2011), as did the overall snack bar category. Increased sales of bars with soy protein reflect the current national fascination with protein and meal replacements. Cereals (mostly cold cereals) with soy protein found breakout success in 2013 with a climb of 20.5% CAGR between 2011 and 2013 to $201 million, and soy-containing snacks experienced similar growth (24% CAGR since 2011) to $85 million on the back of the same trend. 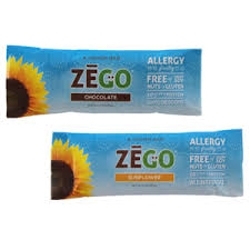 What Do Consumers Think About Soybeans?